An 18-year-old high school athlete in Massachusetts will not be going to prison after admitting to sexually assaulting two classmates after a house party earlier this year.

David Becker, of East Longmeadow, was sentenced last week to probation and he will not have to register as a sex offender, MassLive reports. He also has the opportunity to have the two convictions for felony indecent assault and battery wiped from his record if he fulfills the terms of his two-year probation.

Prosecutors had argued for two years in prison, the newspaper reports. Palmer District Court Judge Thomas Estes did not give a reason for the more lenient sentence, according to MassLive.

But Becker’s attorney, Thomas Rooke, told MassLive, “The goal of this sentence was not to impede this individual from graduating high school and to go onto the next step of his life, which is a college experience.”

The sexual assaults occurred after a party on April 2. Becker was arrested April 15 and was released from custody April 19 after a dangerousness hearing. He had been ordered to be on GPS monitoring and was barred from contacting the victims and from going to East Longmeadow High School.

1. The Victims Both Told Police They Woke Up to Becker Sexually Assaulting Them After the Party

The two victims, who were both also 18, told police that they woke up while David Becker was sexually assaulting them during separate incidents after the same party, WWLP-TV reported.

According to the police report obtained by the news station, the first victim said she was sleeping in an upstairs bedroom in a bed alongside the second victim after the party. She told police she woke up to find her pants were pulled down and that Becker “had his finger in her vagina, something she did not consent to.

The other victim told police she woke up in the middle of the night to the feeling of someone touching her breast, according to the report. She said she pushed the hand away, and then woke up again after someone “inserted a finger into her vagina.” She said she again pushed the hand away and fell asleep. The victim told police she woke up a third time when Becker left the room, saying goodbye to her.

Becker told police he put his arm around the first victim while the three of them were lying on the bed, and she “did not protest,” so he “thought it was okay,” the news station reports. Becker said that “because she did not stop him, he thought it was OK for him to place his finger in her vagina.”

Becker denied touching the second victim during his interview with police.

Becker pleaded guilty and was sentenced August 15. Prosecutors had asked for prison time.

“After careful consideration of all available information and a lengthy and thorough investigation by the District Attorney’s Special Victims Unit and the East Longmeadow Police Department, the recommendation of jail time was deemed appropriate and fair based on the facts and circumstances of the case,” Hampden County District Attorney’s office spokesman James Leydon, told MassLive in a statement.

Becker was initially charged with two counts of rape, along with the indecent assault and battery charge.

Judge Thomas Estes has not commented about the sentence. The victims were not in attendance during the sentencing. 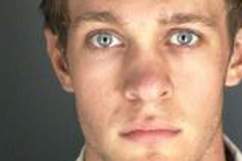 2. One of the Victims Says Becker Had the Nickname ‘David the Rapist’ Because of Accusations He Had Sexually Assaulted Others Before Her

One of the victims told School Resource Officer Michael Ingalls that Becker had earned the nickname “David the Rapist” at East Longmeadow High School because of accusations he had sexually also girls, according to court documents obtained by WWLP-TV.

Police told the news station they investigated the claims, but did not charge Becker in connection with any other incidents.

“Labeling him ‘David the Rapist’ is truly an unjust character assassination of what this individual has accomplished in the past,” Rooke told MassLive.

Rooke’s justification for calling the nickname “unjust” included the fact that Becker was a three-sport athlete at East Longmeadow High School and “clocked the second-most hours of community service in the class,” according to MassLive.

3. Becker Can Now ‘Have a Productive Life Without Being Burdened With the Stigma’ of Being a Sex Offender, His Attorney Says

Yes, the concern here should be that David Becker might be burdened for life, who cares about the women amirite?! pic.twitter.com/5M91yM9cMH

Becker’s attorney, Thomas Rooke said the sentence means a “promising life will not be thrown away” due to “one mistake at one moment on one night which was clouded with alcohol,” according to MassLive.

“We all made mistakes when we were 17, 18, 19 years old, and we shouldn’t be branded for life with a felony offense and branded a sex offender,” Rooke told the newspaper. “Putting this kid in jail for two years would have destroyed this kid’s life.”

Rooke said Becker, “can now look forward to a productive life without being burdened with the stigma of having to register as a sex offender.”

According to WWLP-TV, Becker sent text messages to one of the victims the day after the incident, apologizing. He wrote, “sorry, it’s my fault,” in the first message.

In a second message, Becker wrote, “Very sorry about last night I was very much in the wrong and was an embarrassment … I understand if I’m not your favorite person right now. Just wanted you to know that I really am sorry.”

The victim replied, “don’t even worry about it it’s all good.” She told police she didn’t know what else to say.

4. The University of Dayton Says Becker Will Not Be Attending the School, Despite His Attorney’s Claim He Would Be Going There

@BCelotto David Becker will not be attending the University of Dayton as a student this year.

Becker’s attorney, Thomas Rooke, told multiple news outlets that his client would be attending college. His probation was set up so he could serve it in Ohio, where he planned to attended the University of Dayton.

But on Monday, the school took to Twitter to say that Becker would not be going to the school this year. The university was responding to several angry Twitter users who asked them about why they were letting a rapist into the college.

This rapist is coming to @univofdayton and doesn't have to register as a sex offender. Plaster his image everywhere https://t.co/v3T9Jksetu

It is not clear if Becker plans to attend another school in Ohio or elsewhere.

5. The Case Has Drawn Comparisons to Brock Turner & Others Who Have Been Given Lenient Sentences on Sexual Assault Charges in Recent Months

The lenient sentence David Becker was given has drawn comparisons to the case of Brock Turner, a former Stanford University swimmer who was convicted of sexually assaulting a woman at a party. Turner was sentenced to just six months in jail, of which he’ll only serve three months, despite prosecutors pleas for a six-year prison sentence.

Judge Aaron Persky said “a prison sentence would have a severe impact on him” in deciding to send him to county jail. The case drew nationwide attention and outrage in June after Buzzfeed published the victim impact statement from the woman who was sexually assaulted.

At least three other cases in recent months have been similar to the sentences given to Turner and Becker.

John Enochs, a former Indiana University student and fraternity brother, pleaded down to moderate bodily injury in late June after being accused of raping two women at parties. He was given one year of probation.

Prosecutors told the newspaper that they will not oppose probation and treatment for Fifield, who was accused of forcing the victim to perform sex acts despite her repeatedly saying no.

Also this month, former University of Colorado student Austin Wilkerson was put on probation for 20 years and ordered to spend nights in jail for two years while attending school and work during the day. He faced up to life in prison after being found guilty of raping an intoxicated woman in 2014.

“I’ve struggled, to be quite frank, with the idea of, ‘Do I put him in prison?’ I don’t know that there is any great result for anybody. Mr. Wilkerson deserves to be punished, but I think we all need o find out whether he truly can or cannot be rehabilitated,” Judge Patrick Butler said, according to the Boulder Daily Camera.