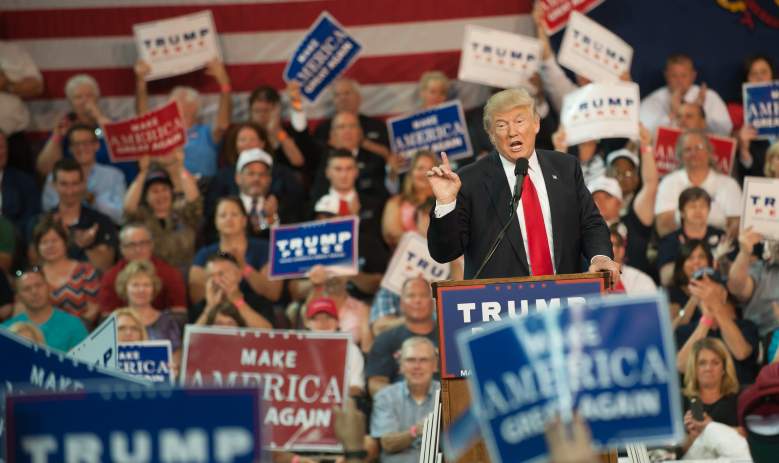 Donald Trump speaks to supporters at a rally at the Erie Insurance Arena. (Getty)

Hillary Clinton is ahead of Donald Trump by 13 points in Virginia, a new poll has found.

When Libertarian Gary Johnson is presented as a choice to those polled, he captures 12 percent of the vote in Virginia. Johnson was only able to reach double digits in Colorado and Virginia.

This is the largest lead Hillary Clinton has seen in Virginia since January, when a Roanoke College poll had her ahead by 17 points.

The announcement of Senator Tim Kaine as Hillary Clinton’s running made seems to have given her a bump in the Virginia polls, as her lead grew into double digits following Kaine’s selection.

Not every poll shows Donald Trump behind by so many points, though. In fact, a RABA Research survey conducted on July 26th and July 27th showed Trump leading Clinton by four points, 46 percent to 42 percent. This is an outlier, however, and no other poll has ever shown Trump winning Virginia.

In 2012, Barack Obama received 51 percent of the vote in Virginia compared to Mitt Romney’s 47 percent. Obama’s victory in 2008 was less narrow, as he took Virginia by six points.