A surveillance video shows a Houston social worker’s physical confrontation with a Metro police officer after she called 911 during a traffic stop to say she “was really afraid.”

ABC 13 says the Metro Police Department denies the officer harassed Earledreka White, 28, who was arrested after the traffic stop that some are comparing to the Sandra Bland case, although Bland died in jail.

White’s attorney, Zachary Fertitta, told the TV station, “(The video shows) she was not acting aggressive. She was not combative.” White’s attorney released the surveillance video that shows the arrest with the 911 call playing as it unfolds.

1. White Has No Criminal Record & Was Stopped For Crossing a Double White Line, Police Say

The police say White, 28, who has no criminal record and a master’s degree in psychology, was stopped “for crossing a double white line while driving,” ABC 13 says.

White says on Instagram that she is trying to become a beauty consultant. On Aug. 1, she posted on Facebook, “I’ve gone through so much this past year…. ((and others ?)). I’m just ready to be happy. I welcome it. ‪#‎nomoretears‬??”

In January, she posted a video resume seeking work. It says she has a master’s degree, LPA licensure, and five years experience in “service, teaching, and program management.”

The officer tried to arrest her “by pinning her arms behind her back and White appears to struggle while yelling, ‘please stop’ and ‘I’m a woman.'”

2. White Called 911 During The Traffic Stop to Report She Was Afraid But The Officer Grabbed Her During the Call 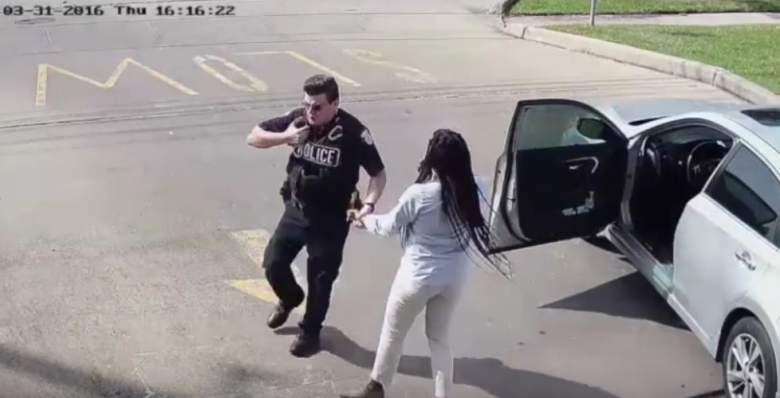 At one point in the video, Earledreka White and the office go in a circle. (YouTube)

In the 911 call, White says in part, “I’m calling to report an event, I was just pulled over by a police officer. He’s saying I crossed over a solid line and I did not…he raised his voice at me…I’m really confused… my heart is racing. I’m really afraid.” 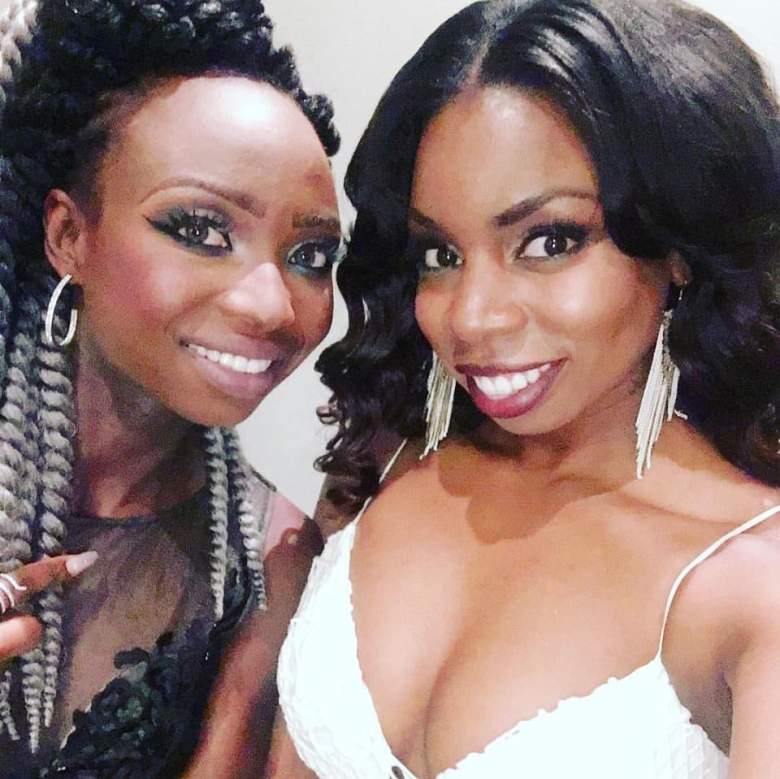 “I’m calling to report harassment by a police officer,” she says into a phone at one point during the stop. The officer then takes out handcuffs to arrest her and they go around in a circle, and then he puts her against the car.

The Houston Chronicle says it received a 40-minute version of the video from White’s attorney.

The Chronicle says the video “was captured by a surveillance camera of a nearby business and combined with the audio recording of White’s 911 call.”

In the video, the officer eventually arrests White. (YouTube)

4. The Police Officer Was Exonerated During an Internal Investigation

The police chief denies the officer was aggressive and an investigation found “no wrongdoing” on the part of the officer.

“She was uncooperative but he did everything reasonable within the law,” Metro Police Chief Vera Bumpers told The Houston Chronicle. “He explained what was going on, what the violation was and that he was focused on her safety, as well as his.”

“Officer Luca, I have ? 3 questions for you. ?
1. WHY NOT JUST ISSUE A ? TRAFFIC TICKET (if there was any offense at all) instead of trying to break my arm?
2. WHAT DID I DO THAT WAS SO BAD ? that justified THAT arrest and mistreatment?
3. WHY DID YOU ? LAUGH IN MY FACE when I asked you “WOULD YOU HANDLE YOUR ?? DAUGHTER (or ? ? anyone you know) THIS WAY DURING A ROUTINE STOP”?”

5. The Head of the Local NAACP Has Spoken Out on White’s Behalf 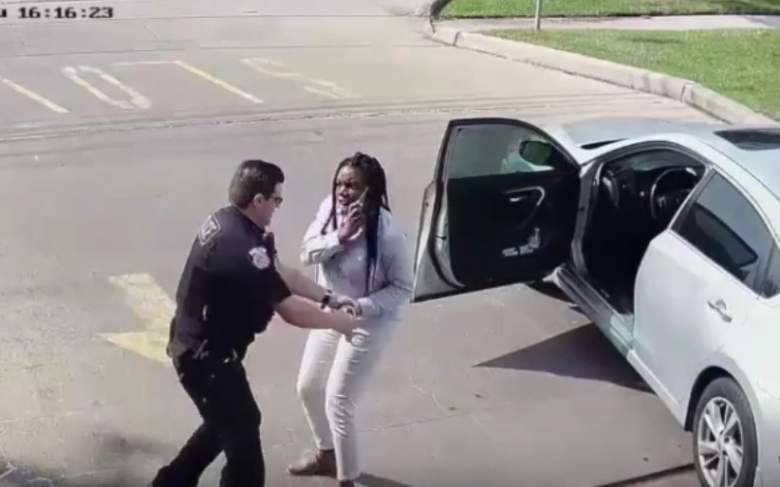 The incident occurred in March and the officer was exonerated during an internal investigation. (YouTube)

Although police exonerated the Officer, the head of the local NAACP says he doesn’t think the officer handled the incident correctly, says Raw Story.

“He got impatient,” said James Douglas, the NAACP president, according to Raw Story. “This is obviously a police officer who needs some training on how to de-escalate a situation, and I would think it would be especially important in today’s climate.”

In July, White wrote on Facebook: “If you know me, you know I won’t go down without a FIGHT. And this one is BIGGER THAN ME. I’m not just fighting for me. I’m fighting for generations to come. Something has to be done. SOMETHING!!!”

Loading more stories
wpDiscuz
155
0
Would love your thoughts, please comment.x
()
x
| Reply
A video shows Houston social worker Earledreka White’s physical encounter with a police officer during a traffic stop as she called 911 to say she was afraid.