Hunter Riley Reeser in his mugshot.

A 14-year-old Pennsylvania boy is accused of shooting his grandmother dead because he didn’t want to go to school, police say.

Orton was killed Tuesday morning, police said. Reeser is being charged as an adult.

1. He Shot His Grandmother in the Head Through the Windshield of Her Car With a Rifle, Police Say

Hunter Reeser is accused of shooting his grandmother, Sandra Orton, in the head, the Associated Press reports.

Pennsylvania State Police said he used a .22 caliber rifle to shoot her through the windshield of her car, GoErie.com reports.

Reeser shot Orton before calling his grandfather and telling him he had found her wounded outside the home, police told WTAE-TV. The boy called 911 after talking to his grandfather.

Officers found Orton dead at the scene and police say Reeser later admitted to the shooting.

Erie County Coroner Lyell Cook said Orton died of a gunshot wound to the head and her death was ruled a homicide, GoErie.com reports.

2. She Had Come Back to the Home From Work in a Nearby Town to Take Him to the School Meeting

Sandra Orton had left the home where she and Reeser lived about 5 a.m. Tuesday to go to work in North East, Pennsylvania, according to an affidavit obtained by GoErie.com. She then went back home to pick up Reeser to take him to a meeting at 7:25 a.m., police said in the affidavit. The meeting was scheduled for 8 p.m.

Reeser’s grandfather, Bobbie Orton, had left for work about 6 a.m.

According to police, Reeser fired his rifle from a porch, shooting through the windshield of Sandra Orton’s car, killing her. The porch is about 10 yards away from the driveway, police said in the affidavit, according to GoErie.com.

Police have not provided further details about the school meeting.

3. The Charges Could be Moved to Juvenile Court, but Prosecutors Plan to Oppose That Switch

Pennsylvania state law requires that a child be charged as an adult in murder or homicide cases, WTAE-TV reports.

Defense attorneys can argue for the charges to be moved down to juvenile court at a later date, according to the law.

Erie County prosecutors told the news station they plan to oppose a move to the juvenile court at this point.

4. He Is Being Held Without Bail at the Erie County Prison on Multiple Charges as the Investigation Continues

Reeser is being held without bail at the Erie County Prison, the Associated Press reports.

Pennsylvania State Police are continuing to investigate the shooting, and have not provided any other details about what led up to it.

Reeser does not yet have an attorney, according to the Associated Press.

He was charged with criminal homicide, murder of the first degree, aggravated assault and possessing an instrument of crime, police said.

5. Mental Health Counselors Were at the Boy’s School on Wednesday

Hess did not tell the news site what grade Reeser was in.

She said the district communicated with the “stakeholders” in the community.

Classes are set to begin August 30. She would not comment further, citing the open investigation into the shooting. 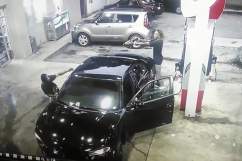 Loading more stories
wpDiscuz
22
0
Would love your thoughts, please comment.x
()
x
| Reply
A 14-year-old Pennsylvania boy is accused of fatally shooting his grandmother so he didn't have to go to a meeting at school, police say.