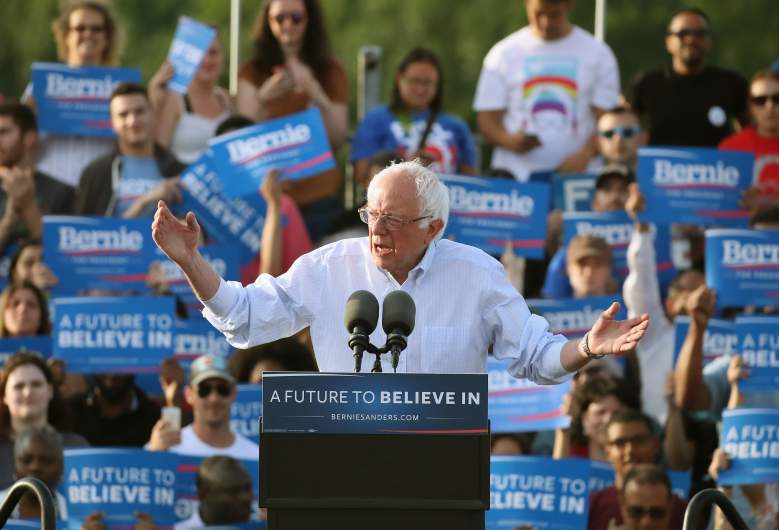 Bernie Sanders launched Our Revolution but didn’t mention Tim Canova. What does this mean for the Wasserman Schultz/Canova race? (Getty)

Bernie Sanders launched Our Revolution, a new grassroots political organization, on Wednesday night. But while he mentioned several candidates by name whom the group is endorsing, he left out one notable name: Tim Canova. Canova is running against Debbie Wasserman Schultz in the Florida congressional primary next week, on August 30. Sanders had been outspoken in the past in his support for Canova, but didn’t mention him Wednesday night. Does this mean Sanders is now supporting Wasserman Schultz or is no longer endorsing Canova?

Although Sanders did not mention anything about Canova during his speech on Wednesday night, there’s no reason to believe that he’s decided to support Wasserman Schultz instead. Canova’s name is currently listed on the Our Revolution website as one of the candidates that the nonprofit organization supports: 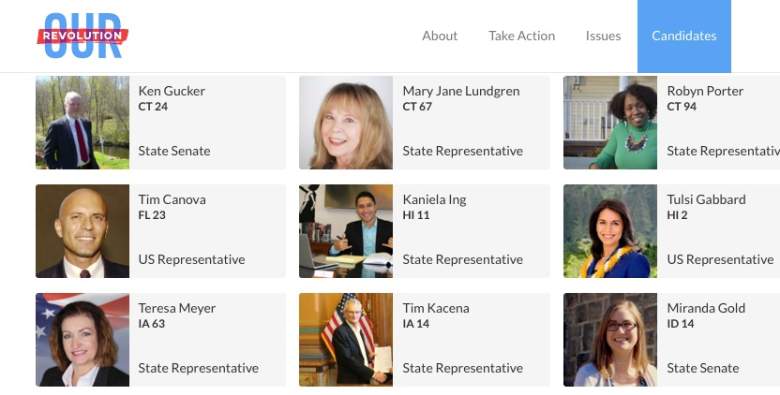 But it does look like Sanders has taken a step back when it comes to this particular campaign.

Schultz and Canova are running against each other in next week’s congressional primary in Florida, on August 30. Schultz had to step down from her position at the DNC after email leaks revealed that she was heavily supporting Hillary Clinton’s campaign, despite Schultz’s role as chair of the Democratic National Committee requiring that she remain neutral. Throughout his campaign, Sanders insisted that Schultz was biased and called for her resignation.

Sanders was equally vocal, in the past, about his endorsement of her Democratic competitor, Canova. In May, Sanders announced that he was backing Canova and even sent fundraising emails out to his supporters on Canova’s behalf. The two had a positive history. In 2011, Sanders appointed Canova to an advisory committee about Federal Reserve reform, the Miami Herald reported.

But ever since the Democratic National Convention and his endorsement of Clinton, Sanders has been quieter regarding the Canova-Schultz competition. On July 26, he did say that he might campaign on Canova’s behalf. But he’s been quieter ever since, and that didn’t change Wednesday night. Sanders’ supporters were hoping he would call for a strong phonebanking push for Canova during the week before the primary. But instead, he was silent on the subject. The big indication that Our Revolution still supports Canova is his presence on their website.

Canova spoke with Jordan Chariton of The Young Turks earlier on August 24 about his concerns. You can watch the video below:

In the video, Canova said that Sanders had given him his phone number and told him to stay in touch. Canova said that he had called Sanders and was waiting for him to return his phone call. Meanwhile, the Miami Herald reported that Canova had hired some of Sanders’ media consultants, but they left just a couple weeks later due to disagreements. Canova said an attack ad pitched by them was over the top. One of the consultants said they left because of a disagreement about strategy and professionalism.

A visit from Sanders might help Canova’s campaign, as would a mention from Sanders on Wednesday night. But Canova has said that voters are more concerned about issues and putting food on the table than whether Sanders makes a personal appearance or not. He’s still supported by Our Revolution because of his progressive beliefs, which closely mirror Sanders’. You can read more about Canova on Our Revolution here. 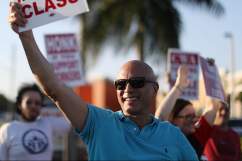 Our Revolution: How Bernie Supporters Are Campaigning for Tim Canova

Read More
Bernie Sanders, Politics
Follow Heavy ↓
Bernie Sanders launched Our Revolution but didn't mention Tim Canova. What does this mean for the the Debbie Wasserman Schultz/Canova race and who Sanders supports?