A Chicago teacher says he and his wife were the victims of a vicious racist attack by a woman who hurled the N-word at them and spit at them during a festival in Chicago on July 31.

The teacher, Ernest Crim III, recorded video of the incident, which he posted to Youtube and Facebook in hopes of calling attention to the woman’s actions. You can watch the video, which went viral in August.

Crim, who was at the Margarita Festival at the South Shore Cultural Center with his wife, Cassie, said the woman has been identified as Jessica Lynn Sanders.

In October, several months after the incident, Sanders, of Alsip, Illinois, was arrested on a warrant charging her with two felony counts of hate crime and two counts of misdemeanor battery, the Chicago Sun-Times reports.

Sanders, 26, was taken into custody on October 12 and was held at the Cook County Jail until her first court appearance Saturday. She was released after posting 10 percent of her $50,000 bond.

The 54-second video starts with Crim asking the woman, “what’s your problem,” as she smacks the phone he is holding in his hand to record her.

In a Facebook post, Crim explained what led up to the portion of the incident caught on video:

So, I’m with my wife at the ‪#‎ChicagoMargaritaFest‬ when we decide to play the Bean Bag Toss game. Our section didn’t have any bean bags so we retrieved one that was tossed far by a group of four next to us that had at least 10 to themselves.

One lady in that group (a white lady) called me and my wife a “n*gger”. Additionally, she proceeded to spit on my wife in an effort to provoke us to assault her. This is America in 2016. This is why I’m angry.

Thankfully, security immediately grabbed her, handcuffed her and threw her out. However, we don’t know her name and we want to press charges. ‪#‎PleaseShare‬ ‪#‎BeingBlack‬ #ChicagoMargaritaFest

The woman can the repeatedly be heard screaming “n*gger.”

The woman says, “you’re a n*gger, if you hit me, you’re a n*gger.” She also tells him, “you’re acting like a n*gger,” while shrugging her shoulders and walking away. As he asks her name, she turns around and spits at Crim and his wife, hitting Cassie Crim.

On Twitter, Crim explained the situation further, saying, “There were open boards to play on but a group next to us had ALL the bean bags. Someone tossed a bag far and didn’t retrieve it. So we retrieved it so we could play. Immediately after that #JessicaLynNSanders approached me and my wife yelling. When we didn’t return the bag she called my wife and I N*GGER repeatedly. I wanted to record this buffoonery. But she knocked my phone out my hand. When I picked the phone up I told her to repeat it and she did because she was apparently a white supremacist and didn’t care. I was furious but for some reason I stayed focused on the big pic (making her incriminate herself. Eventually she got so mad that she SPIT on my wife … Security eventually came over (she actually tried to call security on US and handcuffed her and kicked her out of the venue.”

Jessica Lynn Sanders in a screengrab from the video. (Youtube)

Police told Chicagoist a criminal complaint was filed against the woman in August. They did not identify her by name.

According to the Chicagoist, police said the “female offender engaged the victims in a verbal altercation and then knocked a phone out of the male’s hand then spat on the female victim’s arm.” No charges had been filed as of Monday evening.

Crim said on Twitter he was hoping charges will be filed against the woman. In several tweets on Sunday he talked about the incident:

A police report was filed. My next goal is to get her arrested and I won’t stop until that happens #byanymeansnecessary. I post & talk about racism so much because this is my experience as a black man and a black male teacher. I won’t stop until things change. I absolutely LOVE being African but some people hate that. No, my badd, some people hate THEMSELVES for some reason. It’s not my fault. Please realize that no amount of degrees, or success can shield blacks from this type of overt racism. It’s up to ALL of us to end it. Racism is an American problem, not a black problem. The problem isn’t the N WORD, the problem is people like her getting jobs as cops and lawyers and treating us like that word. I’m a child of God, a human being, a MAN, an African, a husband, a father & a son before ANYTHING. And I’ll be ? w/ you. I’m HURT & PISSED. The most common question people want to know is why didn’t I hit her because they swear they’d do the same thing. Listen, no matter how much you think you know me, if I reacted how she wanted me to, and the police got invoked and arrested me please believe that the media would find a way to tarnish my name and make YOU believe I’m a crazy black thug who assaults women. I’m too aware of America’s track record w/ how they treat people like me to become a foolish statistic or hashtag. I’m more effective as a parent, husband & teacher outside of a jail/casket. I have a community to lead and inspire. She wasn’t worth it. What appalled me the most was her friends who defended her and took her side. Racism is YOUR problem too. Remember that. Record and post injustices; it is your duty and right. Social media is POWERFUL. Lets use it for good & change the world together with it. YOU have more power than any billionaire or politician. When faced w/ an injustice you MUST stand up for what you believe in. It’s our duty to make this world better for the kids and their future kids. #ByAnyMeansNecessary ✊?✌?️

“It’s only through the support of so many good people online that we’ve been able to make progress with this,” he said Monday. “Thank you all.”

The two-day Chicago Margarita Festival is billed on its website as “an outdoor festival combining a limarita mix margarita tasting with live original music, dancing, food trucks and fun! What better way to spend the day lounging with friends on Lake Michigan, listening to music and more!”

The festival requires tickets for entry and is for only those 21 or older. On its website, the festival says no outside beverages are allowed.

“Public intoxication is not tolerated. In fact, anyone displaying signs of intoxication will be ask to depart the venue. We take our parton (sic) safety and Chicago and Illinois road safety very seriously,” the festival says.

The Margarita Festival has not commented about the incident. 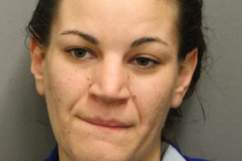 Read more about Jessica Lynn Sanders in Spanish at AhoraMismo.com: 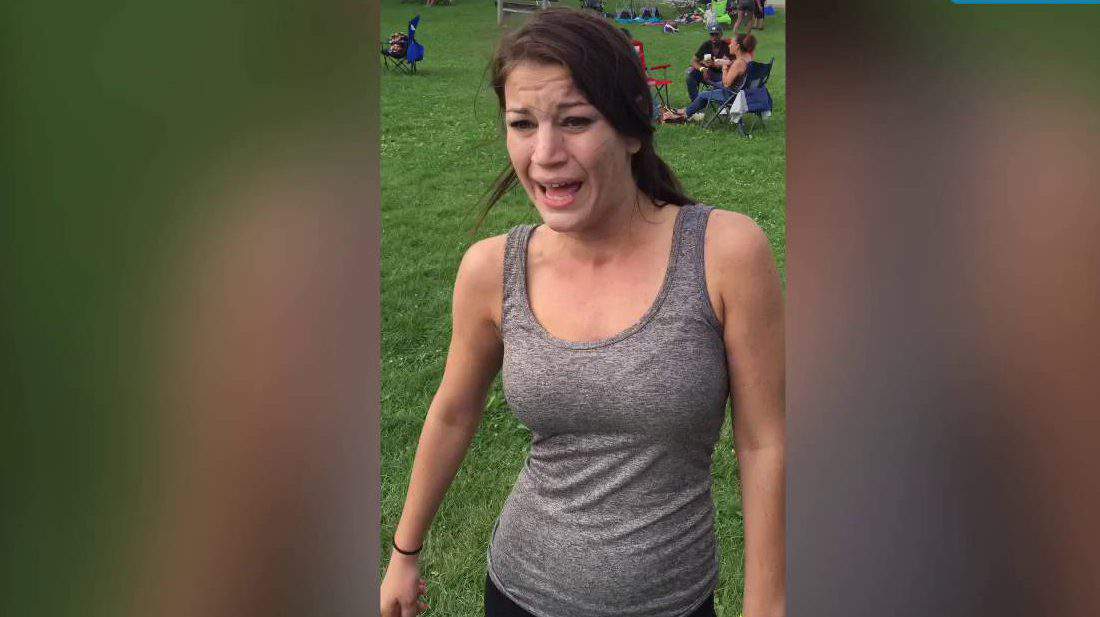 Loading more stories
wpDiscuz
81
0
Would love your thoughts, please comment.x
()
x
| Reply
A woman identified as Jessica Lynn Sanders was caught on video using the n-word and spitting on a woman and her husband at the Margarita Festival in Chicago.