Chaunte Ford, a Minneapolis-area police officer, was formally charged with driving while intoxicated after she hit a parked car outside a bar. Police say Ford, 27, a black female, said, “F— the police! I f—ing hate cops and that I’m a cop! All you guys do is harass black people!”

Ford was arrested Aug. 5 and formally charged Monday with third-degree DWI, collision with an unattended vehicle, careless driving and interfering with a peace officer, Hennepin County jail records show. She appeared in court on Monday and will return Aug. 30,

Witnesses say Ford, a St. Louis Park, Minn., police officer, hit a parked car as she was leaving the bar in her Toyota Scion, according to Fox9. An off-duty officer claims Ford was driving with a deployed airbag and the car was riding on its front-right rim before she got out, KARE11 reports.

Police say Ford became “hostile” toward officers and even pulled down her pants, squatted and urinated on the ground before refusing a sobriety test. KARE11 reports once Ford was in custody, she submitted to a breath test where she blew at 0.20 — more than double the legal limit — nearly three hours after the arrest.

A review of court records show that Ford has incurred three tickets — two speeding and one seat belt violation — in the past seven years.

Here is what you need to know about Ford’s arrest: 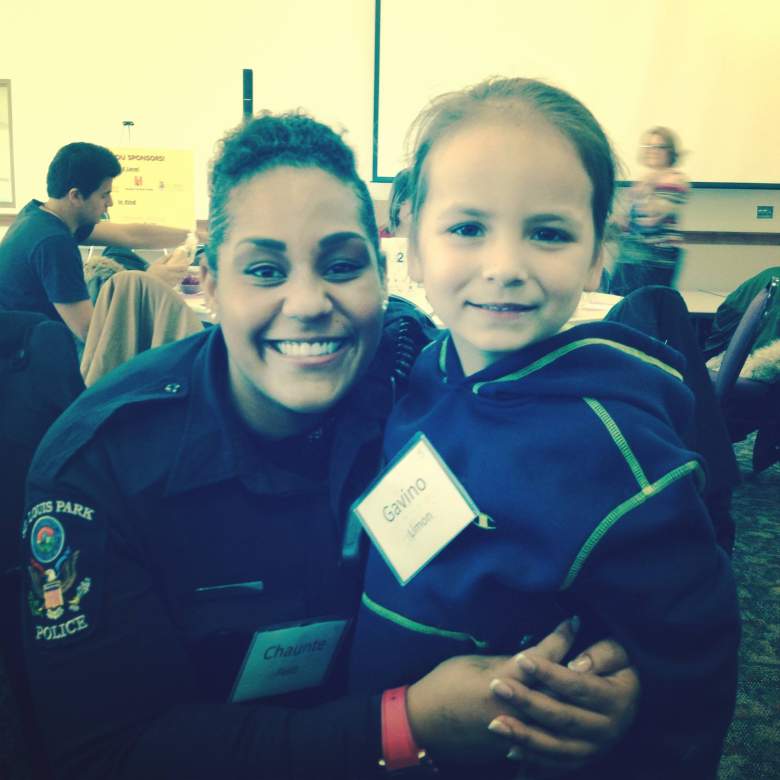 Ford, a black female police officer, said ‘F— the police!’ when she was arrested, according to police. (Facebook)

Ford is a black woman working as a police officer for a Minneapolis-area department. The 27-year-old St. Louis Park officer has worked at the department for six years, a spokesperson told KARE11.

Police stopped Ford after witnesses — including an off-duty officer — said she crashed into a parked car. When she was confronted by officers, Ford said “F— the police! I f—ing hate cops and that I’m a cop! All you guys do is harass black people!”

The Minneapolis area has garnered national attention in recent months after police in different departments and in different scenarios shot and killed Jamar Clark and Philando Castile.

Although her account is locked and she’s only following nine people, Ford’s Twitter profile states her life goal is to be “the best damn cop there has ever been!!”

As of Tuesday, Ford doesn’t have any followers for an account launched four years ago.

3. Police Say Ford Pulled Down Her Pants, Squatted & Urinated on the Ground

Ford urinated on the ground when she was being stopped for suspicion of DWI. (Facebook)

Police say Ford dropped her pants, squatted and urinated on the ground. The urination, along with the anti-police statements, contributed to a misdemeanor charge of obstructing police. 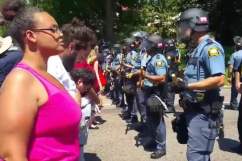 4. Ford Has 3 Tickets Within the Past 7 Years, Including Speeding & Violating Seat Belt Laws

A review of court records show Ford, who has been with the police department for six years, according to department spokesperson, has been convicted of three separate charges within seven years. The most recent, a seat belt ticket, was in May.

The seat belt violation, committed in St. Paul-centric Ramsey County, is a petty misdemeanor. She was fined $111 for the violation.

Two other charges of speeding occurred in Hennepin County, where Ford was charged with her DWI, one in 2009 and one in 2014, while she was employed with St. Louis Park police. 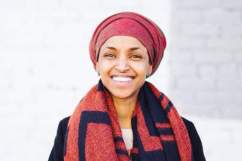 5. Ford Was Placed on Leave by the City She Works For

Ford is still awaiting her fate in the future of the St. Louis Park police department, but a spokesperson told KARE11 the city is determining what to do next:

“St. Louis Park Police Officer Chaunte Ford was placed on administrative leave on Saturday, August 6, 2016. We are determining the appropriate time to begin an internal review,” reads a statement released by the city. “The St. Louis Park Police Department and the City of St. Louis Park expect the highest standards of conduct from our employees, and these charges are troubling.”

The city in 2012 paid Ford $3,500 for “tuition,” city records show, through what appears to be an employee tuition reimbursement program. 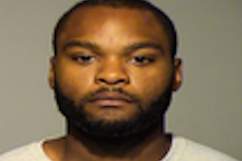