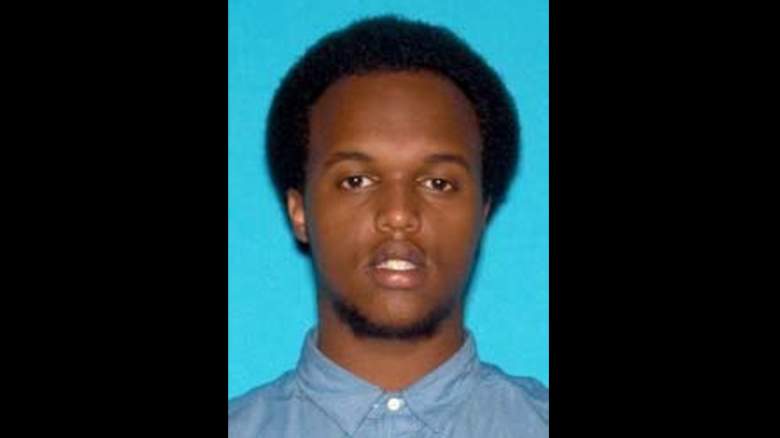 Federal authorities are charging 20-year-old Mohamed Amiin Ali Roble, a Minneapolis man, with joining the Islamic State after they say he used settlement money from a bridge collapsing suit to travel to Syria.

Roble is the 11th Twin Cities man charged with joining ISIS, according to the Star Tribune.

Here is what you need to know about Roble:

1. The FBI Says Roble Handed Out Money ‘Like It’s Candy’

Above, a screenshot shows the execution of six older men with point blank gunshot wounds. It is unknown what their charges are, but they may be Taliban or al-Qaeda sympathizers as ISIS is also at war with both in Afghanistan.

In a 17-page affidavit, FBI Special Agent Daniel Higgins claims Robles violated the law by “providing, and conspiring to provide, material support, specifically personnel and resources, to the Islamic State and the Levant…” The Justice Department is charging him as such.

Higgins claims Roble used personal money to pay for others’ marriages, electronics and vehicles for ISIS.

A conversation between a government informant and one of Roble’s co-conspirators said Roble “just bottomed out. Passing out money like it’s candy.” 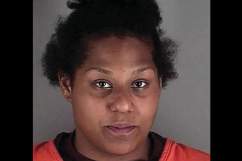 2. Roble Got His Money from the State of Minnesota, a Contractor & a Design Firm in a Settlement

Roble received more than $90,000 through a lawsuit filed by his parents. As a survivor of an interstate bridge that collapsed over the Mississippi River in August 2007, Roble won $65,431 from the state of Minnesota’s structured settlement annuity, $11,167 from a contractor who worked on the bridge and $15,056 from a consulting firm that had worked on the bridge, the FBI states.

The bridge collapse killed 13 people and injured 145. Roble was 10 years old at the time. According to the National Transportation Safety Board, the bridge collapsed because of a design flaw.

Roble turned 18 in 2014, and subsequently setup two bank accounts for the settlement money he began receiving. 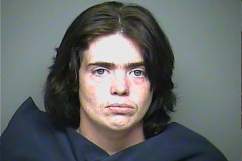 A screenshot from a purported ISIS video. One of the three men charged with spray painting anti-ISIS graffiti has a gun pointed at his head. A video of him and his charges are display next to his head.

After using his money to travel to places like China and Turkey, Roble traveled to Istanbul on Dec. 27, 2014. Once in Turkey, the FBI believes he crossed into Syria.

Higgins said Robles is still believed to be alive and living in Syria.

In interviews with the FBI, Robles’ co-conspirators said they have seen him in photos on social media in a desert setting and carrying a black ISIS flag. “In others,” the Justice Department’s document states, “he is carrying what appears to be an assault rifle. 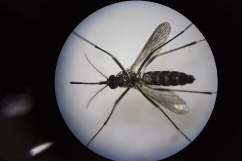 Zika in South Dakota: 5 Fast Facts You Need to Know

4. Roble Is the 11th Twin Cities Man to Be Charged With Joining ISIS

A photo from a purported ISIS photo report. ISIS militants execute the condemned men. People gather to watch the public executions. An exact location of these extrajudicial killings is not given.

Roble isn’t the first man from the Minneapolis area charged with associating with ISIS. In fact, he’s far from it: 10 others have been charged before Roble as part of the federal government’s investigation into ISIS recruitment in the Twin Cities’ Somali-American community, according to the Star Tribune.

Minnesota leads the U.S. in the number of people who have joined — or attempted to join — the terrorist organization, a recent Congressional report found.

So far, three Somali-Americans have been found guilty by a jury for conspiring with ISIS, the Star Tribune reports. 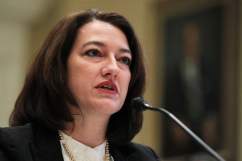 5. Terror Recruiting Has Had a ‘Significant Impact on Minnesota,’ Feds Say

The FBI’s Joint Terrorism Taskforce, which assisted with tracking down Roble and his co-conspirators, said terror recruiting has had a “significant impact on Minnesota,” which is why it is working to “interrupt terror recruiting activity and to prosecute those who provide material support to a designated foreign terrorist organization.”

The government claims ISIS turned toward Minnesota in 2013, including people like Roble.

“Between 2009 and 2011, at least 20 individuals were indicted for crimes related to al-Shabaab. Ten of those individuals either pleaded guilty or were convicted after a jury trial,” the Justice Department states.