Two teenagers found dead together behind a Georgia grocery store of single gunshot wounds to the head were identified as 17-year-old high school students Natalie Henderson and Carter Davis.

A 20-year-old Roswell man, Jeffrey Hazelwood, was arrested Aug. 3 and is accused of committing the murders, said WXIA. Hazelwood was described by some who knew him as a troubled loner who went to an alternative school; police say he used Henderson’s debit card after the crime. They’ve said little about motive, though.

The bodies of Carter, a high school lacrosse player, and Henderson, a member of her school’s color guard, were discovered behind a Publix store in Roswell around 6 a.m. on Monday, August 1, WSB reported. The victims were described by friends as good students with positive personalities who lived in an area where murder is rare.

This is crazy guys, you never think it will happen near you until it does. Pray for Roswell

According to Roswell Patch, “A preliminary investigation shows that the two victims ‘are teenagers from the area and each suffered head trauma,'” said Roswell police spokesperson Zachary Frommer. A police statement says the same.

Police say that the first responding officers thought the teens had been shot, but autopsies will determine the exact cause of death. The AP says police now believe they each died from a single gunshot wound to the head; police told the AP that they have no reason to suspect drugs were involved at this point and that the bodies were found by two vehicles.

The Roswell police spokesperson, Frommer, told Roswell Patch that it appeared Henderson and Davis were friends.

The Atlanta Journal-Constitution says in a headline that the deaths of the two teenagers “behind Roswell Publix” were being “investigated as homicide.” Fox 5 also said police consider the deaths a “double homicide.”

Hazelwood was arrested after police executed a search warrant at a Roswell home, said WXIA. 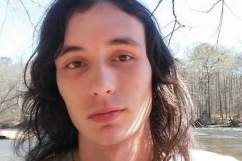 2. Davis Played Lacrosse & Wrote a Moving Essay on The Sport & Dealing With Adversity

Carter Davis, you had a special spot on this team and as my friend. This season is for you bud. Rest in peace #4 pic.twitter.com/OUDYUK1lUe

In an essay on a lacrosse recruiting website, the 6 foot, 180-pound Davis wrote, “I love lacrosse: the fast pace, the quick moves, and the teammates, and I hope to play lacrosse in college.” Davis was involved in the Fellowship of Christian Athletes.

Davis said that he loved challenges and wanted “a school that offers an engineering program. I have also played football for the past three years in high school. I lettered in football and lacrosse for my junior year, but made the extremely tough decision to not play football my senior year, to stay healthy for lacrosse. I have always had the ability to handle adversity no matter how extreme it would be.”

Darren John, a former coach of Davis’ who is now a meteorologist and reporter, wrote on Facebook: “I had the pleasure of coaching this young man for a couple of years. On our team he was known as ‘Georgia.’ He had a raw talent for the sport of lacrosse and was on his way to playing in college. He will always be with us when we take the field.”

He said the family moved to Georgia the summer before his junior year because his father was trying to find residency as a doctor (his mother says she is a teacher on her Facebook page). “Here the team I have played for has been around for five years and I was given the same type of role as a player and coach for the team. But no matter the circumstances staying positive and working hard will get you where you want to go,” wrote Davis.

Christopher Hofmann, a high school friend, told Heavy of Davis, “Carter was known at RRHS for his personality and for his lacrosse. I never watched him play but from what I know he was fantastic and probably college bound to continue to play. He was a really happy kid from what I knew and he was energetic and funny all the time. He took time out his day to make you laugh and he was someone you could always count on to make you chuckle.” Hoffmann did not know Henderson.

A friend of mine Carter Davis was just found dead behind a publix at 6 a.m. august 1st. Who could do such a thing to such an upstanding 17yo

Friends wrote about Davis on Twitter that he was “one hell of a lacrosse player” and, “It was nice talking to you in the hallways…you’ll be missed. We will get you justice!” People left moving condolences on Facebook for Davis’ family. Among them: “I will never understand how such a fine young man from such a loving family could be lost to them today.” And: “I loved having Carter in my 5th grade class – he was such a sweet boy!”

3. Henderson Was in The School Color Guard, Liked to Sing & Was Described As a Good Student

Henderson, who was in her high school’s color guard, was remembered by her high school band director as a “fun, smart, talented young woman who was loved by so many.”

Other school officials also posted tributes. Joseph Michael wrote on Facebook, “She was a remarkable young woman and one of the most amazing students I had the pleasure of teaching during my time with the Roswell Colorguard. My heart breaks for the Roswell, and Henderson Families.” He posted this photo on his page:

In her obituary, she was described as “smart, funny, sassy, and strong, a free spirit with a gorgeous smile that could make your day or your week.”

The obituary said Henderson was a leader in the award-winning Color Guard of the Roswell High School Band, a life guard for Swim Atlanta, a talented singer, a guitar player, and a lover of animals who volunteered countless hours to animal rescue.

“Natalie had a loving heart and an infectious zest for life,” said the obituary. “Unusual for one so young, she had the courage to always be, unapologetically, herself. Natalie will forever be loved and missed by all whose lives she touched.”

Maddy Black, who was friends with Henderson in middle school, told Heavy that Henderson was a good person: “She was a great friend. We weren’t in the same grade but I knew her because we did show choir and the spring play together. She was always kind to me.”

Henderson had posted a video of herself singing on social media, writing, according to WSB-TV: “I can’t live without music. Try to live life to the fullest.”

Friends also took to social media to express their shock over Henderson’s death, recalling her kindness:

R.I.P. Natalie Henderson, we used to be besties back at Elkins ??? damn right before senior year. Fly high pretty girl ?

Both teenagers were described by friends as good students.

In his essay, Davis wrote, “I also am an excellent student; I just earned a 3.83 this past semester, and I’m enrolled in two AP classes for my senior year: AP Calc and AP Physics.” Hofmann told Heavy: “He was a great guy, really really smart and had a really bright future.”

Zach Papoutsis, another high school friend of Davis’, told Heavy he had heard that Henderson was also a good student. He said friends believe the two were not dating but were “hanging out.” Although the two went to different high schools, Papoutsis said the schools are within 10 miles of each other. Papoutsis works at the Publix behind which the bodies were found.

Papoutsis said that Davis “started varsity football and was one of the top tier athletes at our school.” One woman wrote on Facebook about the deaths, “Please say a prayer for the families of these children.” She added that Carter played football and said, “This is so tragic!”

Papoutsis said that friends are baffled how someone could have killed both Davis and Henderson with head trauma in part because of Davis’ strength. Papoutsis was in a weight lifting class with Davis, and he described him as very strong. “I can’t understand how someone could do this to them,” he said, mentioning that Roswell is a relatively small town where murder is still rare.

The fact that i just served him at Sonic a couple days ago and now he's gone… RIP Carter Davis ???

Papoutsis said that Davis was “very outgoing. He was someone whose smile would light up the room. He was an incredibly hard worker and a friend to everyone.” Papoutsis didn’t know Henderson, but he knows people who did, and they said similar things about her, he said. Henderson’s Facebook photos show a carefree teenager.

The Journal-Constitution says that a delivery driver found the bodies behind the grocery store on Woodstock Road.

Police were interviewing local employees and reviewing surveillance video to try to figure out what happened to the teens, according to The Journal Constitution.

Roswell Patch said the discovery of the bodies “falls exactly one week before the Fulton County School System was scheduled to start the 2016-17 school year, Aug. 8.” Fox 5 said it was supposed to be Davis’ first day of school; instead, fellow students prayed around the goalpost.