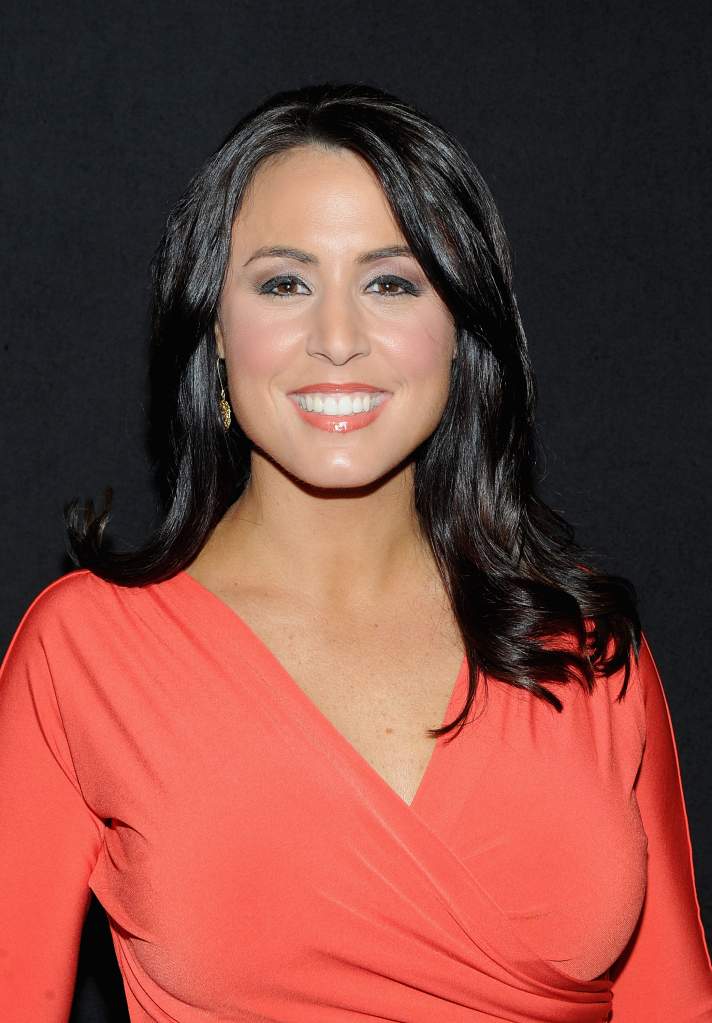 Andrea Tantaros is a former Fox News anchor who filed a lawsuit against Roger Ailes and other Fox News executives on Monday. (Getty)

Former Fox News host Andrea Tantaros filed a lawsuit against Fox News, former Fox News CEO Roger Ailes, the man who replaced him and other Fox News executives. Like Gretchen Carlson before her, Tantaros claims that she was punished for complaining about sexual harassment at Fox News.

UPDATE: Fox News responded on August 29 with its own filing, saying that Tantaros is “not a victim, she is an opportunist.” The filing insists that the only reason for Tantaros’ suspension was for breaching contract by not getting company approval for her book before publishing it.

At the very beginning of the lawsuit, Tantaros says that co-hosting The Five at 5 p.m. was a “dream job.”

“However, looks were deceiving,” the lawsuit reads. “Fox News masquerades as defender of traditional family values, but behind the scenes, it operates like a sex-fueled, Playboy Mansion-like cult,steeped in intimidation, indecency, and misogyny.”

Tantaros claims that “at the very outset of her employment,” she was “merely the victim of demeaning conduct, such as being instructed to wear clothes that showed off her legs, and being required to annually pick on-air clothing in the middle of a room without the benefit of even a curtain, thereby forcing her to strip down in front of Fox News wardrobe personnel.” However, in summer 2014, she claims that her employment at the network “devolved int a nightmare of sexual harassment by Ailes.”

Tantaros claims that Ailes told her to “turn around so I can get a good look at you,” which she believes was something Ailes frequently asked female hosts to do. It was known as “the twirl.” She added that Ailes once told her, “I bet you look good in a bikini.”

After complaining about these instances to Fox News, Tarantos claims that she was retaliated against “in a host of ways.” These included demoting her from The Five to the low-rated midday show Outnumbered and telling Group Senior Vice President at Fox News Channel & FOX Business Network Irena Briganti, who is listed as a defendant, to “turn Fox News’s widely-reported, vindictive media relations department against” her.

Tarantos also lists Fox News Executive Vice-President Bill Shine, who was one of the executives picked to replace Ailes after he resigned; Briganti; Fox News head of programming Suzanne Scott; and Fox News chief in-house lawyer Dianne Brandi as defendants. She claims that Fox News kept paying her “in the hope that the fear of losing her income will keep her quiet.”

Tantaros’ disputes with Fox News date to February. She last appeared on the network on April 25, just before her book, Tied Up in Knots, was released. BuzzFeed reported in August that Fox News claimed that Tantaros never got approval from the network to publish the book, as required under her contract with the network. The network also didn’t like the cover, which shows her tied up in rope. Fox News then called for a meeting with Tantaros, but she sent them a letter alleging inappropriate behavior by four Fox News employees before the meeting in March.

A Fox News source told Buzzfeed at the time that Tantaros couldn’t recall a specific instance of sexual harassment during an April 7 meeting. Fox News also told the site that it did conduct an investigation, although Tantaros’ lawyer disputed that. Fox News said that Tantaros’ claims were not against Ailes, but her lawyer, Judd Bernstein, told New York Magazine that she did tell Shine, Scott and Brandi about alleged incidents with Ailes.

Bernstein told New York Magazine that he believes that Tantaros’ demotion from The Five to Outnumbered was retaliation for her complaints. That set the stage for Monday’s lawsuit.

Loading more stories
wpDiscuz
0
0
Would love your thoughts, please comment.x
()
x
| Reply
Andrea Tantaros, a former Fox News host, filed a lawsuit on Monday, claiming that she was retaliated against for complaining about sexual harassment and compared Fox News to the Playboy Mansion.