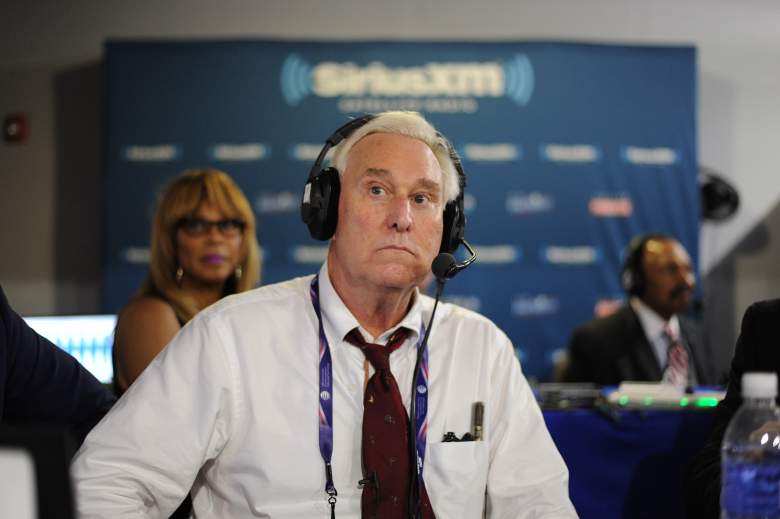 The Hill describes Stone as a “longtime Donald Trump ally.” The Stone comments are drawing criticism. “Team Trump Has No Bottom,” said a headline in Salon. The Huffington Post headlined a story on the Stone comments thusly: “Khizr Khan Smeared As A Terrorist For Speaking Out Against Donald Trump.”

Stone has longtime ties to Trump but left the campaign in 2015, Politico reported: “Donald Trump made the surprising announcement Saturday afternoon that he was firing his top adviser, Roger Stone, but, hours before that, the political consultant’s friends told POLITICO that he was actually quitting.”

And this, about Hillary Clinton’s aide Huma Abedin:

Khiz Khan, who was born in Pakistan and came to the United States in the 1970s, has been in a war of words with Donald Trump since Khan spoke at the Democratic National Convention in Philadelphia about the sacrifice of his son, Capt. Humayun Khan, who died heroically in Iraq when he walked forward to check out a suspicious vehicle that then exploded.

In the speech, Khan waved a copy of the U.S. Constitution and criticized Republican nominee Trump on Muslim issues. “Donald Trump, have you even read the Constitution? I will gladly lend you my copy,” he said, adding “If it was up to Donald Trump, [Humayun] never would have been in America. Donald Trump consistently smears the character of Muslims. … He vows to build walls and ban us from this country.”

Since the dramatic speech, Trump has defended himself, saying that he has sacrificed because he created jobs and questioning why Khan’s wife, Ghazala Khan, did not speak at the convention. She stood silently next to her husband. Those Trump comments have created renewed criticism and Khizr Khan said in a news interview that Trump is a “black soul.” Trump has fired back on Twitter:

This story is not about Mr. Khan, who is all over the place doing interviews, but rather RADICAL ISLAMIC TERRORISM and the U.S. Get smart!

Mr. Khan, who does not know me, viciously attacked me from the stage of the DNC and is now all over T.V. doing the same – Nice!

I was viciously attacked by Mr. Khan at the Democratic Convention. Am I not allowed to respond? Hillary voted for the Iraq war, not me!

Captain Khan, killed 12 years ago, was a hero, but this is about RADICAL ISLAMIC TERROR and the weakness of our "leaders" to eradicate it!

Ghazala Khan has since penned an op-ed in The Washington Post and given media interviews in which she says she did not speak because she is in too much emotional pain over her son’s death, especially when she sees photos of him. “If you want to see the best of America, you need look no further than Army Captain Humayun Khan,” Hillary Clinton said in a video introducing Khizr Khan’s speech:

Says The Hindustan Times, “Both Khan and Ghazala were born and brought up in Pakistan, and then moved to Dubai, where their two elder sons were born — Humayun was the second. Their third was born in the US.” The news site says Khizr Khan is “a lawyer with an advanced degree from Harvard.” The Khans now live in Virginia.

According to Law.com, Khizr Khan “spent seven years, from 2000 to 2007, in the Washington, D.C., office of then-Hogan & Hartson. He served as the firm’s manager of litigation technology.” His former colleagues there called him a “man of character,” Law.com said. In 2008, American Lawyer reported that a different lawyer “at Hogan & Hartson has been Bill and Hillary Clinton’s go-to guy for tax advice since 2004.”

You can learn more here: