Sally Bradshaw, 50, is a longtime Jeb Bush senior adviser, so her decision to leave the Republican party came as a surprise today. She said that she cant vote for Donald Trump and would even vote for Hillary Clinton if the race in Florida is close. She called Trump a “total narcissist,” a “misogynist” and a “bigot.”

Here is a look at Bradshaw and why she has decided to leave the GOP.

1. Trump’s Comments on Khizr Khan Was the Last Straw for Bradshaw

Bradshaw’s surprise decision came in an email interview with CNN on Monday. Bradshaw wrote that, even though she doesn’t want another four years of politics like President Barack Obama’s, she can’t bring herself to vote for Trump. She wrote:

As much as I don’t want another four years of (President Barack) Obama’s policies, I can’t look my children in the eye and tell them I voted for Donald Trump. I can’t tell them to love their neighbor and treat others the way they wanted to be treated, and then vote for Donald Trump. I won’t do it.

She also said that Trump’s criticism of Khazir and Ghazala Khan, whose son died in Iraq, was “despicable” and made her “sick to my stomach.” It “reinforced” her decision to became an independent. She told CNN:

Every family who loses a loved one in service to our country or who has a family member who serves in the military should be honored, regardless of their political views. Vets and their family have more than earned the right to those views. Someone with the temperament to be president would understand and respect that.

Bradshaw, who was Jeb Bush’s campaign manager and chief of staff while he was governor of Florida, has been a major figure in Bush’s political career. She is his “closest adviser for the entirety of my political career,” Bush said, reports the New York Times.

Bradshaw was born in Mississippi and breeds chickens with her husband, Paul, in Havana, Florida when she’s not working in politics. Bush was consulting with her even before he ultimately decided to run for the White House.

“She has been integral to the decision process I am currently going through right now,” Bush told the Times. “I hope your piece reflects the great character and value she has brought my efforts.”

Bush dropped out of the race in February, without winning a single delegate.

“She’s the Jeb Whisperer,” one Republican told Politico. “And in some respects he’s the Sally Whisperer.” 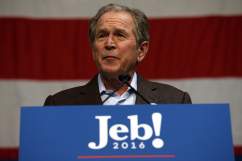 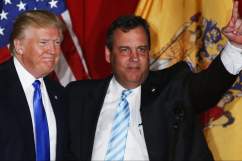 Bradshaw has known the Bush family since the 1980s, when she interned in the Ronald Reagan White House. Right after she graduated from George Washington University with a political science degree, she was hired to work on the George H.W. Bush 1988 presidential campaign and stayed in the White House.

The Florida Times-Union reports that she then went to work for the Florida House Republican office before Jeb Bush decided to run for governor. His first attempt was unsuccessful, but he was finally elected in 1998. He served two terms, leaving office in 2007. She served as his chief of staff until 2001.

“[I] would never do anything political without her,” Jeb Bush told the Times-Union in 1999. 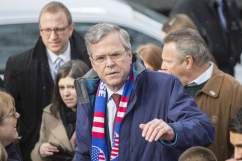 4. After Bush Dropped out, Bradshaw Decided to Open an Independent Bookstore

After Jeb Bush dropped out of the race, Bradshaw turned her attention to opening up an independent bookstore. It’s called the Midtown Reader in Tallahassee.

This has been a lifelong dream for Bradshaw.

“My hope is we really provide a safe haven for critical thinking,” Bradshaw told the Tallahassee Democrat. “I think independent bookstores are places where people can read and think before they speak, where book lovers can gather and celebrate the power of reading and learning.” 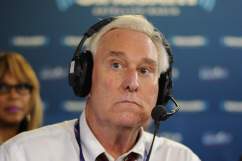 According to the Miami Herald, Bradshaw worked on former Massachusetts Governor Mitt Romney’s unsuccessful 2008 presidential campaign. Like Jeb Bush’s campaign, that one ended early in February 2008.

Before the 2012 presidential election, Bradshaw worked for Mississippi Governor Haley Barbour, who considered a run for the White House. He ultimately decided in April 2011 that he would not run.