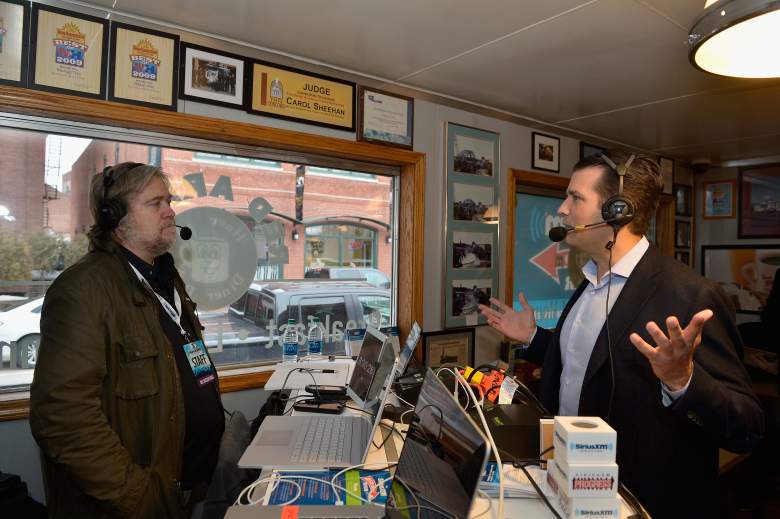 As President-elect Donald Trump begins preparations for his transition to the White House, he’s receiving significant backlash against his newly-appointed campaign strategist, Stephen (Steve) K. Bannon. Bannon, the 60-year-old Executive Chairman of alt-right media company Breitbart News Network, has served as Trump’s campaign CEO since he was tapped for the role in August. The criticism of Bannon by members of both the Democratic and Republican parties, along with Civil Rights groups, focuses on accusations that he uses Breitbart to push a nationalist, sexist, racist agenda.

It’s unclear how the Bannon appointment will support Trump’s attempt to reassure the American people that he will be a president for all and work to bring the country together when his new chief strategist is known to stoke the flames at best, and incite hatred and bigotry at worst.

Here’s what you need to know about the chief strategist tapped to play a key role in Trump’s administration:

1. He Became Breitbart Executive Chairman in 2012 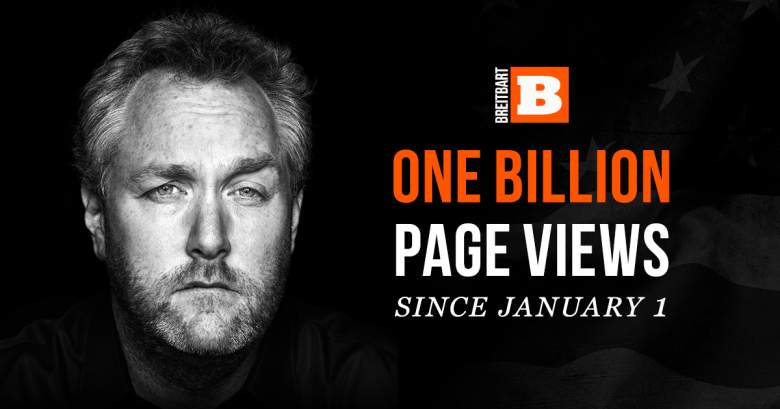 The Breitbart News Network was founded in 2004 by the late Andrew Breitbart. Breitbart’s admiration for the Drudge Report and involvement in the creation of the Huffington Post led him to create his own right-wing news network in response to a perceived opportunity for new media opportunities not being pursued by traditional media outlets. Most notably, Breitbart News was credited with breaking the sexting scandal of former New York Governor Anthony Weiner. When Breitbart died unexpectedly in 2012 at the age of 43, Bannon was appointed Executive Chairman.

In March 2016 Michelle Fields, a reporter for Breitbart, alleged that she had been assaulted at a Trump rally in Florida by his campaign manager Corey Lewandowski while trying to approach the candidate. Fields filed a criminal complaint, but Lewandowski denied any encounter with her:

@MichelleFields you are totally delusional. I never touched you. As a matter of fact, I have never even met you.

In the wake of the allegations, Breitbart News was seen largely at abandoning support for Fields, a choice suggested as an indication that executives at Breitbart, Bannon included, were reluctant to criticize the Trump campaign. Outrage at the response to Fields’ accusations led to the resignation of multiple staffers, including Fields, Editor-In-Chief Ben Shapiro, Associate Editor Jarrett Stepman, and National Security Correspondent Jordan Schachtel.

Shapiro, who worked as Editor-In-Chief at Breitbart of four years, stated at the time of his resignation that as Chairman of Breitbart, Bannon epitomized the bullies that founder Andrew Breitbart fought against in the creation of his network. In The Daily Wire, Shapiro stated of Bannon and Breitbart’s legacy:

Andrew built his life and his career on one mission: fight the bullies. But Andrew’s life mission has been betrayed. Indeed, Breitbart News, under the chairmanship of Steve Bannon, has put a stake through the heart of Andrew’s legacy. In my opinion, Steve Bannon is a bully, and has sold out Andrew’s mission in order to back another bully, Donald Trump; he has shaped the company into Trump’s personal Pravda…the facts are undeniable: Breitbart News has become precisely the reverse of what Andrew would have wanted. Steve Bannon and those who follow his lead should be ashamed of themselves.

2. He Has Been an Investment Banker, a Filmmaker, and a Naval Officer

Before joining Breitbart Bannon worked in journalism at Huffington Post. Bannon has also produced political films, including the 2011 documentary “The Undefeated” about the political aspirations of Sarah Palin, which he discussed with Sean Hannity on Fox News.

However, before Bannon began working in politics and media he first served in the Navy, from 1976 to 1983. After graduating college, Bannon joined the Navy and spent four years at sea working as an auxiliary engineer and a navigator aboard a destroyer. According to Bloomberg, Bannon’s daughter Maureen followed her father into the service, as a graduate of West Point and a lieutenant in the 101st Airborne Division.

Bannon also worked as an investment banker for Goldman Sachs from 1984 to 1990, before leaving to form his own financing company Bannon & Company, which he sold in 1998. He attributes both his time in the navy and at Goldman Sachs to his disillusionment with the political establishment and his interest in reporting on politics.

3. He’s the Founding Chairman of The Government Accountability Institute 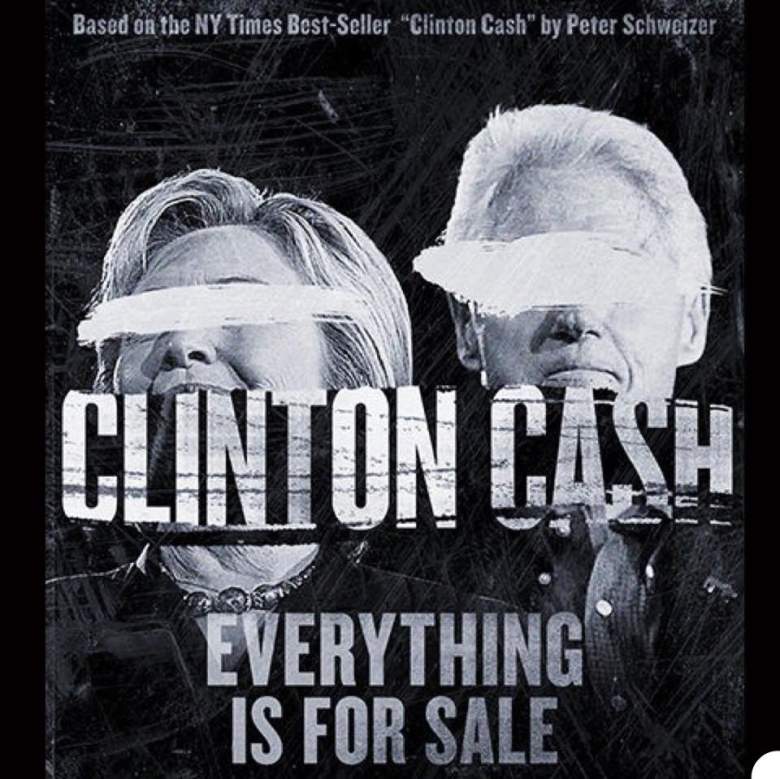 Bannon is the Founding Chairman of the nonpartisan nonprofit research organization the Government Accountability Institute (GAI), which is staffed by forensic investigators, lawyers, and data scientists. Bannon has been enthusiastically involved with the publication of two books resulting from GAI investigations targeting both the Democratic and Republican political establishments.

In the spring HarperCollins published a book written by Peter Schweizer, president of GAI, titled Clinton Cash: The Untold Story of How and Why Foreign Governments and Businesses Helped Make Bill and Hillary Rich. A second book by Schweizer, to be published in the fall, is titled Bush Bucks: How Public Service and Corporations Helped Make Jeb Bush Rich, aimed at former Republican presidential candidate Jeb Bush.

4. He’s an Outspoken Critic of the Republican Party

Bannon has been an outspoken critic of the Conservative political establishment, as seen in the above clip where he speaks on emerging trends in conservatism and talks about the “budding aristocracy” and “crony capitalism” in Washington D.C. He stated:

“We don’t really believe there is a functional conservative party in this country, and we certainly don’t think the Republican party is that.”

Breitbart has published a great deal of anti-establishment material, including particularly criticisms of Republican party majority leader Senator Mitch McConnell and Republican Speaker Paul Ryan. The Washington Post suggested that the hire of Bannon by Trump is a “middle finger to the GOP establishment.”

5. Trump Was Accused of Paying For Positive Coverage on Breitbart 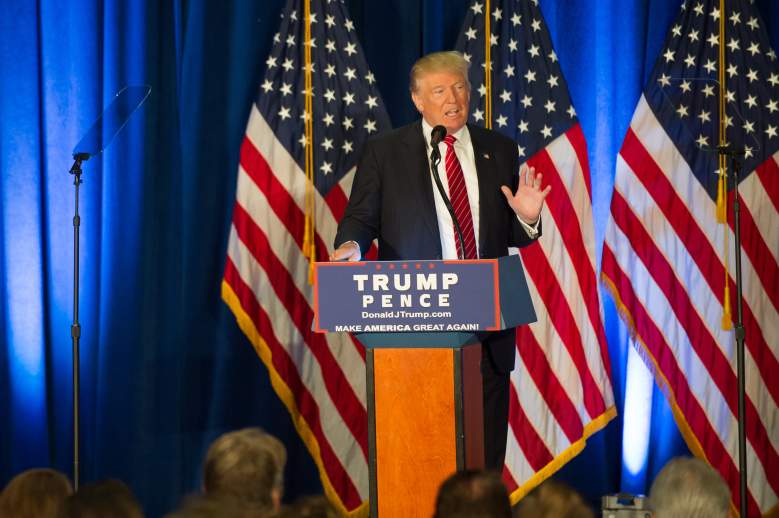 The Trump campaign criticism on American media outlets has largely spared Breitbart News, and Breitbart rarely posts negatively about the Republican candidate. BuzzFeed reported in August 2015 that, according to multiple anonymous staffers of Breitbart News, Donald Trump paid to be featured favorably on the news site.

According to Buzzfeed’s Mckay Coppins, who reported the story as part of his book covering the GOP’s fight for the West Wing, four sources indicated that both editors and writers at Breitbart complained about the extent and focus on positive Trump coverage, and:

… a conservative communications operative who works closely with Breitbart described conversations in which “multiple writers and editors” said Trump was paying for the ability to shape coverage, and added that one staffer claimed to have seen documentation of the “pay for play.”

The charge was denied by Bannon himself, but the accusations led to further speculation of a cozy relationship between the Trump campaign and the news outlet. In February 2016, prior to the incident, The Blaze founder Glenn Beck compared Bannon and Breitbart to Joseph Goebbels, Hitler’s propagandist. Beck accused Bannon of angling for a cozy relationship with Trump by “taking orders” from the campaign, and further suggesting that Bannon was trying to become the next Roger Ailes, the former chairman of Fox News (who is now advising Trump). Beck stated:

By taking orders from a political candidate and reworking your entire site to promote the lies of a specific candidate without any kind of truth behind these things, and just spinning all of–doing what you’ve done to Breitbart (and anybody who reads Breitbart knows exactly what’s going on). If that is what your idea of being Roger Ailes is, you are so sadly mistaken. That doesn’t make you Roger Ailes. That makes you Goebbels. So, let’s leave it at that.