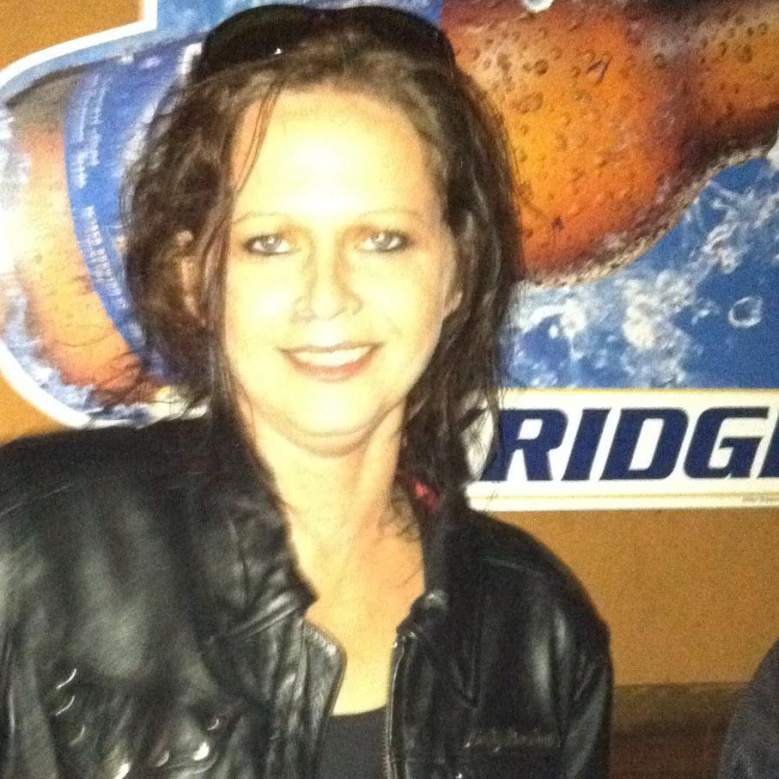 Suzette Langlois, 52, was found murdered at her home early Monday morning in Bellevue, Wisconsin, about 10 miles south of Green Bay. Police have not named any suspects and said she was shot to death.

Langlois posted eerie updates to Facebook before being killed, and friends and family are scrambling for answers as to what happened.

Police are asking for the public’s help in finding her killer.

1. She Was Shot to Death & Police Haven’t Named Any Suspects

Police said they received a 911 call early Monday morning and when they arrived they found Langlois deceased from an apparent shooting.

2. She Posted Chilling Updates to Facebook Before She Was Killed

On July 19 Langlois posted the above photo with a message to her daughters which conveys that she may have known something was going to happen. She tells the girls that when she’s gone she wants them to always remember that her “life didn’t start” until they were born.

Just two days prior she posted a photo that reads: “Pain changes people. It makes them trust less, overthink more and shut people out.”

Earlier that day she posted about being to hell and back, and also about never getting “too comfortable” with people or situations because they can change abuptly.

In the photo above Langlois insinuated there were bad people, or “monsters” in her life.

3. Police Are Asking for the Public’s Assistance

The Brown County Sheriff’s Office published the above photo on the afternoon of Langlois’ death. Authorities stated:

The Brown County Sheriff’s Office is looking for anyone with information about the death of Suzette Langlois, which is suspected to be a homicide. They are also looking to speak to anyone who had contact with her in the last 24 hours.
Contact Sgt Brian Slinger at (920) 448-4404 or Slinger_BM@co.brown.wi.us. To remain anonymous and be eligible for a cash reward, contact Green Bay Area Crime Stoppers at (920) 432-7867 or text “GBTIP plus information” to 274637.

On Tuesday the sheriff’s office released a statement in regards to the investigation:

The Brown County Sheriff’s Office is continuing to put a tremendous amount of resources into the active homicide investigation of Suzette L. Langlois. We appreciate the assistance of the local media in getting this information out to the public and aiding in the flow of leads and tips coming into our office. We continue to follow-up on these leads as they come in. Although we respect and appreciate the community’s quest for knowledge on the details of this tragic incident, due to the sensitive and on-going nature of the investigation, we are not able to release any additional information at this time.

Family is asking for donations to help with the cost of Langlois’ burial services. The page reads:

This morning in the early hours my sister Stephanie and me received devastating news that our mother Suzette was the victim of a homicide. No other details have been released to us as we ask the public to help. Of anyone knows any details please call the Brown County Sheriff’s Department.
On top of our recent tragedy we now have to plan a funeral in which now falls on the shoulders of my sister and I. Any help would go a long way in helping us give my mom the proper burial. We appreciate any and all donations. Thank you.

An update was made to the page Wednesday thanking everyone for their “continued support.” They apologized for not responding to people and that “it’s just been a rough day, and all we want is answers.”

5. She Was a ‘Devoted Mother & Grandmother’ & Loved Ones Are Searching for Answers

Langlois is described as a “devoted mother and grandmother” in her obituary.

Friends and family of Langlois are devastated as they desperately search for answer’s into the woman’s death.

I will never understand how someone can take someone else’s life. You took away my mom and my children’s grandma. Its just not fair. No one deserves this. I miss you so much mom, still doesn’t seem real. I love you.

“I hope they find the responsible person soon. How disheartening. She was beautiful inside and out! RIP sweet girl,” Tammy Dorner said.

Laurie Stoveken asked anyone with information to contact authorities and said, “Chris’s girls lost their Mother this morning. Please say a prayer for them tonight. They are devastated, as we are and hope that justice is served.”

Loading more stories
wpDiscuz
2
0
Would love your thoughts, please comment.x
()
x
| Reply
Suzette Langlois', whose apparent murdered body was found Monday, posted chilling entries to Facebook in the months before preceding death. Police have no suspects at this time. Click here to read more on this developing story.