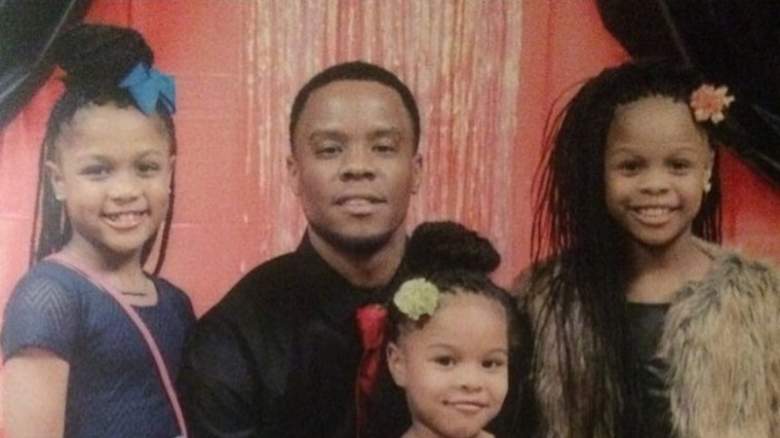 Timothy Batts and his daughters. Timea is on the right. (Change.org.)

A Tennessee father is accused of shooting his 11-year-old daughter to death after mistaking her for an intruder.

Timothy Batts, 29, of Henderson, Tennessee, is charged with reckless homicide in the death of his daughter, Timea, who was shot in the family’s home in Hendersonville, which is just under a half hour from Nashville.

An online petition with more than 11,000 signatures asked that Batts be released on bond so he could go to Timea’s funeral. However, police have accused Batts of giving shifting stories about the shooting.

It was Timea’s first day of middle school.

1. Batts is Accused of Mistaking The Girl For an Intruder After She Suddenly Returned Home

Batts initially told police that Timea “was shot while getting off the school bus,” said Channel 5 Nashville.

The television station says Batts “later confessed that he accidentally shot her after being startled when she arrived home from her first day of 6th grade.”

According to The Tennessean, Batts told police his daughter arrived home from school earlier than he expected and he thought she was an intruder.

Batts failed a drug test for cocaine after being released on bond, said The Associated Press.

WSMV quoted a police affidavit that says “Timothy Batts said he shot Timea Batts after she screamed and scared him.”

According to the television station, Batts also told police “that he shot his daughter after being awakened by a sound in the house. He said he got the gun from his dresser and shot it.”

Batts initially told officers Timea came home from school and had been shot, says WZTV, but “later recanted his story.” Batts drove his injured daughter to the hospital.

However, police said the home had surveillance cameras which appear to contradict Batt’s story of retrieving the gun from his dresser, said WZTV, saying the video “captured Batts walking around in his home on a cell phone with a gun five minutes before his daughter arrived home from school.”

Hundreds show up at vigil for Timea Batts. Tonight's vigil was put on by the 11-year-old's family. pic.twitter.com/c9qV4SNlx5

Friends told The Tennessean that Batts, who is a felon, had straightened out his life and was working two jobs.

Long Hollow Baptist Church Pastor Adam French said Batts became a Christian and insisted, “This is not a story of a man who turned violent. It’s a story about a man who grew up in a certain environment and had to deal with the consequences,” The Tennessean said. The newspaper said Batts’ defense attorney and family say Pellegrin he “cut lawns and hair while attending barber school.”

4. A Judge Reduced Batts’ Bail After Thousands Rallied Behind Him

Cheers broke out in the courtroom when the judge reduced Batts’ bail from $1 million to $500,000. While out on bail, Batts must submit to drug and alcohol testing and meet weekly with an officer.

Prosecutors argued that Batts is a convicted felon with two previous failure to appear incidents, said WZTV. In addition to reckless homicide in Timea’s death, Batts is charged with false reporting, tampering with evidence and possessing a firearm as a felon.

Supporters gathered inside and outside the courtroom.

5. A Petition Supporting Him Has More Than 11,000 Signatures

The petition, on Change.org, calls Batts “a good father who has changed his life for the positive” and says he “is being judged by past crimes. A freak accident lead to his daughters death and he is being charged like a murderer.”

The petition continues, “He loved his three daughters dearly and was a great father figure in her life. We ask that he is able to attend his daughter funeral service and have a lowered bond. His bond is 1 million dollars and that’s insane for a accident we need Timothy batts home for his grieving family.”

The petition writers insist that Batts “would never intentionally hurt his family” and ask for signatures to advocate “for the equality of punishments being handed out by our judicial system. Same crimes are being committed but blacks are handed 20% longer jail sentences then whites.”

Read More
5 Fast Facts, Breaking News, Crime, Tennessee
Tennessee father Timothy Batts is accused of shooting his 11-year-old daughter Timea to death after mistaking her for an intruder when she returned home from school.