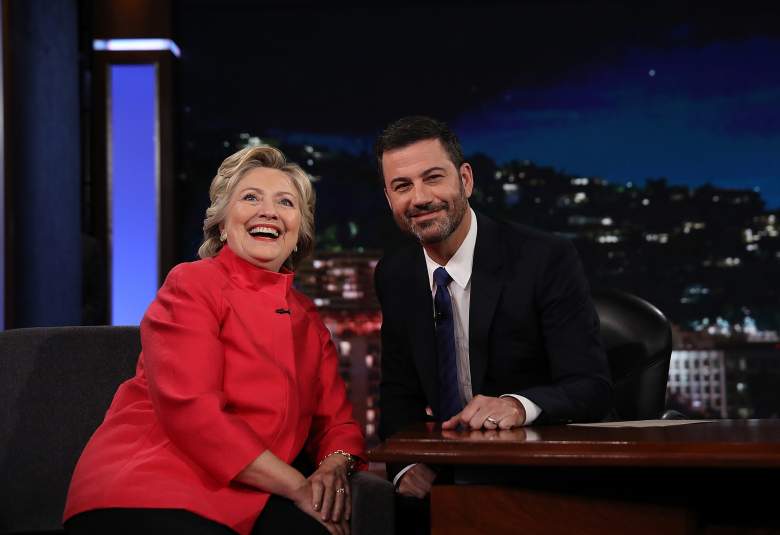 Hillary Clinton responded to Republican concerns about her health while on ABC’s Jimmy Kimmel Live Monday night by having the comedian check her pulse while she laughed off rumors that she’d had a stroke.

“Back in October, the National Enquirer said I would be dead in six months,” Clinton said. “So with every breath I take…”

“You feel like you have a new lease on life?” Kimmel asked.

Clinton said that the questions about her health make “no sense,” especially since she doesn’t question Donald Trump‘s.

Earlier in the interview, Clinton explained how she is preparing for the debates with Trump. “I’m here to ask for your help,” Clinton joked.

Clinton said she is taking the debates seriously, but “you have to prepare for wacky stuff that comes at you.” She added, “I am drawing on my experience in elementary school.”

Kimmel also asked Clinton, “If you were elected president, how great would it be if your first act was to deport Donald Trump to Mexico?”

“I’m not into deporting anybody other than violent people,” she said.

Kimmel also got Clinton to talk about her emails, but Clinton insisted that the 15,000 additional emails that will be released are “so boring.”

Kimmel also had a “Lie Witness News” segment, where Kimmel asked people about a “big announcement” Clinton made on Monday morning. Of course, the fact that Clinton didn’t really make a big announcement didn’t stop anyone from sharing their thoughts on it.