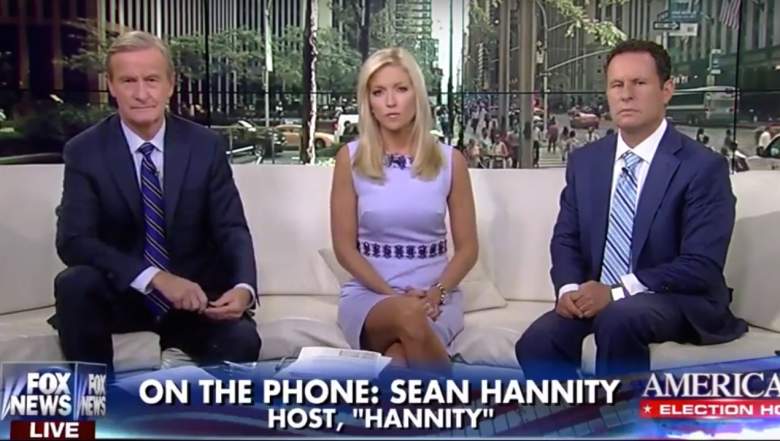 Sean Hannity called into Fox and Friends to complain about the media bias. (YouTube)

Fox News host Sean Hannity called into the network’s morning show, Fox and Friends, on Tuesday to rail against media coverage of the 2016 presidential election. Hannity’s critiques included calling CNN host Brian Stelter a “pipsqueak” and said that network will “literally kiss Hillary Clinton‘s a– and Obama‘s a– everyday.”

“The media is so in the tank, so on board for Hillary; they’re so abusively bias — I literally watched the show on CNN over the weekend and you got this little pipsqueak named Brian Stetler, and he allowed this arrogant professor from the Kennedy School of Journalism to talk about Trump being a demagogue and demagogues like Trump become dictators. That’s the type of coverage that CNN offers in this presidential race as they literally kiss Hillary Clinton’s a– and Obama’s a– every day,” Hannity said.

“Wait a minute. Sean, I don’t know if we’re allowed to say that. It’s early,” a smiling Ainsley Earhardt responded.

I wish Hannity had addressed my actual point: that he should help his audience instead of misinforming them https://t.co/Gpih8N7ke5