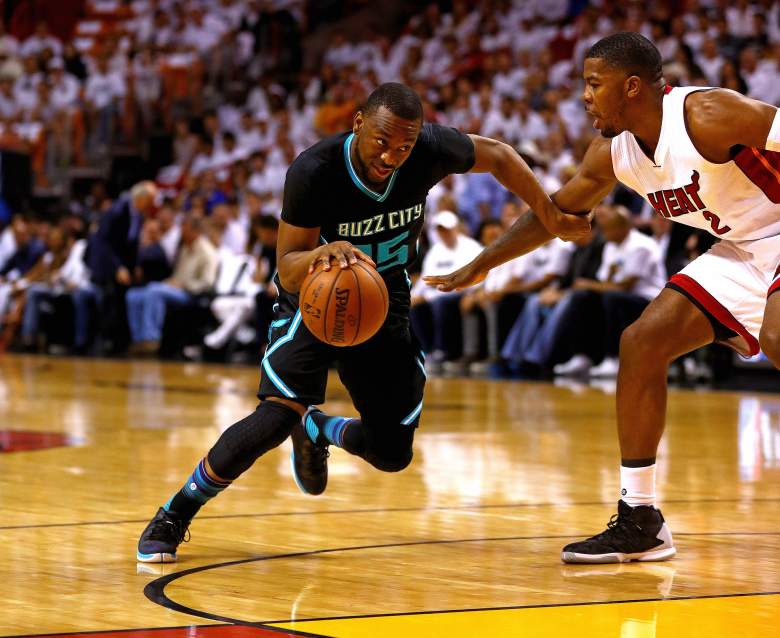 After winning just 33 games in Steve Clifford’s first season as head coach in 2014-15, the Charlotte Hornets made significant strides last season. The Hornets increased their win total by 15 games, winning a share of the Southeast Division title before falling to the Heat in seven games in the first round of the Eastern Conference Playoffs. With the Heat looking drastically different, as Dwyane Wade is in Chicago and Chris Bosh is out after failing his pre-camp physical, and the Hawks losing Al Horford to free agency, the door may have opened for the Hornets to grab control of the Southeast.

That being said, the Hornets have some personnel losses to account for as well with Al Jefferson and Jeremy Lin both moving on. But those are areas the Hornets front office made sure to address, and with Michael Kidd-Gilchrist healthy after playing in just seven games last season this is a team that has the tools needed to advance once in the playoffs.

Guards Kemba Walker and Nicolas Batum should once again lead the way offensively, with Kidd-Gilchrist, Marvin Williams and Cody Zeller among those providing the front court scoring. Ranked in the top ten in both offensive (ninth) and defensive (eighth) efficiency last season, Charlotte still has room for growth as they look to challenge the likes of Cleveland, Toronto and Boston in the East. 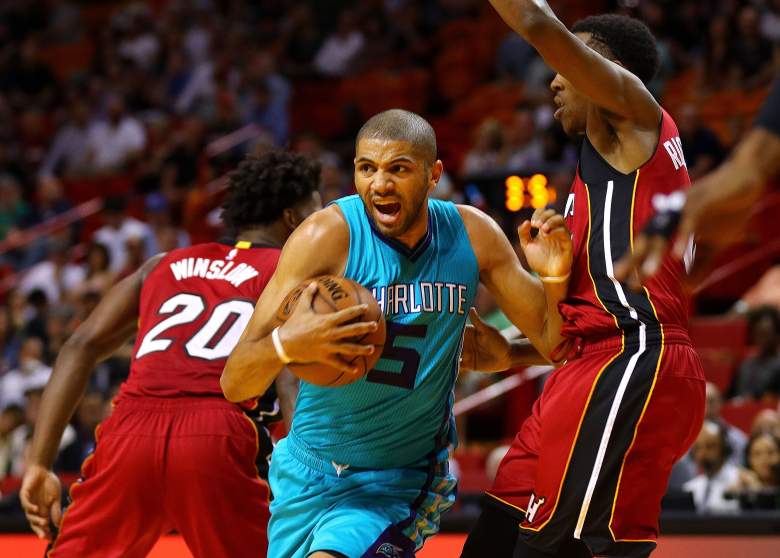 One of the top perimeter defenders in the NBA, Nicolas Batum represented France in the Rio Olympics (Getty)

G: Kemba Walker (20.9 ppg, 4.4 rpg, 5.2 apg) Walker led the Hornets in scoring and was second in assists last season, as he continues to navigate the balance between hunting for his own looks and setting up his teammates. That being said, Walker shot just 42.7 percent from the field and 37.1 percent from three, and improvement in those areas would make him an even tougher player for opponents to defend.

G/F: Nicolas Batum (14.9 ppg, 6.1 rpg, 5.8 apg) In his first season with the Hornets after being traded from Portland, Batum made an immediate impact on both ends of the floor. One of the better perimeter defenders in the NBA, Batum also led the Hornets in assists and was a quality scoring option on the wing. As a result the Hornets wasted no time signing him to a new deal this summer, with the sides agreeing to a five-year, $120 million deal.

F: Michael Kidd-Gilchrist (12.7 ppg, 6.4 rpg) Kidd-Gilchrist, who worked extremely hard to reform a shooting stroke that was the subject of a great amount of ridicule, played just seven games last season due to a torn labrum in his right shoulder. Kidd-Gilchrist suffered the injury during preseason, resulting in his being sidelined for some four months. And shortly after returning in February he re-injured the shoulder, ending his season. If he can stay healthy, Kidd-Gilchrist has the work ethic and athleticism needed to be a factor.

F: Marvin Williams (11.7 ppg, 6.4 rpg) Williams made 81 starts last season, and he was an efficient scoring option at the four for the Hornets. Williams finished the year with a team-best offensive rating of 118, and his defensive rating of 104 was solid as well. Williams may not be much of a three-point shooter, but he’s consistent in the mid-range portion of the court and only Walker (5.4 FTA’s per game) averaged more free throw attempts per game than Williams (4.1).

C/F: Cody Zeller (8.7 ppg, 6.2 rpg) With Jefferson, who provided 12.0 points per game off the bench, moving on Zeller is one of the players the Hornets will look to for increased scoring in the post. The 7-footer out of Indiana shot 52.9 percent from the field and 75.4 percent from the foul line last season, so there’s definitely room for Zeller to grow into an even more productive offensive option for Charlotte. 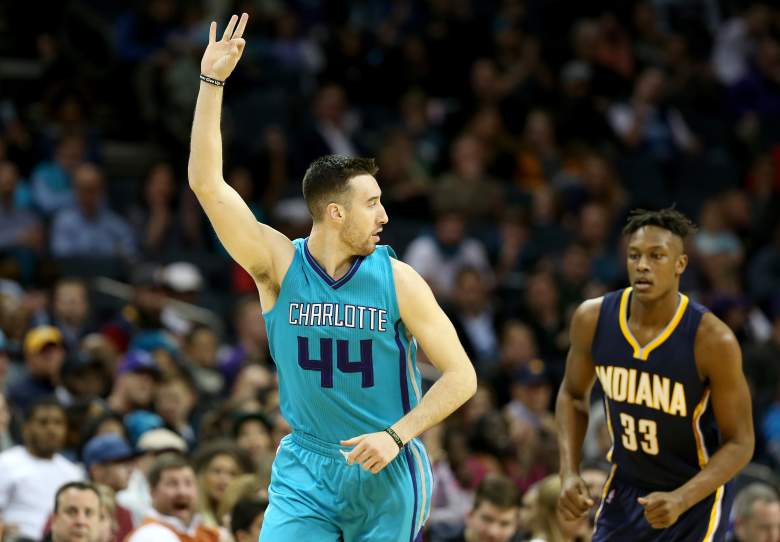 G: Brian Roberts (4.8 ppg, 1.3 rpg) Roberts spent 30 games with the Hornets before being traded to Portland at the trade deadline, serving as a deep reserve at the point guard position. Roberts agreed to a deal with the Hornets in July, so he’ll be back in the fold and likely competing with Ramon Sessions for the backup point guard spot.

G: Ramon Sessions (9.9 ppg, 2.5 rpg, 2.9 apg) Sessions served as John Wall’s backup in Washington last season, playing in all 82 games. Sessions shot 47.3 percent from the field in 2015-16, and his addition gives the Hornets a solid backup who can run a team. Either he or Roberts will be the backup point guard, with Sessions likely having the edge entering camp.

G: Jeremy Lamb (8.8 ppg, 3.8 rpg) Lamb played in 66 games last season, shooting 45.1 percent from the field while playing 18.6 minutes per contest. He’ll be in a similar role this season, giving the likes of Batum and Kidd-Gilchrist a break when they need one.

G/F: Marco Belinelli (10.2 ppg) Belinelli spent the last three seasons in Sacramento, where he was a solid supplementary scoring option on some bad teams. For his career Belinelli’s shot nearly 38 percent from three, and the hope is that he can get back to that number after shooting just 30.6 percent last season.

F/C: Spencer Hawes (6.0 ppg, 4.3 rpg) At 6-foot-11 Hawes has the size needed to bang around on the low block for the Hornets, and he’s also displayed the ability to step out into the mid-range area on occasion. He’ll provide the Hornets with additional depth inside.

C: Frank Kaminsky (7.5 ppg, 4.1 rpg) Kaminsky had some good moments in his rookie season, and he stands to most benefit from Jefferson’s departure when it comes to both minutes and scoring opportunities. At 7-feet tall Kaminsky can score over defenders in the post, and he also has the ability to step out to the three-point line and hit shots.

C: Roy Hibbert (5.9 ppg, 4.9 rpg) There was some surprise when the Pacers decided to trade Hibbert to the Lakers last summer for a second round draft pick. That decision was justified by Hibbert’s struggled in Los Angeles, as numbers that were on the decline in each of the two seasons prior got even worse. Now he’s in Charlotte looking to rejuvenate his career, and the presence of another former Georgetown center in Patrick Ewing could be just what the doctor ordered for Hibbert.

Other Players in Hornets Training Camp 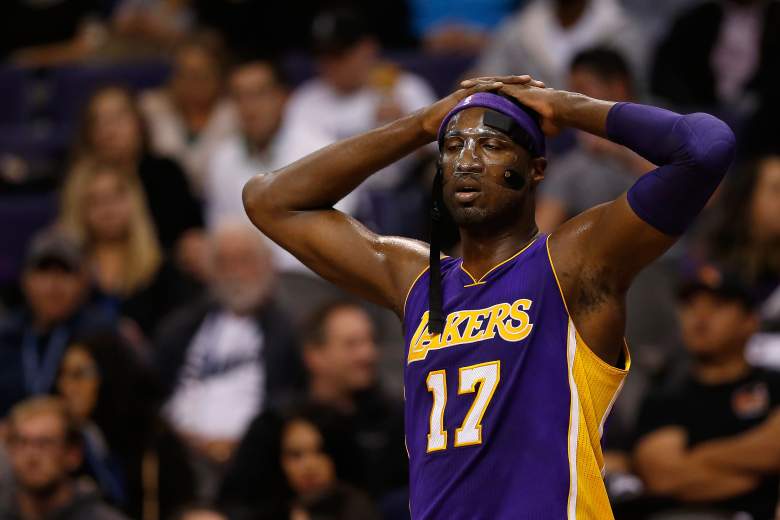 Roy Hibbert will look to rejuvenate a career that hit a rough patch in L.A. (Getty)

G Aaron Harrison: Harrison played in 21 games for the Hornets last season, and with a non-guaranteed deal and the presence of Sessions and Roberts there’s a better chance of him starting the year with the D-League affiliate in Greensboro.
G/F Treveon Graham: Of the players in camp without guaranteed deals, Graham may have the best shot of making the 15-man roster. At 6-foot-6 he has the size to play either the two or the three, and the VCU product a quality perimeter shooter as well.
F Christian Wood: Signed to a guaranteed deal this summer, Wood will make the Hornets’ 15-man roster. And with his athleticism, he has the upside to be a solid contributor in time.

UPDATE (10/21): The Hornets announce that they have waived guard Andrew Andrews.