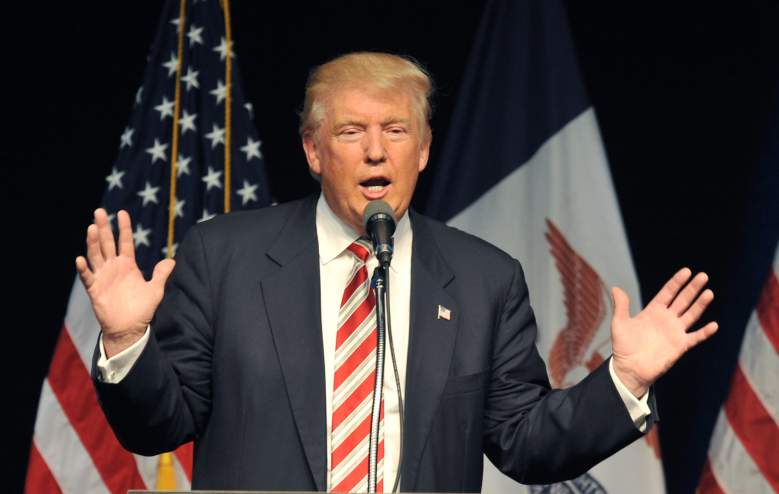 Donald Trump celebrated his 70th birthday on June 14, so if he is elected as President, he will be the oldest person ever to start a first term. He would pass the mark set by President Ronald Reagan, who was 69 when he was inaugurated. If Hillary Clinton is elected, she would be the second-oldest person elected to a first term.

Considering the age of the candidates, their health has become an increasing issue in the campaign, especially after Clinton’s pneumonia diagnosis and the incident at a 9/11 ceremony on Sunday. Both candidates have been called on to release more medical information, leading Trump to only issue a one-page letter from his doctor at first. However, on Wednesday, he revealed the results of a recent physical while on Dr. Oz with Mehmet Oz.

Here’s what we know so far about Donald Trump’s health. This post has been updated to include the medical records released by the Trump campaign on September 15.

Prior to the Dr. Oz interview, all that was revealed about Trump’s health from the campaign was a letter signed by Dr. Harold N. Bornstein, a gastroenterologist at Lennox Hill Hospital, on December 4, 2015. In the letter, Bornstein wrote that, in his 39 years of treating Trump, the Republican candidate has “had no significant medical problems.” Bornstein wrote that his blood pressure result from a recent physical was 110/65 and the lab results were “astonishingly excellent.”

Bornstein wrote that Trump has never had cancer or orthopedic surgery. The only surgery was an appendectomy when Trump was 10 years old, Bornstein wrote.

“If elected, Mr. Trump, I can state unequivocally, will be the healthiest individual ever elected to the presidency,” Bornstein concluded. 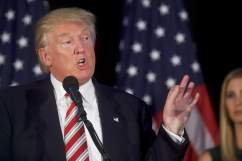 2. Trump Received a Medical Deferment During the Vietnam Draft Due to Bone Spurs in His Heels

In Spring 1968, Trump was diagnosed with bone spurs in his heels. According to The Mayo Clinic, a bone spur is “a bony growth that usually begins on the front of your heel bone and points toward the arch of your foot.” Trump received a 1-Y medical deferment in the fall of 1968, after he graduated from the Wharton School at the University of Pennsylvania. While he was there, he received for deferments for education.

In an interview with the New York Times, Trump called the bone spurs “temporary” and a “minor” issue that he didn’t have a major impact on him. “I had a doctor that gave me a letter — a very strong letter on the heels,” Trump told the Times, but did not remember who the doctor was.

“Over a period of time, it healed up,” Trump told the Times.

However, as the Times points out, Michael D’Antonio wrote in The Truth About Trump that he saw a tiny bulge on his heel. Trump also could not recall which heel was affected.

“While attending the University of Pennsylvania’s prestigious Wharton School of Finance, Mr. Trump received a minor medical deferment for bone spurs on both heels of his feet,” the Trump campaign said in a July 2015 statement. “The medical deferment was expected to be short-term and he was therefore entered in the military draft lottery where he received an extremely high number, 356 out of 365.”

The campaign later noted that, “had his draft number been selected he would have proudly served and he is tremendously grateful to all those who did.”

3. Trump Said He Weighs 236 Pounds & Has a Body Mass Index of 29.5, Which the CDC Considers Overweight

During Trump’s interview with Oz, he revealed that he weighs 236 pounds and stands 6’3″. His Body Mass Index (BMI) is 29.5, he revealed on the show, notes the New York Daily News. The Centers for Disease Control and Prevention puts that number just on the high end of “Overweight.” A BMI of 30 or above is “obese.” The results of the physical were read on the show by Oz.

A high BMI can be an indicator of high body fatness. BMI can be used as a screening tool but is not diagnostic of the body fatness or health of an individual. To determine if a high BMI is a health risk, a healthcare provider would need to perform further assessments. These assessments might include skinfold thickness measurements, evaluations of diet, physical activity, family history, and other appropriate health screenings.

Members of the audience told Bloomberg that the candidate told Oz that he would like to lose between 15 and 20 pounds. 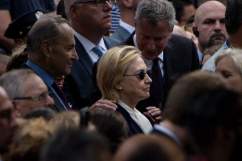 4. Trump’s Physical Also Revealed That He Previously Had High Cholesterol

Bornstein’s letter in December claimed that Trump only took two medications: 81 mg of asprin and a “low dose of a statin,” a type of drug used to lower cholesterol. Members of the Dr. Oz audience revealed to the Telegraph that Trump’s physical revealed that he did have high cholesterol and statins have helped lower it.

As the Mayo Clinic notes, high cholesterol can be inherited, although it also can be the result of an unhealthy diet and lifestyle.

An audience member told MSNBC’s Jesse Rodriguez that Trump told Oz that he enjoys fast food because “at least you know what they are putting in it.”

Per an audience member at Dr. Oz taping with Trump, he said he likes fast food because "at least you know what they are putting in it." 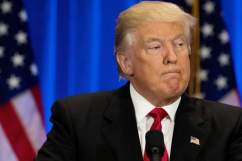 5. Trump’s Physical Results Also Show That He Has Normal Testosterone

Audience members told reporters that Trump told Oz that he has high testosterone. The medical report released by the campaign shows Trump has a 441.6 ng/dL level of testosterone. According to The Mayo Clinic, the average adult male has a testosterone level at 240-950 ng/dL. MedicineNet.com notes that some researchers suggest that “the healthiest men have testosterone levels between 400-600 ng/dL.”

Trump's testosterone level was said to be about 440, per viewers of @DrOz show taping today. https://t.co/4aAbNyteSY

Testosterone is on average about 270. So his ~440 level is very high, per our health & science reporter @FayCortez
https://t.co/3KioAueJIl

As Forbes reported in August 2016, the Journal of Personality and Social Psychology published a study this summer of male executives in a Harvard education program that higher levels of hormone testosterone and lower levels of the stress hormone cortisol was common among managers who took more leadership responsibility.

Forbes asked the study’s lead researcher, Gary Sherman, if he wanted to speculate if Trump or President Barack Obama also had low levels of cortisol and high levels of testosterone, but he declined to.

“It would be nice to make that extension, but it’s going a little beyond our sample,” Sherman told Forbes. “Most of the people we studied are not in the public sphere.”

An audience member also told NBC News that Oz congratulated Trump on his health and that he’d be happy if any of his patents were as healthy as Trump. Trump also told Oz that he hasn’t been to a hospital since his appendectomy. The audience member who spoke with NBC said that had “normal” testosterone levels. 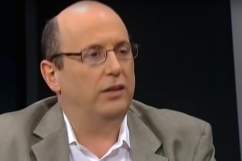 Loading more stories
wpDiscuz
1
0
Would love your thoughts, please comment.x
()
x
| Reply
Donald Trump, who could be the oldest man elected president, finally revealed more details about his health on Dr. Oz. Here's a look at his health.