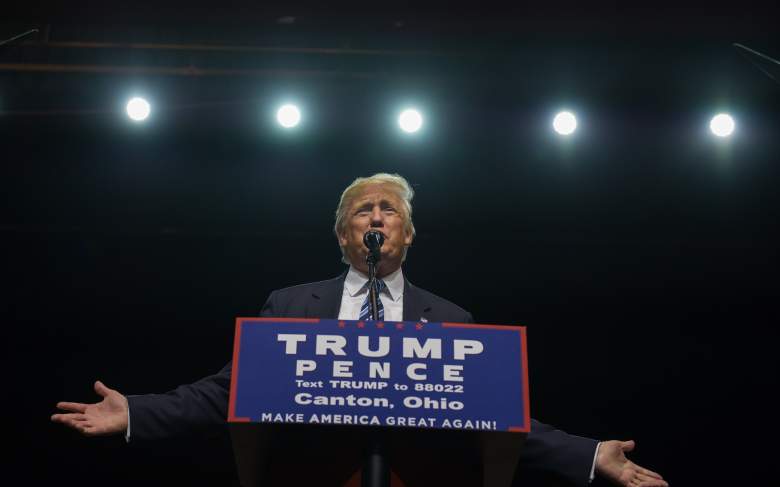 Tonight was the first presidential debate, and calling it “heated” would be an understatement. There were a lot of memorable moments, especially coming from Donald Trump.

Read on for Trump’s top 10 best quotes from the first presidential debate.

“Go to her website, she tells you how to fight ISIS on her website. I don’t think General Douglas MacArthur would like that very much… You’re telling the enemy exactly what you’re going to do… No wonder you’ve been fighting ISIS your entire adult life… ”

“I will release my tax returns against my lawyer’s wishes when she releases her 33,000 emails that have been deleted… That was more than a mistake, that was done purposefully. When you have your staff taking the 5th so they’re not prosecuted… I think it’s disgraceful. And believe me this country thinks it’s disgraceful also.”

“I was the one who got him to produce the birth certificate, and I think I did a good job… You treated him (Obama) with terrible disrespect (during the election). And I watch the way you talk now about how lovely everything is… It doesn’t work that way… Your campaign even sent out pictures of him in a certain garb… So when you try to act holier than thou, it really doesn’t work.”

“I’ll take the admirals and the generals any day over the political hacks… Because look at the mess that we’re in.”

“She’s saying Russia, Russia, Russia… It could also be China… It could also be somebody sitting on their bed who weighs 400 pounds. You don’t know who hacked into the DNC… But what did we learn from documents? We learned Bernie Sanders was taken advantage of by your people. … Whether that was Russia, China or another country… The truth is under President Obama we’ve lost control.”

“I think the best person in her campaign is mainstream media.”

“We are losing billions and billions of dollars. We cannot be the policemen of the world… We cannot protect countries all over the world when they’re not paying us what we need. She’s not saying that because she has no business ability.”

“Hillary has experience, but it’s bad experience. … This country can’t afford to have another four years of that kind of experience.”

“She spent hundreds of millions of dollars on negative ads about me, many of which are untrue… It’s not nice and I don’t deserve that. … The only gratifying thing is, I saw the polls come in today. With all of that money… I’m either winning or tied and I’ve spent practically nothing.”

Loading more stories
wpDiscuz
0
0
Would love your thoughts, please comment.x
()
x
| Reply
Read on for the top 10 best quotes by Donald Trump during the first presidential debate with Hillary Clinton.