Fabiola Bittar de Kroon, a dynamic corporate lawyer from New Jersey who was a young mother, was identified as the lone person who died in the Hoboken, New Jersey train crash.

Fabiola, who was 34-years-old, was standing on a platform at the station when debris from the out-of-control train killed her, according to CNN. The New York Post reports that 108 people were injured when the transit train horrifically crashed into the terminal, leaving a mess of tangled metal and a desperate search for survivors. In the end, only de Kroon lost her life.

Just in on #HobokenCrash: Victim is Fabiola Bittar de Kroon, 34, of Hoboken.

The victim was a resident of Hoboken, said CBS New York. An adventurous spirit described as being part of an “international couple,” she leaves behind a husband and small child. On Facebook, de Kroon said she was from Santos, Brazil.

According to the Post, the disaster involving commuter train 1614 occurred at 8:45 a.m.

1. Fabiola Was a Corporate Lawyer With an MBA Specializing in Brazilian Law

According to her LinkedIn site, de Kroon was a “Corporate Lawyer, MBA (USA), with solid experience in the legal field. Business oriented mindset, team player and hands-on professional, actively participating in the Company’s decision making processes and handling strategic matters for the Company. Working as business partner with focus on results. International experience and graduation. Fluent in English.”

She listed her specialties as “Brazilian law; business and corporate law; contracts negotiation and execution; consumer goods industry; management.” She was a senior legal counsel for SAP, a software company, according to her LinkedIn profile. People Magazine said she had recently left the position and moved to America from Brazil.

According to The San Francisco Chronicle, she moved to New Jersey because her husband “got a job with an international liquor company.” A friend described them as an “international couple,” said the newspaper.

New Jersey Gov. Chris Christie said most of those injured were on the train itself, the Associated Press said. 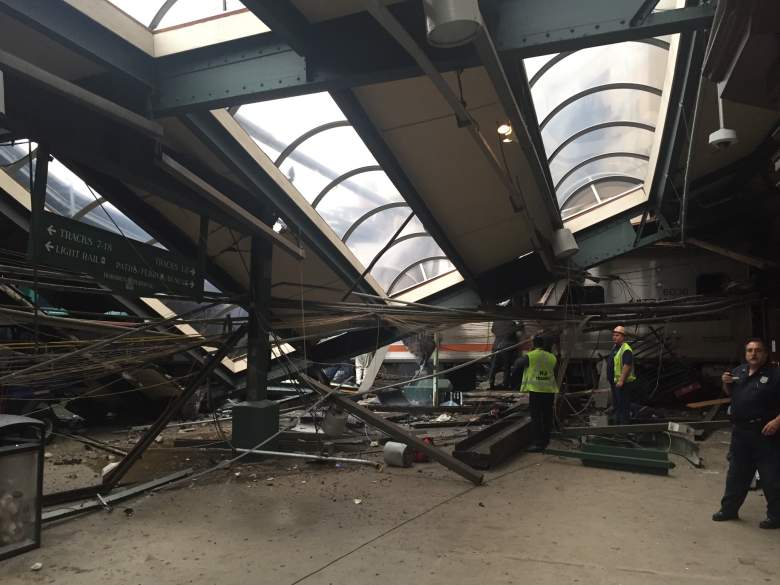 A NJ Transit train seen through the wreckage after it crashed in to the platform at the Hoboken Terminal September 29, 2016 in Hoboken, New Jersey. New Jersey emergency’s management system is reporting more than 100 people were injured in the crash. (Getty)

However, de Kroon was killed when she was struck by flying debris as she stood on a station platform, according to the AP. 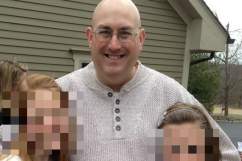 2. Fabiola Was Described as a ‘Dedicated Professional’ Who Was ‘Focused and Objective’

Other professionals flooded de Kroon’s LinkedIn page with recommendations of her. One woman wrote, “Fabiola is a dedicated professional, focused and objective, essential qualities in a professional.”

Another colleague wrote, “I heartily recommend Fabiola and would be too happy to work with her again. She is a Great professional with high potential for work smartly.” And yet another wrote, “Fabiola has proven to me as an excellent lawyer in the field of Consumer Electronics. Very keen on technical items and an expert on her own field.” 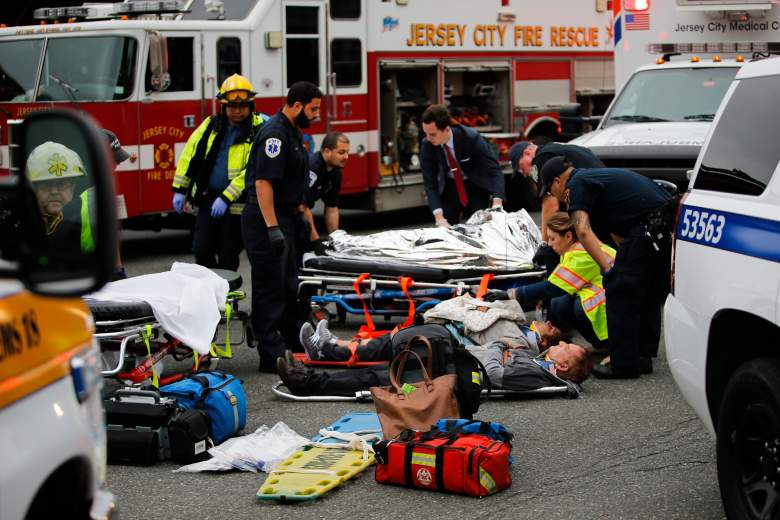 People are treated for their injuries outside after a NJ Transit train crashed in to the platform at Hoboken Terminal September 29, 2016 in Hoboken, New Jersey. Dozens are reported injured from the rush hour accident in the terminal that handles up to 50,000 passengers a day. (Getty)

Another colleague’s recommendation said, “Fabiola is a great professional, an asset for any company. She is 100% committed to the job, always showing excellent communication skills and innovative ideas.”

Gov. Christie said in a news conference that the train was traveling at a high rate of speed when the crash occurred, CNN reported.

The train went airborne and slammed through a passenger area, CNN said.

The train then “crashed through all the barriers, bringing it right to the interior wall of the .. terminal,” said Christie, according to CNN.

A machinist who witnessed the crash told North Jersey.com, “The impact sounded like a bomb-like explosion. I really don’t know why he came in so quickly.”

3. Fabiola Was Married With a Young Child & Her Husband Was out of Town When She Died 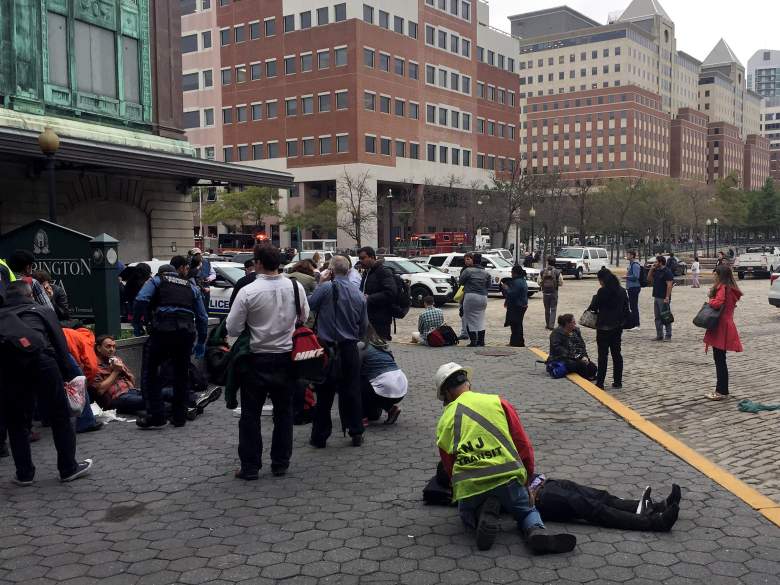 People are treated for their injuries outside after a NJ Transit train crashed in to the platform at Hoboken Terminal September 29, 2016 in Hoboken, New Jersey. New Jersey emergency’s management system is reporting more than 100 people were injured in the crash. (Getty)

Fabiola was married with a young daughter, according to The Associated Press. On Facebook, she posted a photo of herself with her husband in a wedding dress. Many other photos also showed them together on vacation.

According to People Magazine, her husband, Daan, whom she married in 2012, was out of town on business and her child was at daycare when she died.

The San Francisco Chronicle said she had indicated she was in a rush when she dropped her toddler daughter off at daycare before heading for the train station.

The New York Post said her daughter is named Julia and is 1-years-old. The Post says Fabiola’s distraught husband called her mother in Brazil with the news late in the afternoon on September 29. 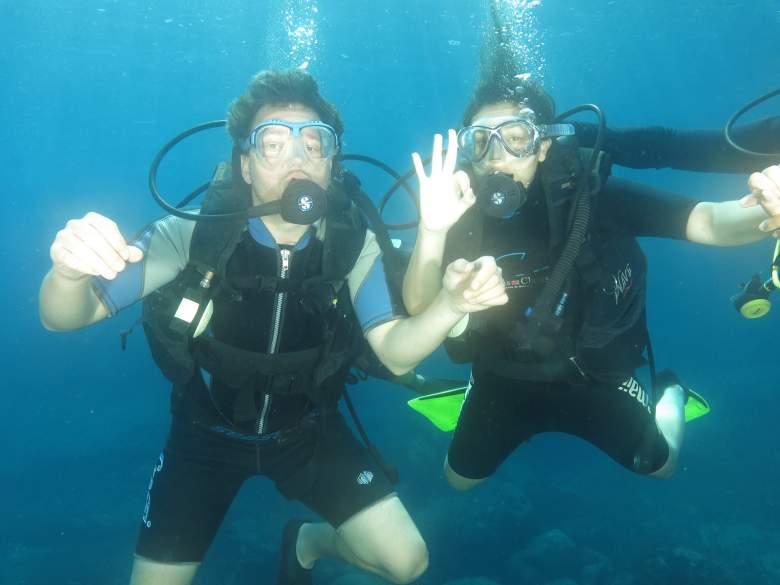 Her Facebook page presents the picture of an adventurous personality. Photos show de Kroon out on the town with friends and scuba diving.

The engineer who was operating the train remains in critical condition in an area hospital “and is cooperating with law enforcement investigating the crash,” said ABC News.

Three of the 108 injured were described as being in serious condition, while multiple others were what authorities referred to as “walking wounded,” said NBC New York.

4. Fabiola Went to College in Florida & May Have Been Going to ‘Scout’ Apartments

Dramatic video and photos, many of them disseminated on social media, captured dramatic images of the mangled wreckage in the historic train station.

Her mother told The New York Post that Fabiola was probably taking the train to “scout” apartments. The couple had “recently decided to start looking for apartments to be closer to Manhattan and find a better school district for Julia,” said The Post.

The LinkedIn site for de Kroon says she received her master’s in business administration from Florida International University. A former co-worker described her as having “a great, talented, big and genuine heart,” said The Associated Press. 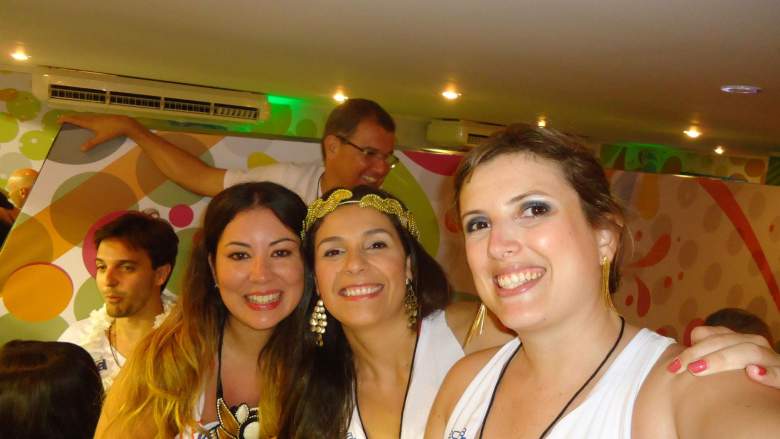 5. The Cause of the Crash Is Still Under Investigation, Authorities Said

It’s not clear what caused the horrific crash, said the governors of New York and New Jersey, who joined together for a joint press conference on Thursday.

“We know what happened,” said New York Gov. Andrew Cuomo; according to ABC News, he meant the train’s speed. “We don’t know why it happened.” 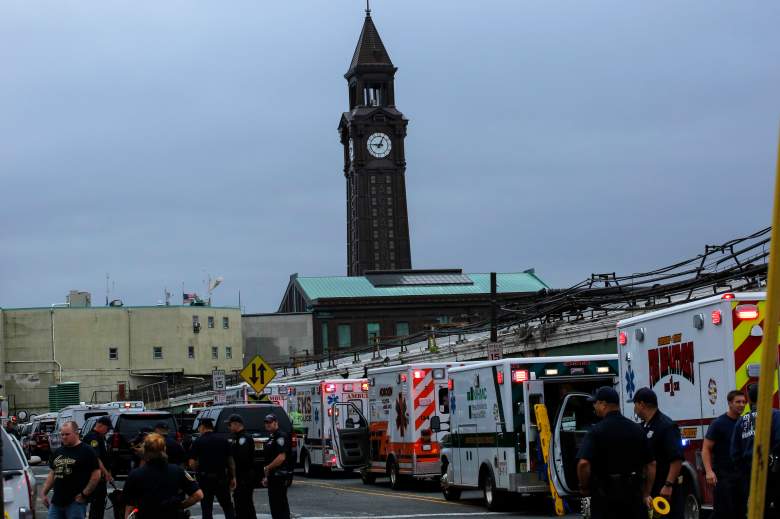 Emergency workers gather at New Jersey Transit’s rail station in Hoboken, New Jersey September 29, 2016.
A packed commuter train crashed into a station in New Jersey during the morning rush hour Thursday, with three people reported killed and more than 100 injured, many of them in critical condition. The train failed to stop as it pulled into Hoboken station, causing major damage to the transit hub just over the Hudson river from Manhattan. (Getty)

“The train came in at much too high rate of speed, and the question is: ‘Why is that?”’ Christie said, according to CBS New York.

CBS New York also reported that the National Transportation Safety Board will study any similarities to a 2011 crash that hurt 30 people at the station when “a PATH train crashed into bumpers at the end of the tracks” as well as “positive train control’s role in the crash. The safety system is designed to automatically slow or stop trains that are traveling too quickly.”