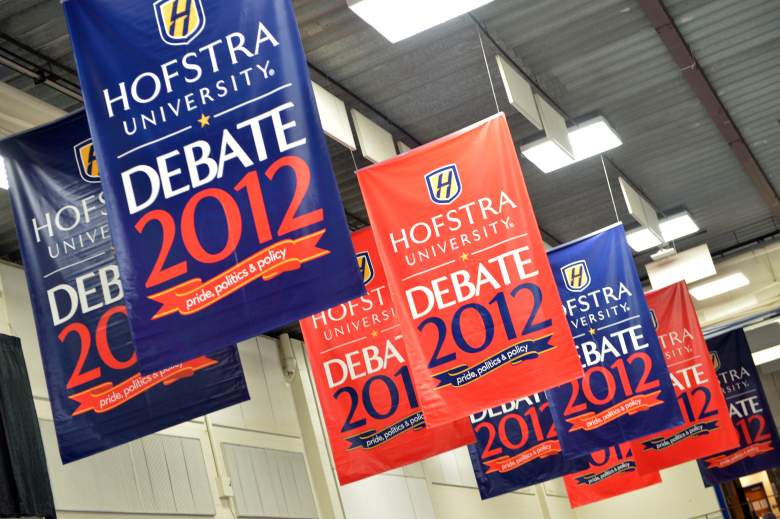 The second presidential debate in 2012 was held at Hofstra University. (Getty)

Hofstra University will host a presidential debate this week. If that sentence sounds familiar, it should, as this has happened on numerous other occasions.

The 2012 Hofstra debate was a consequential one, the second debate of the election cycle. It was during this town hall between Mitt Romney and Barack Obama that Romney made his now famous “binders full of women” remark, and it was also when moderator Candy Crowley interjected to correct Romney about the president’s response to the Benghazi attack. Donald Trump has since referenced this as something he does not want to see happen this year.

“Well, I think he has to be a moderator,” Trump recently said of Lester Holt, according to Politico. “I mean, you’re debating somebody and if she makes a mistake or I make a mistake, I’ll, you know, we’ll take each other on. But I certainly don’t think you want Candy Crowley again.”

In general, the takeaway from the 2012 Hofstra debate was that Barack Obama won, improving upon his lackluster performance in the first debate.

In 2008, Hofstra hosted the third and final presidential debate between Barack Obama and John McCain on October 15th. It was hosted by Bob Schieffer. Obama’s conversation with Joe Wurzelbacher, a.k.a. “Joe the Plumber,” was a frequent discussion point in this debate. In subsequent polls, a majority of viewers believed Barack Obama had won.

Hofstra was not always going to serve as the host on Monday. The first debate was originally going to be held at Wright State University in Ohio, but that school announced over the summer that it would be withdrawing due to concerns about costs and security.

“Wright State has a responsibility for the safety and well being of those on its campus and in the surrounding area,” the school said at the time, according to Politico. “We all take this responsibility very seriously. Over the last few weeks we have had a growing concern over what it would take to guarantee the safety and security of our campus.”

“No one expected Hofstra to get it the first time, in 2008,” Rabinowitz said, according to CNN. “No one expected it except me. We got it. And when we got it, what we wanted to do was make sure it wasn’t just a one-night thing.”

The debate is produced by the non-partisan Commission on Presidential Debates. It will air on Monday, September 26th at 9:00 p.m. Eastern Time on virtually every major news network. It will be 90 minutes long and presented without commercials.

Read More
2016 Presidential Election, Donald Trump, Hillary Clinton, Politics
Hofstra University on Long Island will once again host a presidential debate next week. How many times have they done so?