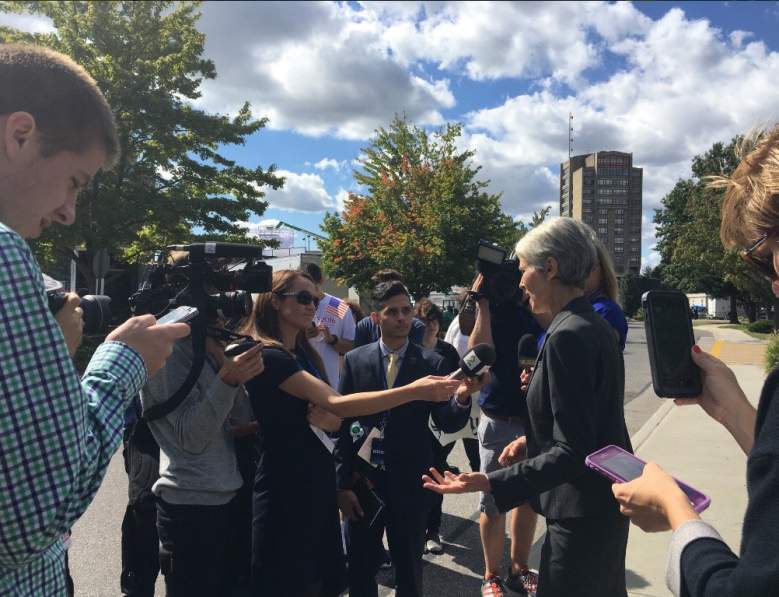 Jill speaks to MSNBC before being escorted off Hofstra’s campus. (Twitter/Jill Stein)

Jill Stein had plans to spend the day of the first presidential debate on the Hofstra University campus where the debate was being held, but those plans were disrupted when police escorted her off campus shortly after she arrived. What happened?

Jill Stein was planning to hold a rally at Hofstra University before the debates, with supporters arriving on campus around 4:30 p.m. Eastern. Then, Stein was scheduled to host a Twitter Q&A at 5:30 p.m., followed by answering debate questions on a live stream during the debate. But her plans changed when she was escorted off campus around around 2:30 p.m. Eastern when she was supposed to have an interview with MSNBC.

Stein was on her way to an interview with MSNBC when the Nassau County police and Hofstra security stopped her, she said on Twitter.

We were on our way to an interview with @MSNBC when we were stopped by Hofstra security and Nassau County police just now. #debatenight pic.twitter.com/Y0fQjih47Y

MSNBC was questioned, despite having credentials for them.

Two police SUVs just pulled up and @MSNBC was questioned even though they had credentials for us at Hofstra for #debatenight. pic.twitter.com/1pbcIyS80g

Stein did a quick impromptu press conference for MSNBC before being escorted off campus by the police and told not to do any more press appearances there.

We were immediately escorted off of the Hofstra campus after the press conference just now and told not to do any more press. #debatenight pic.twitter.com/ZFr49NPMuH

After they were escorted from the campus, the police put them in a van that was stopped twice, Stein tweeted. The Nassau Deputy Police Chief McCarthy told Stein: “(Jill) is not public enemy number one,” she shared on Twitter. Stein later tweeted a photo with Chief Canavan of the Nassau County Police and said that he was very nice to her. But, she added, she won’t be silenced despite being escorted off campus. She’s since removed that tweet from her feed. She wrote on Facebook about the event:

This is what democracy looks like in America today.”

It’s unclear if Stein will need to move her protests and live streams to a location off campus this evening. However, wherever she is, she will still be responding live to the debate questions later tonight, watching the candidates’ responses, and answering questions on Twitter and Facebook. 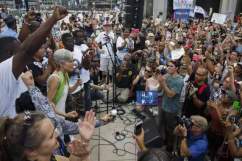 What Is Jill Stein Doing During the Presidential Debate?

Loading more stories
wpDiscuz
11
0
Would love your thoughts, please comment.x
()
x
| Reply
Why was Jill Stein escorted off the Hofstra campus by police today? Will she still be doing livestreams and protests today?