Closer to the crime scene now it is very active. Family members are here and are very distraught @wsoctv pic.twitter.com/QJU7u0CIJ2

Keith Lamont Scott, a black man, was reportedly reading a book when he was shot dead by police in Charlotte, North Carolina on September 20.

According to the Charlotte Observer, the shooting occurred in the parking lot of the Village at College Downs apartment complex on Old Concord Road just before 4 p.m.

Police told the newspaper Scott was armed and a gun was recovered at the scene by detectives.

However, the police chief said he could not be sure by a video he observed if Scott was indeed pointing a gun. You can watch his speech at a news conference below: 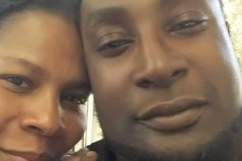 A Facebook live video was posted after the shooting by Scott’s daughter, Lyric Scott. She said he did not have a gun.

The community is outraged and protesting the shooting. Police in riot gear have asked the crowd to leave, but they’re refusing. You can read more about Scott here.

You can watch videos taken from the scene below:

Protesters “greatly outnumbered police” and the reporter appears to have been harassed:


Reporter Joe Bruno said there appeared to be about 100 people at the protest. They were chanting “no justice no peace.” Watch the coverage below:


Police can be seen trying to disperse the crowd:


George Shears III cries with emotion in the video below, and talks about having tear gas sprayed at him as he leaves the protest. “There’s a lot of hate in this country…and hate harbors hate. We’ve got to stick together, we’ve got to build this country up…we can’t keep killing people,” he said. 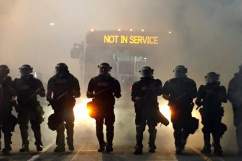 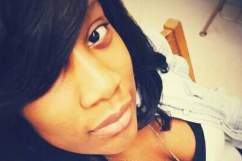 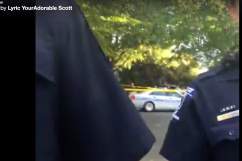 Loading more stories
wpDiscuz
36
0
Would love your thoughts, please comment.x
()
x
| Reply
Keith Lamont Scott was shot dead by police while he was reportedly reading a book today. The community is protesting and refusing to leave. You can watch the footage here.