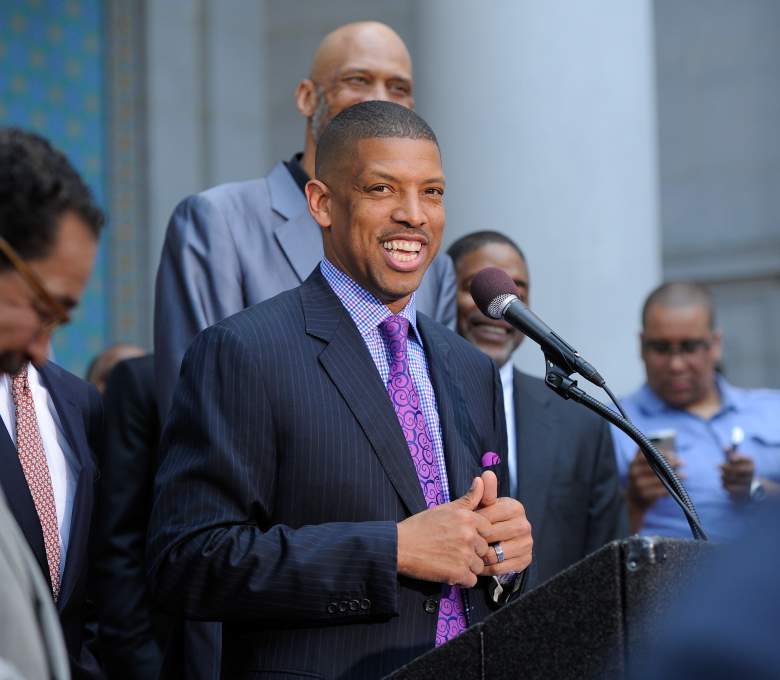 Wednesday night it was reported by multiple media outlets that Kevin Johnson, a former NBA veteran who has been the mayor of Sacramento, California since 2008, got into a physical altercation with a protester at an event. Johnson, who announced last October that he will not be running for a third term as mayor of his hometown, has been no stranger to controversy during his political career. Here’s what you need to know about the incident and Johnson’s career in both politics and athletics.

1. The altercation occurred at an event celebrating Sacramento’s Farm-to-Fork Week 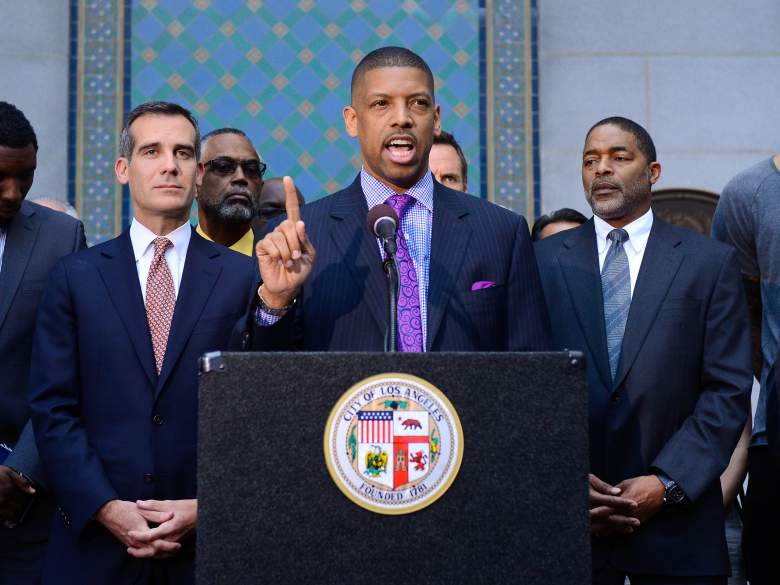 Johnson speaking at a press conference in 2014 (Getty)

Wednesday evening Johnson was one of the speakers at the Seeds of HOPE Dinner, which is part of the city’s Farm-to-Fork Week celebration, according to the East Bay Express. The event was held in the garden of Sacramento High School, which is Johnson’s high school alma mater.

Attendees were able to meet multiple chefs from the area, as well as enjoy a dinner prepared by Chef Patrick Mulvaney and the Edible Sac High student chefs. It was during the dinner portion of the event that the reported altercation took place.

2. The altercation began when the protester hit Johnson in the face with a pie 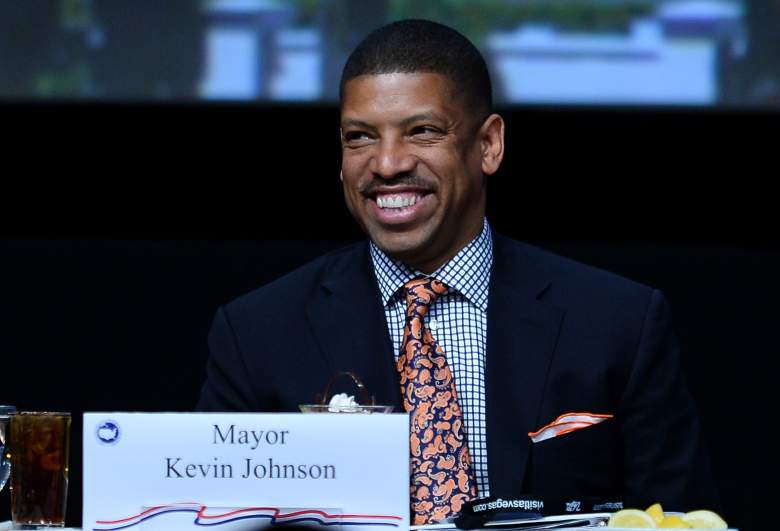 Johnson at the U.S. Conference of Mayors in Las Vegas in 2013 (Getty)

Per reports the protester, identified as Sean Thompson, instigated the altercation by hitting the mayor in the face with a pie. Thompson also had words for Johnson, which are unknown at this time. In response to Thompson’s actions Johnson chased the man down and tackled him. The East Bay Express wrote the following about the exchange, which resulted in ambulances and the fire department being called to the scene:

After this, Thompson reportedly said something to Johnson, which prompted him to allegedly tackle the protester and punch him in the face “repeatedly,” more than half a dozen times, landing “five to 10.”

One witness described it as a “bloody pulp.”

Following the altercation Johnson apologized to those in attendance. He also called mixed martial artist Urijah Faber, also in attendance, to the podium and cracked jokes about the altercation according to the report. Thompson, who was part of the Occupy Sacramento movement, was arrested on a charge of felony assault of a public official.

Official statement from @SacPolice on the incident tonight where a man reportedly lobbed a pie at @KJ_MayorJohnson in Sacramento. pic.twitter.com/0sYKqFw1LH

3. Johnson has been mayor of Sacramento, his hometown, since 2008 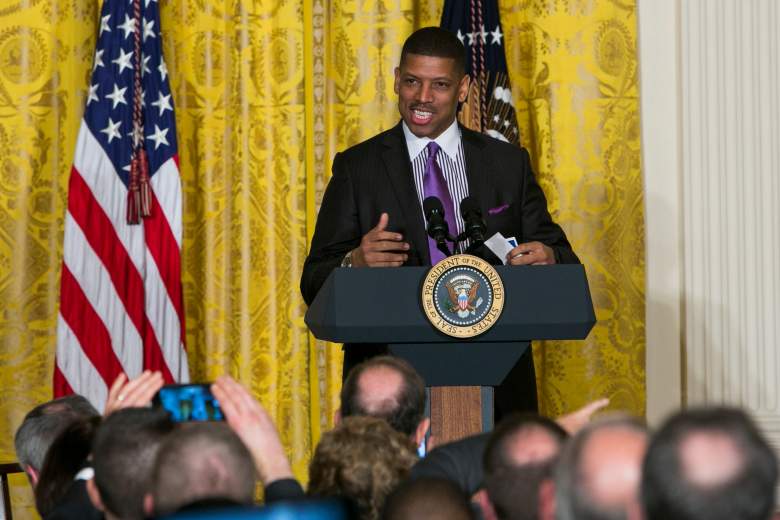 The mayor introduced President Barack Obama at the 2015 U.S. Conference of Mayors (Getty)

Eight years after playing his final game in the NBA, Johnson announced in March 2008 that he was running for Mayor of Sacramento. Running in an election that had a total of seven candidates, including an incumbent in Heather Fargo who had won the last two mayoral elections, Johnson received 46.58 percent of the votes to force a runoff between he and Fargo (39.36 percent) in November of that year.

Johnson would win the runoff, collecting 57.4 percent of the available votes. Four years later he won reelection with 58.74 percent of the vote. Receiving more than 50 percent of the votes in the initial election meant that Johnson would not have to participate in a runoff. While Johnson was known for his St. HOPE Academy, which was established while he was playing in the NBA, those outside of Sacramento likely know of his work in helping get a new arena built to keep the Kings in Sacramento.

4. Amidst much scrutiny, Johnson announced last October that he will not run for a third term 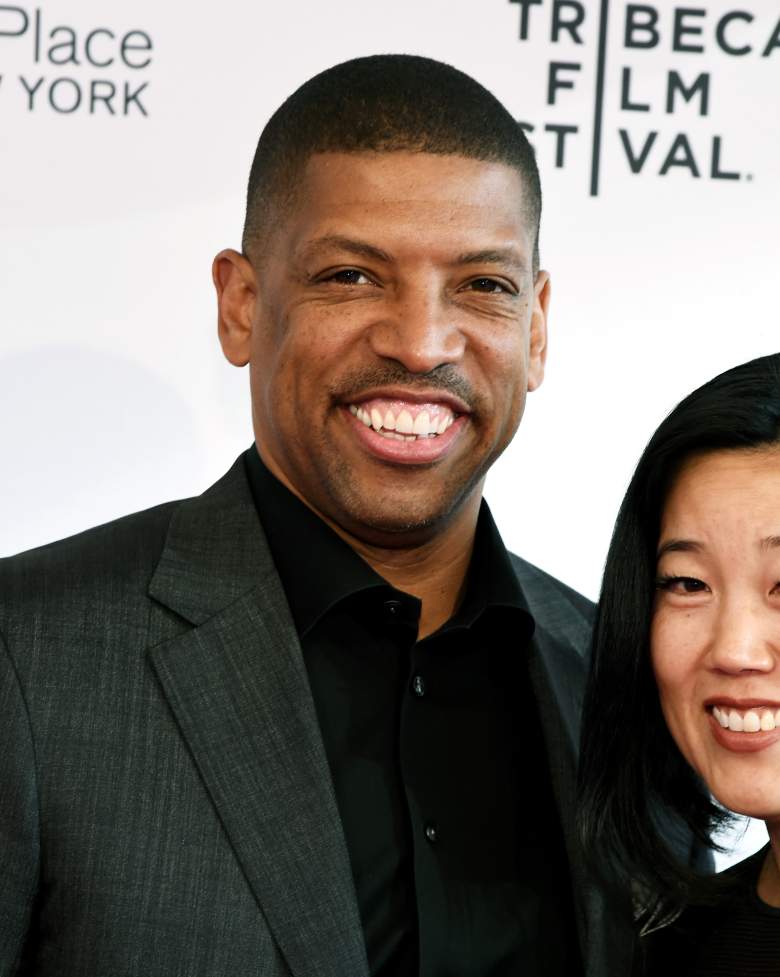 Johnson’s tenure as mayor hasn’t come without controversy, which includes allegations of sexual abuse levied by a woman in 2015. Disclosed in an article published by Deadspin, Mandi Koba stated that she had been sexually abused by Johnson during the late-1990’s when she was 16 years old. Koba also stated that she was paid money to remain quiet about the ordeal, something she decided to no longer do in 2015.

“I just felt like I wasn’t doing anything but protecting him,” Koba says of her years of silence. “Part of the way they got me to go along with the agreement was they told me it would protect me from his attorneys saying mean things about me. Well, I’m a grown-up now. They can say mean things about me if they want.”

Johnson said that the controversy had no impact on his decision to not run for a third term as mayor, saying at the time that he’s “never made a life decision” based on allegations.

5. Johnson played 12 seasons in the NBA after being drafted by Cleveland in 1987 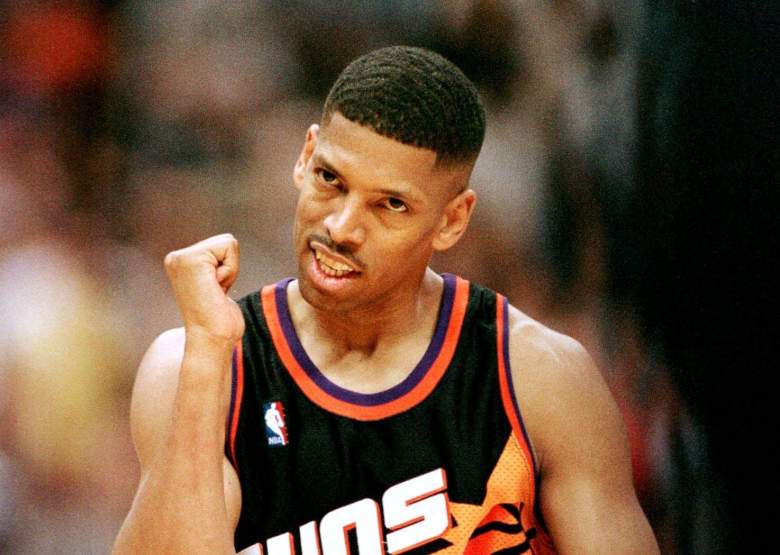 Johnson played most of his NBA career in Phoenix (Getty)

Johnson is best known for his 12-year career in the NBA, where he played for both the Cleveland Cavaliers and Phoenix Suns. Cleveland selected Johnson, who played his college basketball at California, with the seventh pick in the 1987 NBA Draft. But after 58 games the Cavaliers would trade Johnson to Phoenix, where he spent the remainder of his NBA career.

Johnson was a three-time all-star with the Suns, and after originally retiring following the 1997-98 season he returned for a handful of games during the 1999-2000 season. For his career Johnson averaged 17.9 points and 9.1 assists per game. 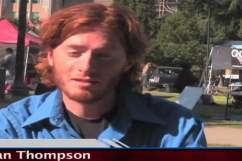 Loading more stories
wpDiscuz
0
0
Would love your thoughts, please comment.x
()
x
| Reply
The Mayor of Sacramento beat a protester who threw a pie in his face at an event Wednesday night.