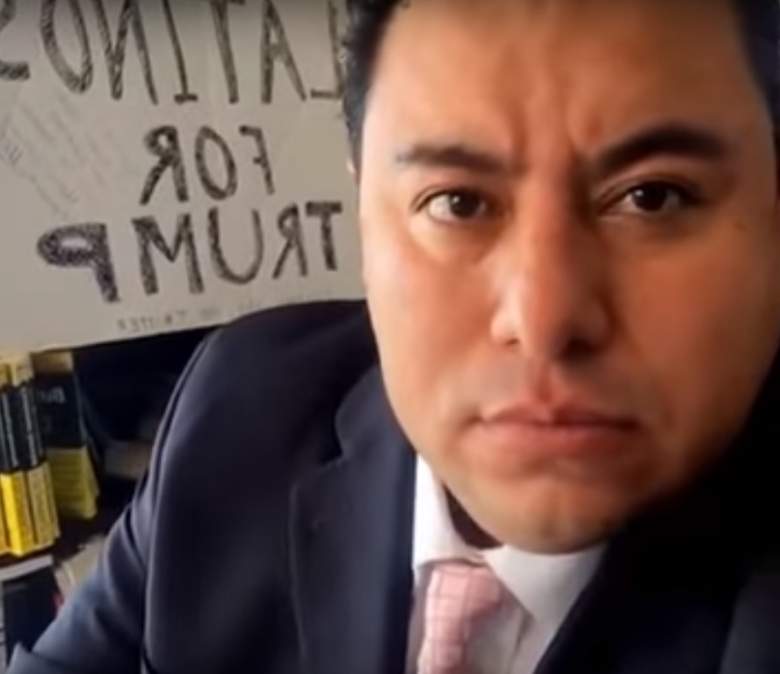 Marco Gutierrez is the co-founder of Latinos for Trump. (YouTube/Marco Guiterrez)

Marco Gutierrez is the co-founder of Latinos For Trump, a group that stands by Donald Trump, despite his comments on Mexican immigrants and his plan to build a wall along the U.S.-Mexico border. The group was also behind “Operation Taco Bowl,” a rally named after Trump’s infamous taco bowl tweet. On Thursday night, Gutierrez warned that there will be taco trucks on every corner is Trump is not elected.

Here’s a look at Gutierrez and Latinos For Trump.

1. He Quoted ‘Star Trek’ Before Leading Into His Comment About Taco Trucks

Latinos for Trump founder @MarcoGutierrez: "you're gonna have taco trucks on every corner" #inners https://t.co/Vifo3q7Ah8

Gutierrez made his comment about taco trucks on MSNBC’s All In, after quoting Star Trek. “The needs of the many outweigh the needs of the few,” he said after being asked about Trump’s policy on illegal immigrants and plans to deport them. “Different times, different problems,” Gutierrez added.

Gutierrez said that people need to understand that there are “problems.” When pressed to explain what the problems are, he said:

My culture is a very dominant culture and it’s imposing and it’s causing problems. If you don’t do something about it, you’re gonna have taco trucks on every corner.

Gutierrez practiced this line on YouTube. He filmed himself as he drove to a TV studio for his MSNBC segment and posted the video below. In it, he suggests that Latinos will be the majority in the U.S. because, “In the next three generations, if my [six] kids have six kids, you’re taking about 280 million people.” The title of the video is “Hillary Clinton = taco trucks on every corner.”

Guttierez’s infamous “Taco Trucks” comment came to life ahead of the third presidential debate, CNN reports. A group of taco truck owners created a “wall” around the Trump International Hotel in Las Vegas, the city where the third debate is being held. 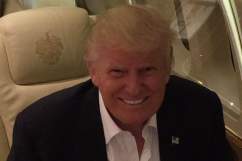 PHOTO: Donald Trump Mocked for Eating KFC With Silverware on His Jet

On August 20, Gutierrez posted the above video, in which he announced “Operation Taco Bowl” and named September “Taco Bowl Awareness Month.” It is an attempt by the group to embrace Trump’s controversial Conco de Mayo tweet, when he posted a picture of himself eating a taco bowl.

Latinos For Trump also hosted an “Operation Taco Bowl” event in Anaheim on August 28. The 42-year-old Gutierrez, who said he is a legal immigrant form Mexico, told Brietbart at the rally, “Ever since I got my citizenship in 2003, I have been a Republican.”

“I think Democrats are too far to the left. They lost their way,” Gutierrez added.

Jorge Herrera told Brietbart at the rally that Democrats don’t really care about Hispanics. “We can see middle class income down, Hispanic wealth is down, African-American wealth is down. You look at the top Democrat cities, they’re all down,” Herrera said. “It’s all about talk, no action. The statistics prove they have done nothing for everybody.”

3. Gutierrez Praised Trump’s Wall, Calling it ‘More Than Physical’ & Trump Reminds Latinos That They ‘Have a Country to Protect’

On August 31, when Trump met with Mexican President Enrique Pena Nieto, Gutierrez went on CNBC and praised the idea of a wall along the U.S.-Mexico border. He called it “more than physical” and also symbolic.

“I came to this country to achieve the American Dream. I came here to be an American. I think a lot of Hispanics have felt complacent. They’ve forgotten that,” Gutierrez said, adding that Trump is reminding them that they “have a country to protect.”

Gutierrez said that there are many Latinos supporting Trump who are “in the closet” and fear openly supporting Trump. He added that Hillary Clinton should leave politics behind.

“I don’t think any family should go back to the White House,” Gutierrez said. “I think she did her job needs to step already. She should just go and retire on an island somewhere and just enjoy her accomplishments.”

4. Gutierrez Traveled to Cleveland to Show Support for Trump at the Republican National Convention

He’s got life experience, knowledge and an ability to restore the economy. I’ve seen a lot of Latinos lose their savings. Donald Trump brings hope to businesses. Everyone concentrates on the wall, but no one puts emphasis on Melania’s great [immigrant] success story.

Gutierrez also suggested that Latinos should embrace Trump’s economic ideas. “We’ve been transplanted [to the US] and we’re not being watered properly,” he said.

He also told VOA News at the RNC that he wasn’t offended by the wall.

Everyone is thinking about this wall and their feelings getting hurt rather than seeing the reality. I’m voting for Trump because I think he’s the man to restore the economy. 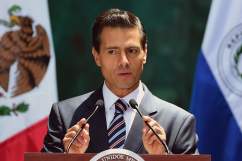 In a June radio interview with PRI, Gutierrez went to a Trump rally in San Jose, California with his 14-year-old daughter, Elimia. She supported Bernie Sanders, even though she’s too young to vote.

“The process of legalization is going to be hard work, but they need to do it,” Gutierrez said of illegal immigrants. Emilia called that “complete bull,” adding, “[Immigrants] have been here very long. They’ve already made a life here. They don’t have a life back in Mexico. You really want to send them back?”

Despite their disagreements, Emilia said that she enjoyed the political discussions because it gave them something to talk about. Gutierrez agreed, calling their conversations “divisive, very divisive.”

“He’s the man,” Gutierrez said of Trump in a Los Angeles Times interview at the August rally, where only 50-60 people showed up. “He speaks the language of the heart. He can reach people who have been disenfranchised.”