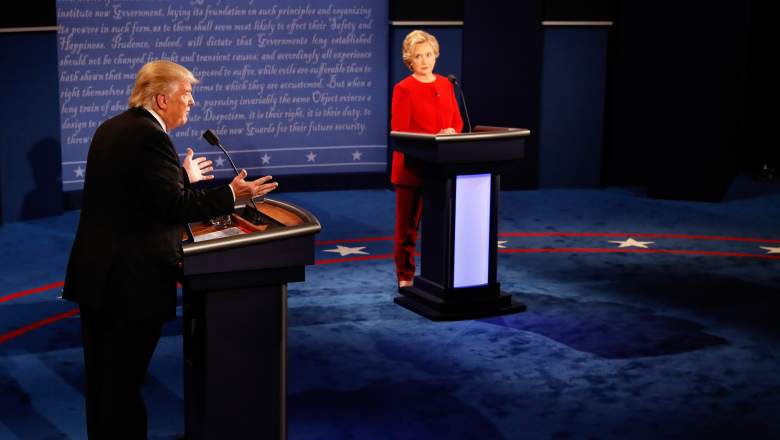 Clinton and Trump face off at the first debate. (Getty)

At the Presidential debate at Hofstra University, Donald Trump suggested that New York City’s stop-and-frisk policy, ruled unconstitutional in 2013, made a great impact on the murder rate in that city, and that without the policy, New York City has seen sharp rises in its murder rate. Clinton immediately took exception to the remark, pointing out that the overall violent crime has fallen:

Moderator Lester Holt also got into it with Trump on the constitutionality of the policy:

Trump’s claim that murder rates are rising in New York City is incorrect when looking at the most recent data. According to the NYPD, murders fell by 21 percent for the first quarter of 2016, to a low called “historic” by city officials. His specific claim, that stop-and-frisk prevented murders by taking guns off the streets, also appears to be incorrect: gun arrests increased 13 percent, with overall gun seizures up 15 percent.

Trump’s further claim, however, that murder rates are rising across the country, appears to be correct. The FBI reported September 26 that nationwide rates of murder and other violent crimes jumped 3.9 percent after falling to historic lows. The FBI attributed the jump to a few major cities, noting that violent crime was down in others.

Stop and frisk, a tactic legalized in Terry v. Ohio and also known as a “Terry stop,” allows police to stop individuals and check for weapons if they have reasonable suspicion that the person is, has, or will commit a crime. The NYPD’s specific policy on stop-and-frisk was found to be unconstitutional due to its disparate impact on minorities. Trump has indicated heavy disagreement with the decision and promoted a nationwide policy mirroring the former NYPD practice. 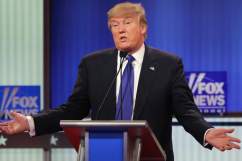 Loading more stories
wpDiscuz
8
0
Would love your thoughts, please comment.x
()
x
| Reply
Though nationwide murders are slightly up, it's not true of NYC.