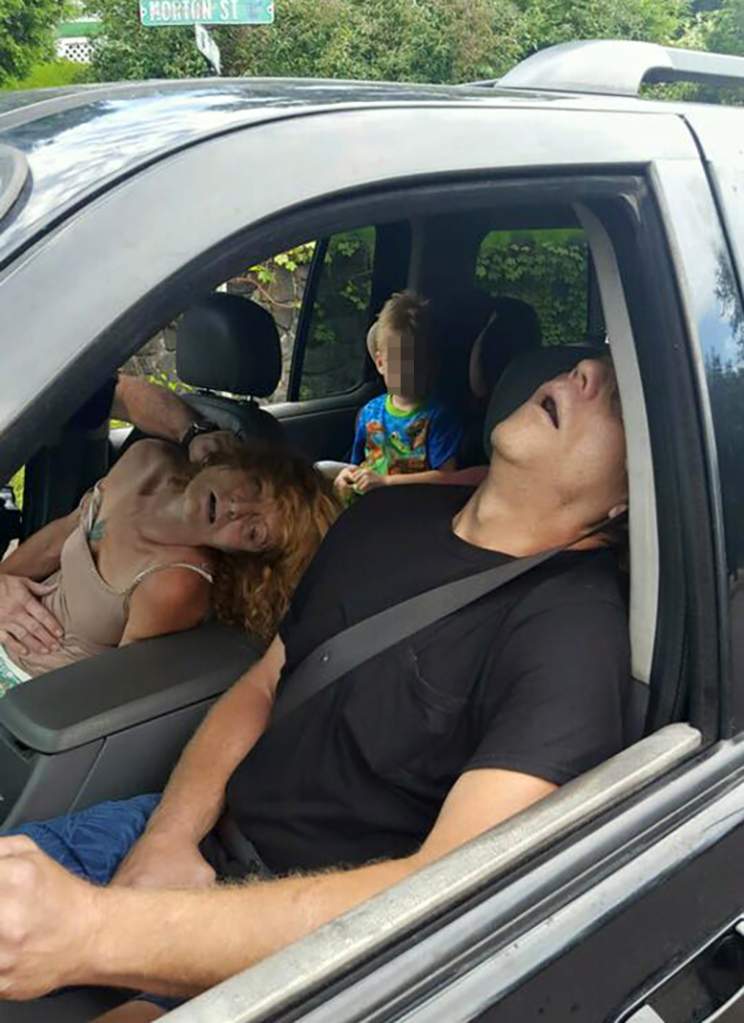 The East Liverpool, Ohio Police Department shared two photos of a couple found in a car after both overdosed on heroin. A 4-year-old child was also found in the car with them. Police decided to make the photos and police report public in an effort to highlight the growing heroin addiction problem in Ohio.

The photos were shared on the City of East Liverpool’s Facebook page. In a statement, the city noted:

We are well aware that some may be offended by these images and for that we are truly sorry, but it is time that the non drug using public sees what we are now dealing with on a daily basis. The poison known as heroin has taken a strong grip on many communities not just ours, the difference is we are willing to fight this problem until it’s gone and if that means we offend a few people along the way we are prepared to deal with that.

In the police report, found below, the suspects are identified as 50-year-old Rhonda L. Pasek and 47-year-old James Lee Acord. The arresting officer wrote that they were found on Wednesday, September 7 in a dark Ford Explorer with West Virginia license plates. The officer pulled the couple over after seeing the car “driving very erratic, weaving back and forth in the lane while driving on the yellow center and back to the right edge of the roadway.”

The officer spoke with the driver, Acord, whose speech was “uninteligible” and his head was “bobbing back and forth.” He said he was taking Pasek to the hospital and tried to drive away. The officer said that he then reached into the car to turn it off.

The child was identified as Pasek’s son, but was later revealed to be her grandson. NBC News reported on September 14 that Pasek was only granted custody of the child six weeks before the photos were taken. The Daily Mail reported that his mother is 25-year-old Reva McCullough, who now works at a strip club in North Lima, Ohio and lost custody of the chukd four and a half months before he was born due to her drug abuse.

A moment later, the diver became unconscious. Pasek was already unconscious and “turning blue,” according to police. The officer then called an ambulance. When they were removed from the car, the police officer wrote that he found a folded piece of paper between Pasek’s legs that contained “a small amount of pink powdery substance,” which was then taken to a lab.

Pasek and Acord were taken to East Liverpool City Hospital. At the scene, they were treated with Narcan, which can be used to reverse an opiate overdose, the officer noted in his report.

The child was taken to the police station after Columbiana County Children’s Protective Services was called.

In August, The Ohio Department of Health reported that 3,050 people were killed from drug overdoses in Ohio in 205, or eight people a day. That’s an increase from 2,531 in 2014 and a record number of deaths for the state.

WTOV reports that a neighbor is now taking care of the child. Acord pleaded no contested to the charges and was sentenced to 360 days in jail. His license was also suspended for three years and he has to pay a $475 fine. 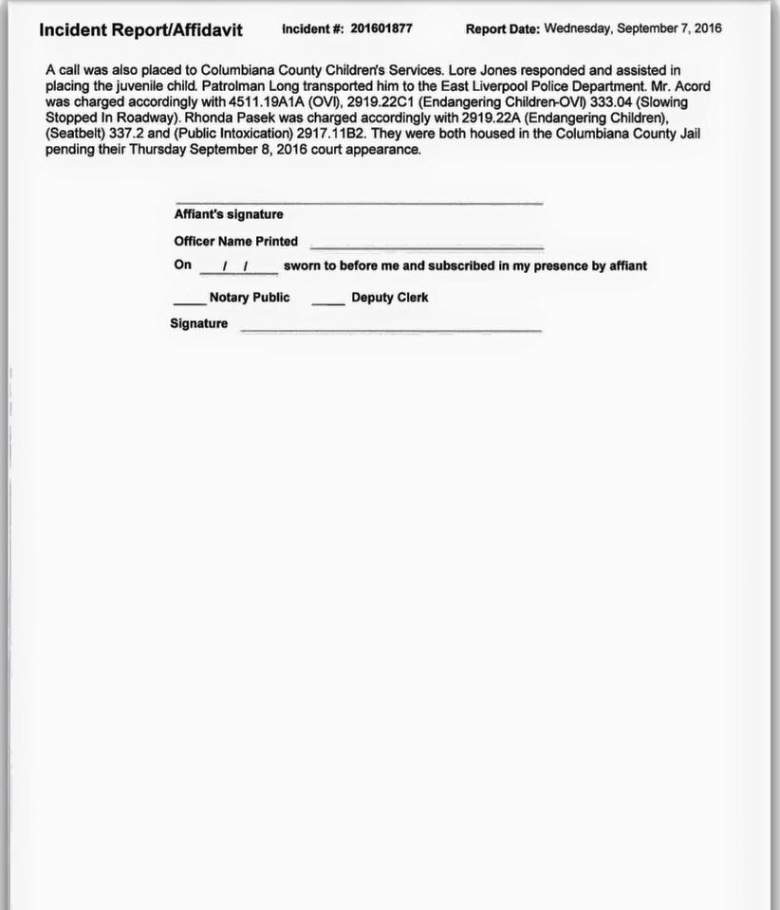 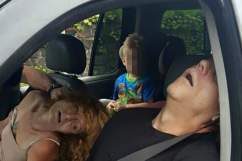 Read More
Heroin, Ohio
Follow Heavy ↓
wpDiscuz
12
0
Would love your thoughts, please comment.x
()
x
| Reply
East Liverpool, Ohio police shared photos of parents found overdosed on heroin in a car with their child to highlight the dangers of the drug.