Patty Wetterling spoke directly to Jacob, saying the family loved him and describing the pain from hearing the details of what happened to him after almost 27 years.

“We love you Jacob; we will continue to fight,” she said, speaking in detail for the first time on September 6 since Jacob’s remains were found. “Our hearts are hurting… I would love to talk to you all, I’m just not ready yet because for us Jacob was alive. Until…until we found him. We need to heal. We will speak with you. There’s a lot of lessons learned, and there’s a lot more work to do to protect all our world’s children.”

After Jacob disappeared from a rural Minnesota road in 1989, Patty became one of the nation’s leading advocates to protect exploited children. A law requiring state sex offender registries was passed in Jacob’s name.

“He’s (Jacob’s) taught us all how to live, how to love, how to be fair, how to be kind,” Patty said. “He speaks to the world that he knew, that we all believe in. And it is a world worth fighting for. His legacy will go on. I want to say Jacob, I am so sorry. It’s incredibly painful to know his last days, his last hours, last minutes. I couldn’t do this without my family. I’m proud, I’m so proud of the lives they’ve built and the happiness they’ve found and the children and grandchildren that we so enjoy. And that is what gets us up in the morning. That is the hope. That is Jacob’s hope. That is what we’re going to continue to do.”

With her family by her side (Patty and Jerry Wetterling have three other children), an emotional Patty spoke publicly shortly after the family members listened in court as Heinrich graphically described murdering the boy, who was snatched while he rode a bicycle with his brother and a friend. The horrific confession, which came in a plea agreement in a child pornography case, involved details such as Jacob saying, “what did I do wrong?” and Heinrich’s description of shooting the boy in the head after molesting him in a stand of trees.

The case was one of the highest profile child abduction cases in the 1980s. 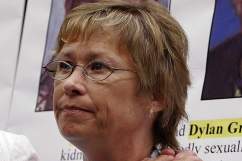 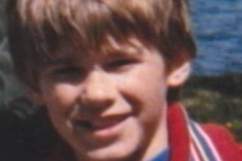 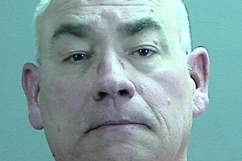