Fox Exclusive video obtained of man with butcher knife being shot by nypd in front of Manhattan mall. @FoxNews pic.twitter.com/Tdh2RRZ12I

A New York police officer was attacked and injured by a man with a meat cleaver and other police officers then shot the man 18 times as rush hour began near busy Penn Station, according to NBC News.

CBS New York said the attack occurred around 5 p.m. on 32nd Street and Seventh Avenue “after the officer and his partner were called to the scene for a report of a man with a meat cleaver.” The bizarre attack sparked panic in the busy commuter area as gunfire broke out.

The suspect was identified as Akram Joudeh, 32, formerly of Queens but now reportedly living out of his car. “You have a character running down the street waving a meat cleaver,” Police Commissioner Bill Bratton said, according to The New York Post.

The New York Post said the suspect’s car was booted, which upset him. A sergeant tasered the man, a struggle unfolded, and an off-duty detective intervened and was struck with the meat cleaver, said The Post.

The detective was released from the hospital on September 16:

Glad to see Det. O'Donnell is on his way home to continue his recovery we are so proud of his heroism @Bogs4NY pic.twitter.com/lR2Fhjr0p5

The suspect was identified by New York media as Akram Joudeh:

One woman caught the police response on video and wrote, “Total insanity here near Penn Station/Greeley Square.” Scanner traffic reported that the suspect was likely to die, and two officers were injured, one with a head laceration and another with a bullet graze wound. Other reports, though, said the suspect was expected to live.

The New York Post said other officers shot the man with the meat cleaver after he attacked a rookie officer.

Others also captured the frenzied scene on video. One man said Penn Station and West 32nd Street were on lockdown. He wrote on Twitter that he heard eight to nine shots and saw three people taken away by ambulance.

LIVE on #Periscope: Something is going down in herald square, #NYC https://t.co/0jK50p3lPH

Just been a shooting outside my hotel in new York. Heard gunshots and saw people running. Carnage

about 6 gun shots outside the office on 32nd street… that's a new one. can't really see what's happening though. pic.twitter.com/N9SL5tP3Qx

The officer’s condition was serious, but he was expected to survive, and the suspect was listed in critical condition on September 15, said NYPD.

There are, by my count, six helicopters over midtown amid reports of police activity at Penn Station. pic.twitter.com/dViBqshoki 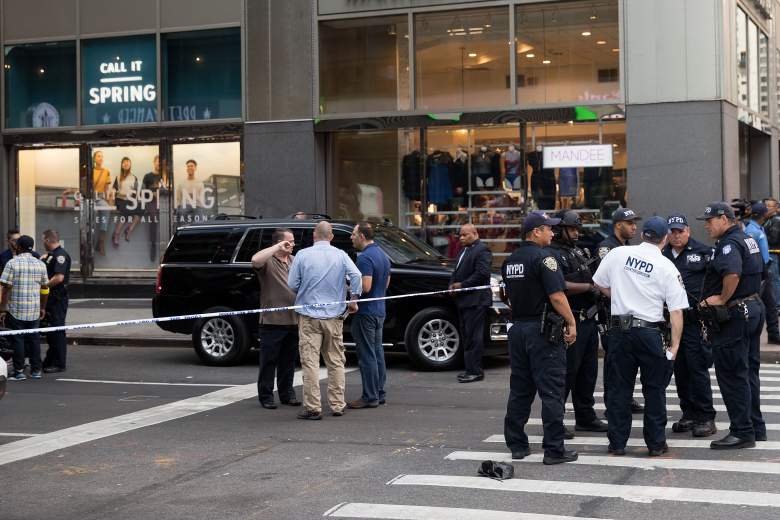 Learn more about the suspect in the attack here: 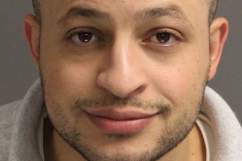 Loading more stories
wpDiscuz
0
0
Would love your thoughts, please comment.x
()
x
| Reply
A New York police officer was attacked by a man with a meat cleaver who was then shot by police in Midtown near Penn Station, reports say.