United States Secretary of State John Kerry was in Bangladesh August 29 for talks on the country’s handling of its growing terrorism problem, just two days after police in Bangladesh killed a top terrorist leader in the country, Tamim Chowdhury.

U.S. officials are worried about the connections between ISIS and Bangladeshi militants who have carried out an escalating series of attacks in the country since 2013. But the government of Bangladesh, a country whose population is 89.1 percent Muslim according to the CIA World Factbook, denies that ISIS has any presence there.

The brutal and bloody attack — the worst terrorist attack in Bangladesh history — took place on July 1 at a popular café known as the Holey Artisan Bakery in an upscale district of Dhaka, the capital city of Bangladesh.

Bangladesh authorities declared Chowdhury, who was believed to be about 30 years old, the “mastermind” of the café massacre. On Saturday, August 27, they raided his hideout and shot him to death, along with two of his alleged accomplices.

Bangladeshi police guard a point near the Holey Artisan Bakery, where mourners have left flowers (Getty)

The Holey Artisan Bakery attack took place starting on the night of July 1 at the popular restaurant and expat hangout in Gulshan, an affluent area of Dhaka frequented by foreign students, tourists and diplomats, and where security is generally tight. The attackers took 35 hostages and after a horrific 10-hour ordeal, 20 hostages were dead — 17 of them foreigners including one American citizen — along with two police officers and six of the militants.

Many of the foreigners were tortured and stabbed or hacked to death when the attackers demanded that they recite passages of the Koran from memory, and they were unable to do so.

“We have information that Tamim recruited the attackers, briefed them before the attack,” Bangladesh Police Chief AKM Shahidul Hoque said last month, according to the online Bangladeshi news portal BDNews24.

Just six days after the bakery massacre, terrorists attempted another attack, this time on a massive prayer gathering just outside of Dhaka, marking the holiday of Eid which is the end of Ramadan, the Islamic holy month. Police stopped the terrorists before they reached the prayer gathering of about 300,000 people, but a female police officer, a woman bystander and one of the attackers were killed in a shootout. 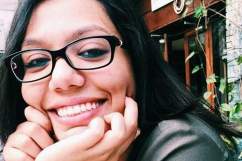 Police suspect that Chowdhury, who was also known by the alias Shaykh Abu Ibrahim Al-Hanif, was behind the Eid attack as well.

The Holey Artisan Bakery and Eid attacks sent shockwaves through the country where terrorists had already made regular targets of left-wing political bloggers, LGBT activists, Hindu clergy and foreign aid workers. About 40 had been killed by attackers with guns, knives and cleavers over the past three years, prior to the café massacre.

ISIS claimed responsibility for the café attack, but the Bangladesh government continues to insist that the atrocity was solely the work of domestic terrorists.

Tamim Chowdhury it is!! A post doctoral fellow from Windsor, Canada! Look, who is the mastermind!!!! Dear,… https://t.co/9kDF8P0KtM

According to media reports out of Bangladesh, Tamim Chowdhury was born in 1986 and spent his earliest years in Chittagong, a seaport city that is the second largest in Bangladesh, with a population over 2 million.

But early in his childhood, at a point that remains unclear, his family emigrated to Ontario, Canada. Tamim grew up there, in the small city of Windsor. He returned to visit Bangladesh sometime around 1995, according to a relative, though he stayed only a few days. His family members also returned for about a month in 2001, though whether Tamim accompanied them on that trip is also unclear.

Though Chowdhury’s youth is shrouded in uncertainty, Islamic leaders in Windsor, Ontario, confirmed that he lived there. Windsor Islamic Association spokesperson Lina Chaker told The Windsor Star earlier this year that Tamim was “not a well-known individual in the community.”

Another friend described him as “a nice guy who was generally pretty shy.”

A report in The Windsor Star on August 29, following his death, dug deeper into Chowdhury’s Windsor roots, revealing that he attended Forster Secondary School where teachers remembered him as “a real bright kid” and “one of our highest award winners in terms of winning academic scholarships to the University of Windsor.”

Chowdhury also competed on the school’s track team, but found that athletics were not his strong suit, finishing last out 45 runners in the 100-meter dash, and faring little better in other events. But he was much better at science, graduating from the University of Windsor in 2011 with honors in chemistry

And yet, Chowdhury vanished from Windsor for good in 2013. At that point, he is believed to have traveled to Syria, home base of ISIS, before returning to Bangladesh where he quickly rose high in the ranks of domestic terrorist groups.

3. He Was the ‘Leader’ Of JMB, a Major Bangladesh Terrorist Group

Authorities in Bangladesh say that Tamim was the “leader” of Jama’at ul Mujahideen Bangladesh —“Bangladesh Assembly of Holy Warriors” — or JMB, a major Islamic fundamentalist terror organization in Bangladesh that was founded in 1998.

After a crackdown by the government, JMB recently “reorganized,” according to reports in the Bangladesh press, with Tamim as the new boss and “main financier” of the terrorist group.

The JMB is said to be a Taliban-like organization that seeks to overthrow the elected government of Bangladesh and replace it with a fundamentalist Islamic state under an extreme interpretation of Sharia law. The JMB opposes both democracy and socialism, political systems which it considers violations of its radical interpretation of Islam.

But questions remain about connections between Chowdhury and ISIS — connections that the Bangladesh government adamantly denies exist, but that U.S Secretary of State John Kerry maintains are real.

“There is evidence that ISIL in Iraq and Syria has contacts with about eight different entities around the world, and one of them is in South Asia,” Kerry said at an August 29 press conference in Dhaka. “And they are connected to some degree with some of the operatives here.”

According to the Dhaka-based newspaper The Daily Samakal, an interview with Chowdhury was published in a recent edition of the ISIS propaganda magazine Daqib, in which he said that Bangladesh is a strategically important location for ISIS to establish a presence.

“Having a strong jihad base in Bengal will facilitate performing guerrilla attacks inside India simultaneously from both sides,” Tamim told the terrorist magazine. But the exact nature of any links between Tamim Chowdhury, the JMB and ISIS remain murky.

4. Police Killed Him in a House Just 17 Miles From The Bakery Attack Site

On August 27, police tracked Chowdhury and two other JMB militants to the top floor of a three-story house in the Dhaka suburb of Narayanganj, only 17 miles by car from the Holey Artisan Bakery, where Tamim’s underlings carried out Bangladesh’s worst terrorist attack just eight weeks earlier.

Chowdhury and his accomplices had recently rented the third floor of the house, claiming to be pharmaceutical salesmen.

Police believe that Chowdhury had earlier frequented an apartment in Dhaka, which was searched by police as part of their routine operations in the wake of the bakery massacre.

But when they got to the apartment in the Kalyanpur neighborhood of Dhaka on July 27, the officers found themselves under fire from JMB militants who were hiding there. Finally, a SWAT team came in and stormed the place, killing nine terrorists. Tamim Chowdhury was not on the scene.

But evidence gathered at that site led investigators to the fleeing JMB mastermind, at the house in Narayanganj, where a team of police commandos staged their Saturday raid.

Bangladeshi police shoot dead suspected cafe attack mastermindPolice in Bangladesh have stormed a militant hideout just outside the capital, Dhaka, and shot dead three militants. A senior police official said among the militants killed was Tamim Chowdhury, a Bangladeshi-Canadian believed to be the mastermind of last month's attack on a cafe in the capital, which killed 22 people, including 18 foreign nationals. Subscribe to us on Youtube: https://goo.gl/lP12gA Download for IOS: https://itunes.apple.com/us/app/cctvnews-app/id922456579?l=zh&ls=1&mt=8 Download for Android: https://play.google.com/store/apps/details?id=com.imib.cctv Follow us on: Facebook: https://www.facebook.com/cctvnewschina Twitter: https://twitter.com/CCTVNEWS Google+: https://plus.google.com/+CCTVNEWSbeijing Tumblr: http://cctvnews.tumblr.com/ Weibo: http://weibo.com/cctvnewsbeijing2016-08-27T09:00:02.000Z

Tamim and his two accomplices held off the police for more than an hour, opening fire on officers who attempted to negotiate the terrorists’ peaceful surrender.

After the hour-long gun battle, in which rooftop snipers fired into the Narayanganj house at the militants inside, police entered and found all three militants lying on the floor of the sparsely furnished residence, dead.

Chowdhury and his accomplices each died from bullet wounds to the head, according to a medical examiner at Dhaka Medical College Hospital, who conducted autopsies on the three slain militants.

On Saturday, September 12, police conducted another raid in which Chowdhury’s second-in-command, Shamser Uddin aka Abdul Karim was also killed. Uddin cut his own throat with a knife, or some other type of blade, rather than be taken by police, a report in The Dhaka Tribune stated. His death brought to 31 the number of JMB terrorists killed by police in Bangladesh over the last 10 months.

5. Chowdhury’s Family Members Refuse To Accept His Body For Burial

Tamim Chowdhury still had relatives in the northeastern Bangladesh district of Sylhet, where his parents lived before relocating to Chittagong and then to Windsor, Canada. But the family members remaining there wanted no part of their now-deceased relative, and refused to accept his body to be buried in his ancestral village of Barogram.

“I feel hatred introducing him as my nephew. We don’t want to receive his body,” Nurul Islam Chowdhury, who identified himself at Tamim’s uncle, told United News of Bangladesh.

The relatives and family friends in the village said that no one from Tamim’s family in Canada had reached out to them to inquire about his remains, nor had they heard from his immediate family. Tamim was believed to have been married with three children.

“Our village was defamed to some extent because of his militant link. Some people now taunt us calling us the people of militant village. We’re ashamed of it,” villager Bijoy Das told UNB.

Other villagers and family members told the news agency that they simply did not want to talk about Chowdhury, while one cousin, Fahim Chowdhury, said that no one in the village had any contact with him since he visited as a boy in 1995. She described the future terrorist as “very reserved and cool, having a different attitude,” the last time she saw him, 21 years ago.

As late as September 13, the Chowdhury’s body remained in a medical school morgue in Dhaka unclaimed, as authorities attempted to locate the slain terrorist’s parents, who are believed to remain in Canada.