New York City’s bustling Times Square closed for more than an hour during morning rush hour Wednesday, causing delays for commuters and inconvenience for thousands of tourists, due to reports of a “suspicious package” in front of the McDonald’s fast food restaurant there. A massive contingent of police officers descended on the heavily trafficked area at 42nd Street and Broadway in Manhattan. The bomb squad was also called in to dispose of the package as “a precaution.”

1. The “Package” Was a Small Suitcase

The object that caused the busiest section of Manhattan to shut down Wednesday morning was described as “a small, rolling suitcase,” according to a WNYW TV news report.

The bomb that exploded in Manhattan’s Chelsea neighborhood on Saturday was contained in a small, rolling suitcase.

Why the luggage was abandoned in Times Square remains unknown to police, but it took the NYPD bomb squad more than an hour to investigate — an hour when no one was allowed to pass through one of the world’s most active urban areas and the home to most of the 41 Broadway theaters that were gearing up for their regular Wednesday matinee performances.

The popular TKTS booth in Times Square, which sells discount tickets, was scheduled to open at 10 a.m., about an hour after the area was shut down. The TKTS booth, which sells between 1.5 million and 2 million New York theater tickets per year, is a vital component of the Broadway industry.

2. The Report Comes Amid High Tension After the New York Bombing

Bomb Squad at #TimesSquare Feds and NYPD on the spot. #NYC pic.twitter.com/ehkQORYdB8

On Saturday, September 17, a bomb exploded in the Chelsea neighborhood of lower Manhattan, injuring 29. A suspect, Ahmad Khan Rahami, was taken into custody on Monday.

Ahmad Khan Rahami was filmed igniting a device in his backyard 2 days before the blasts, a federal complaint found https://t.co/Gg9QaX1fQv

But since then, the city of over 8 million has been on edge and reports of suspicious packages and objects have been frequent, with up to 100 reports per day phoned in to the city’s 911 emergency line.

“At any given point, New Yorkers may find a piece of information, hear a conversation, see something that could very much aid the NYPD, the FBI and our partners,” de Blasio said earlier this week. “I want all New Yorkers to be vigilant and to provide that information as they get it at any given point in time.” 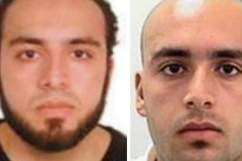 3. The Times Square Suitcase Turned Out To be Empty

#Police have cleared the area and #42nd st is open again pic.twitter.com/HuHtOCfXAq

At around 9:50 a.m. Eastern Time, police determined that the “suspicious”suitcase contained, in fact, nothing. At that point, Times Square was reopened to pedestrian traffic. The main area that had been shut down was a stretch of 42nd Street between Seventh and Eighth Avenues, the heart of Times Square.

According to data from automatic counter technology, more than 300,000 pedestrians walk through Times Square every single day — and on the busiest days the number can approach 500,000. According to the latest data available, in August of 2016, 50,293 pedestrians on average walked along that same stretch of 42nd Street between Seventh and Eighth every day.

The suspicious package alert wreaked havoc on morning commuters in New York City, as several entrances to the Times Square subway station were closed as police and the NYPD bomb squad worked to determine the nature of the object. Shortly after 10 a.m., once police had determined that the abandoned suitcase was harmless, the subway was reopened.

The Times Square station is the busiest of the 468 subway stations in New York City, with about 64 million riders per year using the station. That’s the equivalent of every single person in the nation’s most populous city passing through Times Square Station eight times each.

5. The Times Square McDonald’s is Itself A Tourist Attraction

42nd St was evacuated for suspicious package in front of @McDonalds #timessquare pic.twitter.com/zwjyMtveLI

Everything in New York’s Times Square seems geared to attract and serve tourists and the McDonald’s fast food joint there — where the “suspicious package” was reportedly located — is no exception. While few sights in America might seem more common than McDonald’s restaurants, the Times Square location is notable as a hangout for people watching, where Broadway theater-goers from out if town mingle with the most hardcore New Yorkers, including drug addicts, the homeless and other local characters.

“The tourists don’t know anything,” one regular patron and recovering heroin addict told The New York Times. “I love when they walk in here and look around and everybody is nodding out on a table. Because they have no idea what’s going on. They’re like, ‘Why is everybody sleeping in here?’” 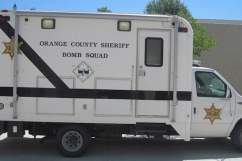 Loading more stories
wpDiscuz
0
0
Would love your thoughts, please comment.x
()
x
| Reply
Times Square in New York City was closed along with subways due to a "suspicious package" during Wednesday rush hour.