Multiple people have been injured in a shooting that took place at a rural South Carolina elementary school. An emergency situation unfolded at Townville Elementary School on the afternoon of September 28. Townville is 40 miles southwest of Greenville. The incident was initially described as a “security incident” by authorities. The school is located at 105 State Road S-4-565 in Townville, Anderson County, not far from the Georgia border. Authorities received a call about the shooting at 1:44 p.m. The call was for an “active shooter” at the school.

1. The Suspect in Custody Is a Teenager, According to Reports

BREAKING: We are on the scene of a possible shooting at Townville Elementary school in Anderson Co. pic.twitter.com/pI9eHDBShS

A spokeswoman for the Anderson County Sheriff’s Office, Sheila Cole, told Greenville Online that she “believed” one person is in custody. Fox Carolina later reported that a person was in custody. WSPA reports that the suspect is a teenager.

2. One Adult Is Dead; 2 Students & a Teacher Was Injured

Greenville Online reports that three people were transported from the school with injuries. Mike Ellis of the Independent Mail reports two students have been injured and one teacher was injured. The children are described as not having life-threatening injuries.

Officials have said an incident on Osborne Rd may be connected to #Townvilleshooting. pic.twitter.com/rsQC6WO8ON

Police officers on the roof of Townville Elementary School. (Screengrab via WPEC)

The Seneca Journal’s Justin Lee Campbell reports that CPR was being performed on a student at the school. Fox Carolina reports that there are “injuries reported” at the school. According to scanner traffic, one pediatric patient was airlifted from the scene with a gunshot wound to the foot.

3. A Massive Police Operation Is Underway at the School

Among those responding to the school are EMS and LifeFlight as well as the Anderson County Fire Department. Armed police arrived at the school at around 2 p.m. local time, reports WYFF. 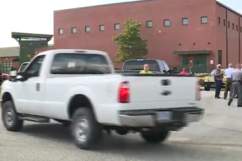 4. Highway 24 Around the School Has Been Shut Down by Authorities

A bloody bandage outside of Townville Elementary after shooting. pic.twitter.com/r6nfpKvOqm

WBTW reports that Highway 24 leading to the school has been shut down by authorities with emergency services “asking people to get out of their way.” WYFF reports that parents were waiting nearby to where emergency services were operating. Fox Carolina’s Cody Alcorn reports that students are being bussed to the nearby Oak Dale Church at 6724 Highway 24 where they can be picked up. Mike Ellis described seeing “so many young parents were crying, worries,” at the scene.

5. There Are Nearly 300 Students Enrolled at the School

There are 286 students enrolled at Townville Elementary School. The classes range from pre-kindergarten to 6th grade. The last school shooting incident in the area occurred in May 2016 when a teenager was accidentally shot at Southside High School in Greenville County. Four students were charged in that incident, reported WYFF. 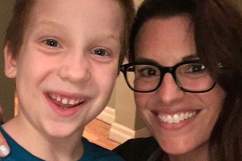