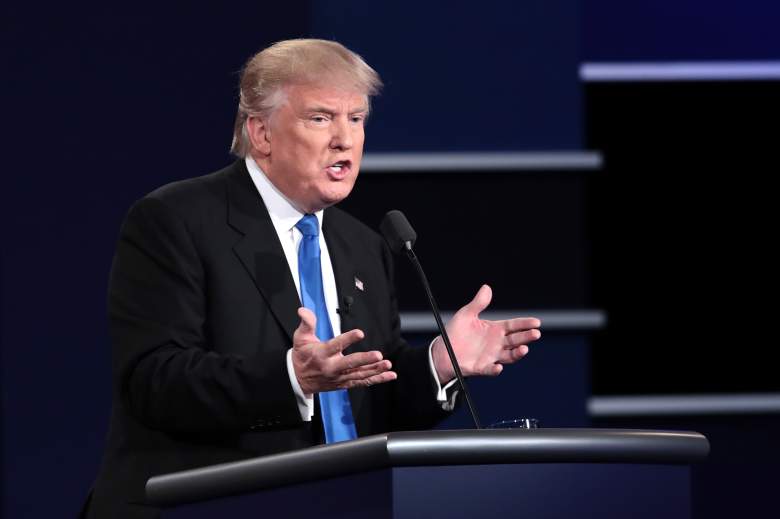 Republican presidential nominee Donald Trump speaks during the Presidential Debate at Hofstra University on September 26, 2016 in Hempstead, New York. The first of four debates for the 2016 Election, three Presidential and one Vice Presidential, is moderated by NBC’s Lester Holt. (Getty)

Donald Trump is claiming that he was given a defective microphone, possibly “on purpose,” during the first presidential debate, according to The Associated Press.

Trump says his debate microphone was “defective,” questions if it was "on purpose" (via AP) pic.twitter.com/Tiqg01zsDE

Now it turns out that Trump was right.

According to USA Today, The Commission on Presidential Debates released this statement: “Regarding the first debate, there were issues regarding Donald Trump’s audio that affected the sound level in the debate hall.”

Trump said in the spin room after the debate, according to UK Daily Mail: “And they also gave me a defective mic, did you notice that? My mic was defective within the room.”

Part of Trump's body language problem was he kept bending down to the podium mic like a contestant bidding on an item on The Price is Right.

The 2016 presidential debate was the first of three. Donald Trump’s sniffling and interrupting of Hillary Clinton became Twitter trends that threatened to overshadow the debate’s content. On cable news, pundits were saying that early polling showed Clinton won the debate in viewers’ minds. However, pundits have written Trump off before after debates, so time will tell.

High stakes were associated with the debate because recent polls show the race is a virtual tie, nationally, but also in some key battleground states, such as in Pennsylvania and Colorado.

Whether the debate will affect public opinion has yet to be determined. Some have criticized Trump for allegedly trafficking in conspiracy theories before, such as linking Ted Cruz’ father to the Kennedy assassination and furthering birther theories against President Obama. Trump now says he believes Obama was born in America. 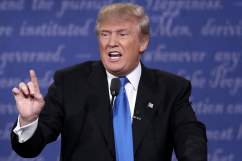 Loading more stories
wpDiscuz
0
0
Would love your thoughts, please comment.x
()
x
| Reply
Donald Trump is saying his microphone might have been "defective" on "purpose" during the 2016 presidential debate, according to The Associated Press.