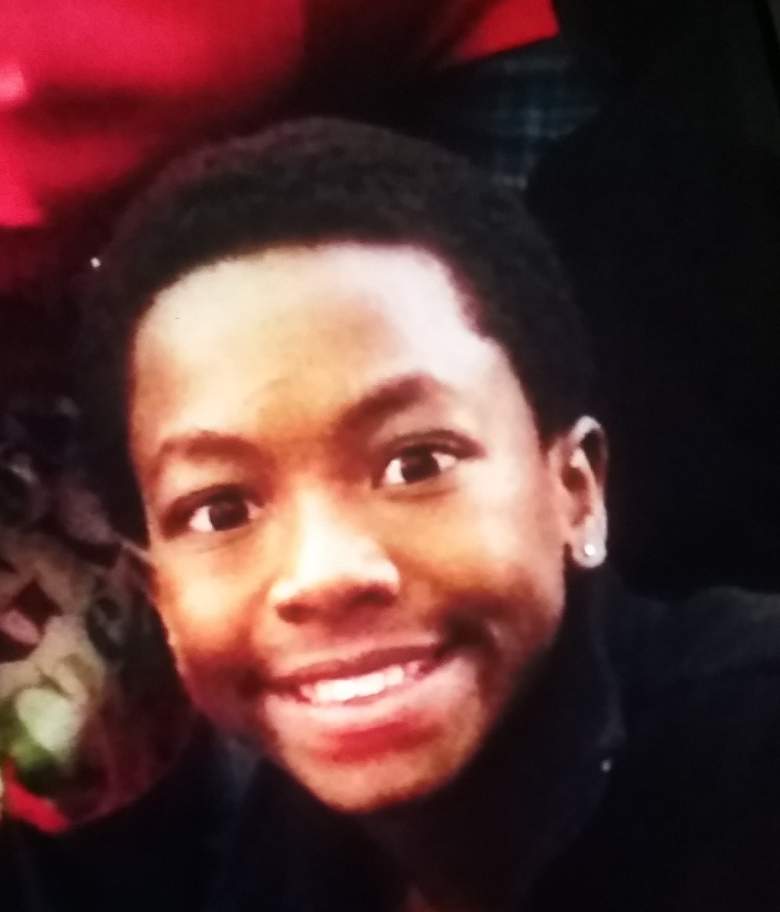 A 13-year-old boy who police say was carrying a BB gun was fatally shot Wednesday night by an officer in Columbus, Ohio, WCMH-TV reports.

The shooting of Tyre King occurred during an armed robbery investigation about 7:45 p.m. on September 14, the news station reported. The New York Times said King was African-American, and the officer who shot him was white. Police had previously given his name as Tyree.

In a news release, Columbus Police said King pulled the BB gun from his waistband before an officer shot him. The officer was identified as Bryan Mason, who has worked for the department for nine years, according to 10tv.com.

In a statement, Tyre’s family asked the community not to rush to judgment and to remember the boy’s age.

"Please do not rush to judgment."

The attorneys for the family of 13-year-old #TyreKing just released a statement. pic.twitter.com/NcqCONN2mc

NBC News noted that the death of 12-year-old Tamir Rice also occurred in Ohio – in Cleveland in that case. Rice was shot while holding a pellet gun, police said.

1. Tyre Was an Eighth Grader at a STEM Academy Who Was Active in Sports

A spokeswoman for the Columbus School District told Heavy that Tyre was in the 8th grade at Linden-McKinley Stem Academy and that counselors were on site to help his classmates. The district website describes the school as “focusing on science, technology, engineering and math.”

In a statement posted online, attorneys hired by King’s family wrote that he was “a typical 13-year-old child. He was active in football, soccer, hockey and gymnastics. They are shocked and indicate the actions described by the police are out of his normal character.”

Attorney Chanda Brown, hired by King’s family, wrote on Facebook, “The family is obviously distraught by the murder of Tyre. Our preliminary research indicates that Tyre was a child who was loved and cherished by his family. The grief is worsened further by the fact that this death comes at the hands of a man who was sworn to protect the citizens of Columbus.”

Mayor Andrew Ginther said the death was a “call to action,” asking “why would an eighth grader have on him an almost am exact replica of a police weapon? It is a dangerous time to be a police officer,” according to 10TV.com.

The Columbus Police Department said in a statement posted on Facebook that “officers responded to the area on the report of an armed robbery.”

NBC4i said the victim told police “a group of individuals approached him. One had a gun and demanded money.”

In a news release, Columbus police said, “On September 14, 2016, at approximately 7:42 pm, officers were dispatched to the area on the report of an armed robbery involving multiple suspects. Upon arrival, the victim told officers a group of individuals approached him, one of them brandishing a gun, and demanded money.”

“Officers chased several suspects on foot to a nearby alley where one suspect was shot,” wrote Columbus police.

The hashtag #TyreKing (and #TyreeKing) was already trending on Twitter on the morning of September 15, with people upset by the death, many of them citing Tyre’s young age.

2. Tyre Died at the Hospital a Short Time Later After Being Chased Into an Alley

According to The Associated Press, police said the officers “saw three males matching the descriptions of the suspects and tried to speak with them, when two of the suspects fled on foot.”

The police news release says, “Officers observed three males matching the descriptions in front of 33 Hoffman Street and attempted to speak with them, when two of the males fled on foot. Officers followed the males to the alley in the rear of 27 Hoffman Street and attempted to take them into custody when one suspect pulled a gun from his waistband.”

The police news release said, “One officer shot and struck the suspect multiple times. The male was taken to Nationwide Children’s Hospital, where he was later pronounced dead at approximately 8:22 pm. The officers and other suspect were not injured.”

The deceased person was later identified by police in a news release as Tyree King.

The Dayton Daily News reported that police were speaking with “one of the armed robbery suspects, as well as multiple witnesses of the robbery and shooting. The third suspect in the robbery has not been located.”

The Columbus Post Dispatch said police had interviewed and released a male who was with King. 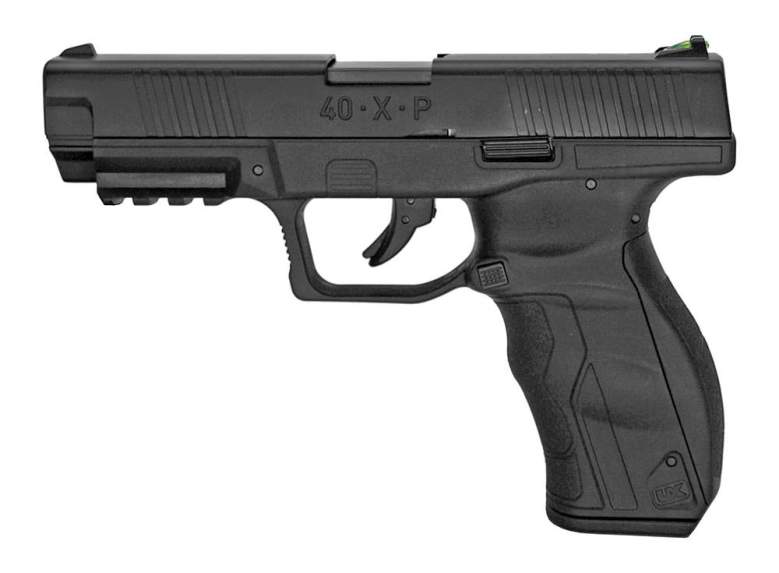 A replica of the BB gun used in the armed robbery that Columbus police posted on Facebook. (Columbus Police)

The Columbus police news release said, “Crime Scene Search Unit detectives processed the shooting scene and collected what appeared to be a handgun. Upon further inspection, it was determined to be a BB gun with an attached laser site. The gun was recovered and transported to the Columbus Police Property Room.”

Police released a photo of a replica BB gun to show the public how similar to a real gun they can appear.

The police chief said “It turns out not to be a firearm but it looks like a firearm that could kill you,” according to 10tv.com.

The TV station says “detectives collected the gun and determined it was a BB gun with an attached laser site.”

Brown, the attorney for King’s family, said the family desires outside investigators.

“The Columbus Police Department has a history of investigating itself following these officer involved shootings and we believe that these investigations are inherently biased. The best thing that the City of Columbus could do to ease the minds and fears of its citizens is to step aside and let an independent party investigate the matter,” she wrote in a statement.

An attorney for Tyre’s family told ABC News the family disputes the police account of the shooting. The lawyer, Sean Walton, said in a statement posted online that “multiple witnesses that we have been made aware of that do not corroborate the current narrative.”

The attorney wrote, “Please do not rush to judgment. We also have to remind everyone that the “facts” being discussed in the media are not facts at all. We do not know what he did or did not do. There are allegations that have been made regarding his actions, and those allegations cannot be taken as factual until a thorough, unbiased investigation has taken place. Please keep that in mind as we discuss the killing of this 13-year-old child. There are multiple witnesses that we have been made aware of that do not corroborate the current narrative. Please keep the family in your prayers and understand that until we have answers we must continue to call for transparency and accountability not only in all police-involved killings, but especially in the case of this 13-year-old boy.”

WKRC Cincinnati reported that King was shot multiple times after he pulled a gun out of his waistband.

The New York Times says Columbus police are expected to get body cameras next year but don’t have them yet.

5. A Neighbor Told the News Media He Heard Three to Five Gunshots

The Columbus Post-Dispatch reported that a man who lives in the area heard “heard someone knock down a gate in his backyard.”

Friends and family are gathering for a vigil for Tyre King in Columbus, Ohio. pic.twitter.com/AW9tO1SB6o

According to the newspaper, the man said he “looked outside to see a police officer chasing two young men into an alley behind his home. He said he then heard three to five gunshots from the alley.”