A 4-year-old boy is miraculously safe after being thrown off a train bridge into a river in Montesano, Washington on August 25.

Kaylub Fawley recorded the incident and posted the video to Facebook. He stated:

This is what happens when some parents just don’t care…this is a woman me and all my friends witnessed letting a “stranger” throw her 4 1/2 year old son of the bridge yesterday into the water for fun!! He landed straight on his upper back so the The police were called and I hope this isn’t just waived by and looked over #takethekid #wefreaked #cps? And shoutout to the homies that took a stand and called them out.

To add insult to injury, when officers were serving a court order to take the boy and another child into protective custody after the incident, they were greeted by a dog previously labeled as dangerous, GH Scanner reported.

According to the station, when officers went to the home with Child Protective Services, there was a dog labeled as dangerous secured in a back room. While CPS and officers were discussing the bridge incident with the family, the dog was “accidentally” let out. Though the dog had a muzzle on, it still tried to bite a officer on the leg. The animal then turned to another officer and tried attacking again.

The mother tried grabbing the dog while she held the boy who was thrown from a bridge. Officers told her to get away before tasing the dog, and another family member was able to secure it in a back room. The animal was then seized and taken into custody, according to WCSH6.

The mother and 35-year-old man, whom was described as someone the woman met the day prior, were each cited with Reckless Endangerment. The man was also ticketed for 2nd degree Criminal Trespassing. 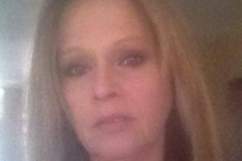 Loading more stories
wpDiscuz
6
0
Would love your thoughts, please comment.x
()
x
| Reply
A 4-year-old boy was thrown off a bridge in Devonshire, Washington. When police and CPS went to the child's home, they were greeted by a vicious dog. You can watch the video and read more on the story here.