On the morning of July 19, 2014, Florida State University law professor Dan Markel was shot in the head and left for dead. His ex-wife, Wendi Adelson, was subsequently brought in for questioning. Police believe there is a link between Adelson’s family and Markel’s accused killers, Sigfredo Garcia and Luis Rivera, who were indicted on charges of first-degree murder on June 17, 2016. Tonight, ABC News’ 20/20 will investigate the details surrounding Markel’s death.

Adelson currently works for the US Court of Appeals for the 11th Circuit with Judge Adalberto Jordan. She was previously part of FSU’s College of Law, and the school’s Center for Human Rights.

In June of this year, Sigfredo Garcia and Luis Rivera were indicted for what investigators believe was a murder for hire situation.

The Tallahassee Democrat writes, “Garcia and Rivera were ‘enlisted’ to kill Markel, arresting documents say, in connection with his acrimonious divorce from his ex-wife Wendi Adelson.” The outlet goes on to say, “The motive for Markel’s murder, court documents say, ‘stemmed from the desperate desire of the Adelson family’ that Wendi and the couple’s two young sons be allowed to move to South Florida.”

At the time of Markel’s death, Wendi’s brother, Charlie Adelson, was dating a woman named Katherine Magbanua, who has two children with Garcia.

3. She Spoke With Law Enforcement for Over 5 Hours the Day Markel Was Shot

After Markel’s death, police located Adelson, who was having lunch with friends. Upon hearing the details of the shooting, Adelson broke down in tears. In a videotaped interview that spanned more than five hours, she is heard saying, “It really scares me because, I mean, if there’s someone out there that’s willing to do this to him… I’m scared for the kids.”

According to ABC News, when Adelson was asked if “she thought someone would kill Markel for her benefit without asking her, [she] said, ‘No.’”

Adelson also admitted to a conversation she had with her brother, Charlie, in which they discussed a TV he had bought her that had recently broken. Wendi told ABC News, “… I was talking to him about whether it made sense to pay to fix it or I should get a new one. And it was always his joke that, like, he knew that Danny treated me badly, and it was always his joke, he said, I looked into hiring a hit man but it was cheaper to get you this TV.” Wendi urged police that despite the ‘joke’, her brother “would never”.

4. She’s Written and Made Podcasts About Her Ex-Husband’s Death

Adelson has written about Dan’s death and recited the piece on a podcast, which you can listen to here. She wrote the reflection as part of a writing class she was taking in South Florida in 2015, according to People.

According to the news outlet, when Adelson was asked why she decided to share her writing, she said, “I think for me, a lot of the additional pain I felt, on top of the murder and everything associated with it, was it felt unfair that I couldn’t at least tell my own story, that the story got told for me. So I think there was an aspect of empowerment, of being able to say, no, this is my side of the story. This is what things looked like from my perspective.”

One snippet reads, “I’m not really okay. I list the things that are going well when people ask this question. My children are thriving and happy, we live with my parents who are incredibly devoted to our well-being. I started my own immigration practice, and I just signed up to do a one-year clerkship with the federal Eleventh Circuit in September, which means I can get off Obamacare and have one year guaranteed of a steady income.”

5. She and Markel Divorced One Year Before His Murder

Adelson married Markel in February 2006. Together, they have two sons, born in 2009 and 2010. The couple separated in 2012, and their divorce was finalized in 2013. In one of her essays, People reports Adelson as saying,

We married when I was in my mid-20s, when I thought I could cheat the system and marry a man I lacked passion and love for because, hey, didn’t that die anyway during marriage? I saw his intellect and big heart, and thought he would make a wonderful father for my children. Our marriage dissolved after the children arrived, as the loneliness of being married to someone that didn’t view me as an equal crept in. I do believe he loved me the best way he knew how. I mean, he didn’t like fiction, so why read my novel? It was logic, not a lack of love. 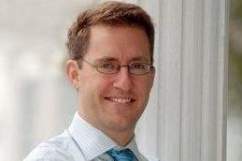 Loading more stories
wpDiscuz
3
0
Would love your thoughts, please comment.x
()
x
| Reply
Wendi Adelson is the ex-wife of FSU professor Dan Markel, who was murdered in 2014. Tonight, ABC News' 20/20 will investigate the details of his death.