Yma Sumac is being honored with a Google Doodle on what would have been her 94th birthday. (Google)

Peruvian soprano Yma Sumac is being celebrated with a Google Doodle on what would have been her 94th birthday.

The singer, nicknamed the “Peruvian Songbird,” died in 2008 in Los Angeles, California.

“As a teenager, Yma’s audience became very real when she was invited to sing on an Argentine radio station. After that moment, her astonishing five-octave vocal range captivated audiences in South America and beyond,” Google writes. “Here’s to Yma, whose captivating voice will always be remembered.”

1. She Was Born in Peru & Was Said to Have Been a Descendent of the Last Inca Emperor

A photo dated from April 1952 shows Peruvian soprano singer Yma Sumac in London where she performed at the Albert Hall. (Getty)

Yma Sumac was born Zoila Augusta Emperatriz Chávarri del Castillo in either Callao, Peru, in the Andes, or Ichocan, Cajamarca, Peru, Her birthday has been listed as both September 13, 1922, and September 10, 1923. She also had claimed she was born in 1927.

Her father was part Spanish and her mother was full Incan, according to the New York Times.

Yma Suamc was said to have been a descendent of the last Inca emperor, Atahualpa, and said she was a princess, according to CBS News.

She was beloved in Peru, and was given the country’s highest honor, the Orden del Sol, in 2006. During her trip back to her homeland, she was called a “genuine musical ambassador for the country, introducing thousands of people throughout the world to Peruvian culture, traditions and civilization.”

During her musical career, she wore, “flamboyant outfits, studded with gold and silver jewelry, designed to make her look like an Incan princess,” according to CBS News.

2. She Began Her Music Career in 1942 in Argentina, Before Moving to the United States in 1946

Yma Sumac began recording songs and performing in Argentina in 1942.

“The creatures of the forest taught me how to sing,” she said in an interview with Newsday in 1989.

She then moved to the United States in 1946, taking her stage name, which was derived from her mother’s name. She said it meant “beautiful flower” or “beautiful girl,” according to her biography.

“She is five singers in one,” her ex-husband, Moisses Vivanco told The Associated Press in 1951, according to CBS News. “Never in 2,000 years has there been another voice like hers.”

In the United States, she toured with Vivanco and later as a solo artist.

“She sings very low and warm, very high and birdlike; and her middle range is no less lovely than the extremes of her scale,” Virgil Thomson wrote in The New York Herald Tribune in 1954, according to the New York Times. “That scale is very close to four octaves, but is in no way inhuman or outlandish in sound.”

She was signed by Capital Records while in the United States, and performed at Carnegie Hall, the Hollywood Bowl and Royal Albert Hall.

She talked about her career in an interview with the Los Angeles Times in 1988:

When we came here from Peru, my ex-husband, Moises, and I worked together to arrange our music so it would fit into the mentality and the psychology of the American people. We knew we were introducing something for the first time that was completely different from American music, so we worked very hard. We hired the best musicians and tried to give them the right inspiration for the music. Well, when Capitol Records heard the album, they didn’t know how to describe it. Because the music is classical, while at the same time, it’s very modern. And they didn’t know what to call me. I wasn’t a classical singer or a folk singer or a jazz singer–although maybe a little bit of all those things.

3. She Continued Performing Concerts Until the 1990s

Peruvian soprano Yma Sumac performs during the 16th edition of the Musical Spring Festival, on May 1, 1992 in Bourges, central France. (Getty)

Yma Sumac eventually returned to the stage and continued performing until the 1990s, according to the Los Angeles Times.

According to The Times, she performed in the 1980s at the Vine Street Bar & Grill and the Cinegrill in Hollywood, and then toured in Europe in the 1990s. She also performed in the theater, including a starring role as Heidi in Stephen Sondheim’s Follies, in Long Beach, California, in 1990.

Her profile also increased when her song “Ataypura” was featured in The Big Lewbowski.

“The younger generation loves the music, loves Yma,” Sumac told the Tampa Tribune in 1996. “The new generation told me many times: ‘Miss Yma, we love you. Your music is something. It’s out of this world.’ ”

4. She Was Married to Bandleader Moisés Vivanco & Had a Son

Yma Sumac married bandleader and composer Moisés Vivanco, according to Biography.com. They divorced twice, first in 1957 and then again in 1965.

They performed together in the United States as Inka Taky Trio.

She had a son, Charles, with Vivanco. He lives in Europe, according to the Los Angeles Times. 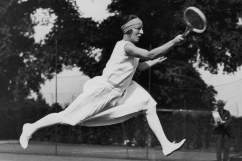 Yma Sumac, who became a U.S citizen in July 1955, died on November 1, 2008, at an assisted living facility in Los Angeles, California, according to CBS News.

She had been diagnosed with colon cancer nine months before her death, a friend told the news network.

“She was reclusive and untrusting,” her friend and personal assistant Damon Devine told CBS after her death. “She lived a very, very solitary life.”

Devine said he would apply her makeup in the elaborate 1950s style even as she was ill. He told CBS News that as her mind faded, she dwelled more on her time in the spotlight.

Devine told the Los Angeles Times that she had told people she had retired to Peru after she stopped performing.

“That’s the legend that she stuck with all through these decades,” Devine told The Times. “She didn’t want people to know she was here and not working. The story was good for her. She’s a very eccentric woman. . . . Her whole career and life is based on her mystery, and so the facts and fiction is a fine line with her.” 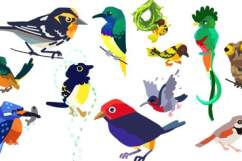 Loading more stories
wpDiscuz
18
0
Would love your thoughts, please comment.x
()
x
| Reply
Yma Sumac, the Peruvian singer, is being honored with a Google Doodle on what would have been her 94th birthday.