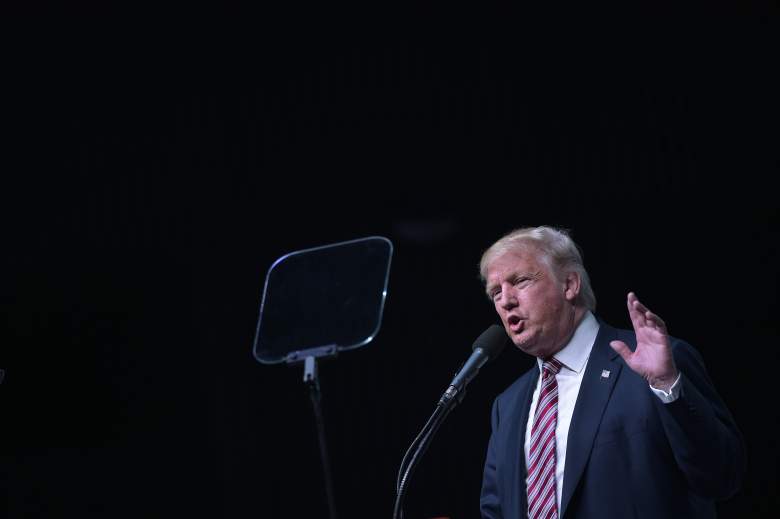 The Donald Trump campaign has put forth Anthony Gilberthorpe as a witness to refute the claims made by Jessica Leeds in the New York Times on October 12. Leeds claims that she was sexually assaulted on a flight in the early 1980s by Trump, but Gilberthorpe told the New York Post that Leeds’ version of events never happened.

Here is what we know about Gilberthorpe and his claims. This is a breaking story and will continue to be updated.

1. Gilberthorpe Claims He Was on the Plane With Leeds & Trump & Never Saw Anything Inappropriate

In her New York Times interview, Leeds claimed that she had never met Trump before the flight, which happened in the early 1980s. She was moved up to first class and sat next to Trump. She claims he then pulled up an armrest and they began to chat.

She said that Trump grabbed her breasts and even tried to put his hands up her skirt. “I hesitate to use this expression, but I’m going to, and that is, he was like an octopus. It was like he had six arms,” Leeds claimed.

Gilberthorpe claims he was on the plane with Leeds and Trump, but never saw anything inappropriate.

“I have only met this accuser once and frankly cannot imagine why she is seeking to make out that Trump made sexual advances on her. Not only did he not do so (and I was present at all times) but it was she that was the one being flirtatious,” he told the Post.

The 54-year-old Gilberthorpe, a British man, would have been at least 18 at the time of the flight.

Gilberthorpe told the Post that he would be open to a face-to-face meeting with Leeds. “And I’ll tell you what, I would do this whether it was for Trump, for Clinton, for Obama, or for any man who’s been accused of sexually molesting someone when I know he did not,” he said.

Leeds has not commented on Gilberthorpe’s claims yet. 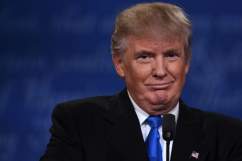 Gilberthorpe told the Post that Leeds was the one “trying too hard” to win Trump’s affections. “She wanted to marry him,” Gilberthorpe claims, adding that Trump even excused himself to use the bathroom during the encounter with Leeds.

He says there was no kissing, but Leeds was “very much in your face” towards Trump.

“What she said about Trump is wrong,” Gilberthorpe said. “I mean, no decent human being could sit by and have a woman go on television and tell the United States of America — accuse an individual of sexually molesting. It’s wrong for Trump, it’s wrong for me. But you know something else? It’s wrong for the American people.”

Gilberthorpe has no documents to prove that he was on the flight. However, he insists that he has “a good photographic memory” and “recognized her.”

Gilberthorpe also sat down with Breitbart for an interview, in which he called Leeds’ allegations “wild.” He added:

Gilberthorpe said that the one part of Leeds’ story that has bugged him is the idea that she would sit next to Trump for 15 minutes and would only leave Trump when he decided “to go lower.”

t was only when he attempted to do more with respect – I’m sorry to say, these are graphic – to go lower, did she actually think, ‘Oh, I’m going.’ Now again, how could anyone sit there for 15 minutes with a man next to her, being watched by the man on the other side of her, and simply say it’s okay for him to do what he’s been doing for 15 minutes, until he went lower, and then she left her seat?

3. Gilberthorpe Is an Activist Who Claimed British Politicians Had Sex With Underage Boys in the 1980s 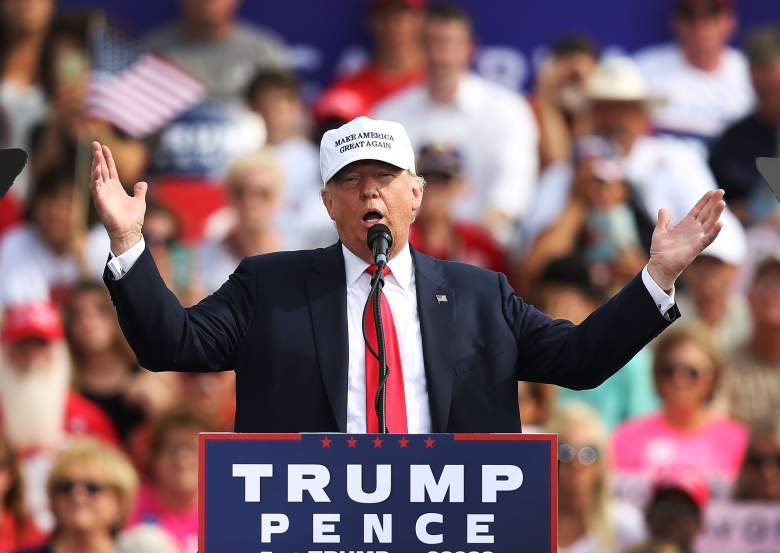 “I am prepared to speak to the inquiry. I believe I am a key witness,” Gilberthorpe told the Mirror.

He also told the Mirror that he personally sent a letter to Magaret Thatcher, naming names. “I outlined exactly what I had witnessed and informed her I intended to expose it,” he said. He also provided pictures of himself with Thatcher to confirm that he knew her.

Gilberthorpe claimed that he was “manipulated” by senior politicians to find boys as young as 15 to to attend these parties.

“I was just 17 when I first went to a conference in Brighton in 1978,” he told the Mirror in 2014. “I couldn’t believe I was rubbing ­shoulders with all these important people and I couldn’t believe that they were taking such a keen interest in me. I would have done anything for them because I was so desperate to make it in politics.”

All of the politicians Gilberthorpe named in the Mirror story were dead at the time. David Mellor, who was a Home Office minister in the 1980s, said in 2014 that Gilberthorpe’s allegations were from a “chap who is annoyed that he was not chosen as a Tory candidate.” 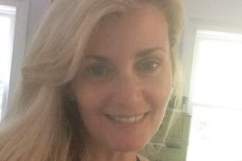 4. Gilberthorpe Also Had a Newspaper Publish a Fake Engagement Notice

Trump's airplane witness once got the press to cover his imaginary engagement to a made-up fiancée. pic.twitter.com/kQF5zY3RUu

Gilberthorpe’s own questionable past goes beyond that one scandal. As Private Eye reported when his claims about the Tory politicians surfaced, he once got the Gloucester Express to report that he was engaged to a California fashion designer in 1987. However, that whole story was fabricated.

A year later, he won £50,000 libel damages from the Gloucester Citizen, Daily Mirror and Sun, which all reported that he resigned from a councilor office “amid allegations that he is a homosexual, has the killer disease Aids and has obtained £250,000 in cash and property from a disabled old-age pensioner.” Private Eye reported that the reporter at the Citizen claimed in the trial that Gilberthorpe was the source of his story.

UPDATE: Gilberthorpe never collected his £50,000 from the newspapers, which appealed the verdict. They found evidence that questioned his version of events and Gilberthorpe kept delaying reaching a settlement. In the end, the newspapers never had to pay him anything.

Gilberthorpe’s name also pops up in connection with the scandal that brought down the late Tory politician Piers Merchant, who died in 2009. In 2003, Merchant wrote a piece for The Guardian, claiming that Gilberthorpe was a “friend and assistant” who set up the “affair” with a 17-year-old named Anna Cox that brought Merchant’s career to an end. Merchant wrote:

The story was splashed across the Sunday Mirror the next day. Anthony Gilberthorpe had set the whole thing up, ensuring that I was up in York in his flat with Anna, that the room was covered in CCTV and wired for sound. I’d known him for years, he’d been a friend of the family, but he was paid about £25,000.

In his interview with Breitbart, Gilberthorpe said he didn’t care about what was being said about him on social media.

So assured as I am of the evidence that I have is that I have stepped up to the plate. I know what is being said about me on Twitter and various, and frankly, it’s a side issue to me. I’m here, I’ve now come to New York, and I’m prepared to stand up and say – because I’d say it for anyone: ‘Enough’s enough.’ I mean, no guy should go through what this Trump’s going through. 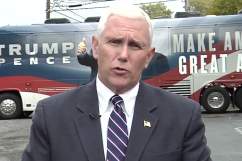 5. Gilberthorpe’s Story is the Evidence Mike Pence Referred to on the ‘Today Show’

The Trump campaign directed the Post to Gilberthorpe, providing the paper with a note from him. It turns out that the interview with Gilberthorpe is the evidence Mike Pence was referring to on The Today Show. 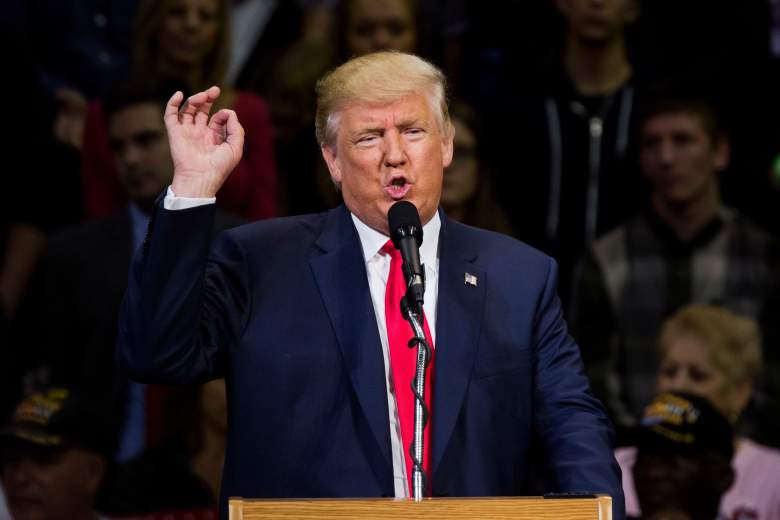 Trump’s attorneys quickly sent a letter to the New York Times, requesting that the paper pull Leeds’ claims. The story also included comments from Rachel Crooks, who claims she was assaulted by Trump in 2005. Trump said he will sue the Times and called the claims “100 percent totally and completely fabricated” at a rally in North Carolina.

“When you looked at the horrible woman last night, you said ‘I don’t think so,'” Trump said at the rally, referring to Leeds.

“The phony story in the failing @nytimes is a TOTAL FABRICATION. Written by same people as last discredited story on women. WATCH,” Trump tweeted on October 13.

The phony story in the failing @nytimes is a TOTAL FABRICATION. Written by same people as last discredited story on women. WATCH!

One theory the Trump campaign had to debunk Leeds’ story was the armrest detail. As Vox notes, Trump campaign spokesmwoman Katrina Pierson claimed on CNN that first class seats on planes during the early 1980s had fixed armrests, which Trump could not have moved to get closer to Leeds.

However, NYCAviation said that the planes Pierson was referring to all made flights into and out of New York at the time.

Hi @KatrinaPierson, the aircraft types you mentioned all did operate into New York City. https://t.co/pfFWPqlcDQ