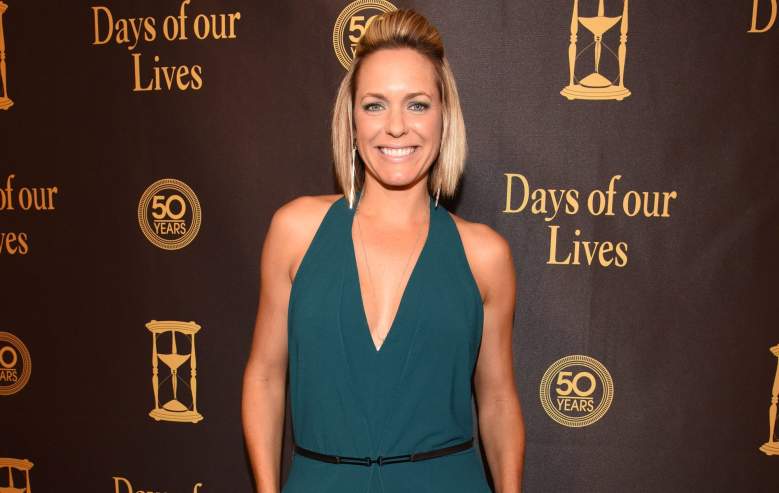 Soap opera actress Arianne Zucker is all over television this week, but not for the usual reason. Today, it’s because of her involvement in a leaked video involving Republican presidential candidate Donald Trump.

On Friday, The Washington Post released shocking video of Trump having a lewd conversation with Access Hollywood host Billy Bush, and on the tape, the Republican nominee ogles Arianne Zucker and talks about wanting to have sex with her. She isn’t the target of the first half of his filthy comments, but towards the end of the recording, Trump and Bush begin objectifying Zucker, with Trump saying that he could force himself on her and she wouldn’t turn him down because he’s a celebrity.

Is Arianne Zucker about to become a key player in the 2016 election? Who is she, exactly? For those unfamiliar with the soap opera world, here’s what you need to know about her.

1. She Plays Nicole Walker on ‘Days of Our Lives’ 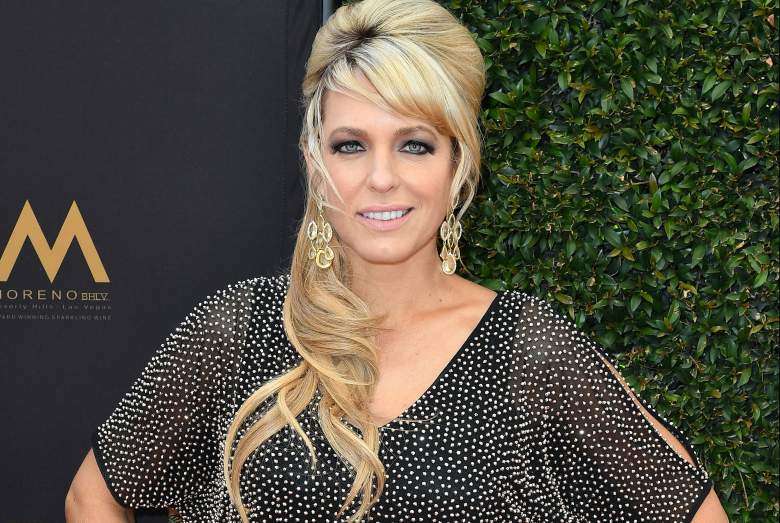 Arianne Zucker arrives at the 43rd Annual Daytime Emmy Awards at the Westin Bonaventure Hotel on May 1, 2016 in Los Angeles, California. (Getty)

Trump encountered Arianne Zucker in 2005 because he was filming a cameo on Days of Our Lives, the show which Zucker was starring in at the time.

Zucker made her debut on Days of Our Lives in 1998, playing the role of Nicole Walker. This character’s storylines have been characterized by tragedy. For example, it is established in the show that she is a sexual abuse victim, as her dad forced her to do pornography when she was a child.

Zucker left the series in 2006 to pursue other projects, and so her character was written off, with it being said that she went off to get married. But the character made a return in 2008, and Zucker still stars as Nicole Walker on the series to this day.

For her role on Days of Our Lives, Zucker has been nominated for three Daytime Emmy awards, and she won a Gold Derby award and a Soap Opera Digest award.

2. Her Character Interacted With Donald Trump on the Show 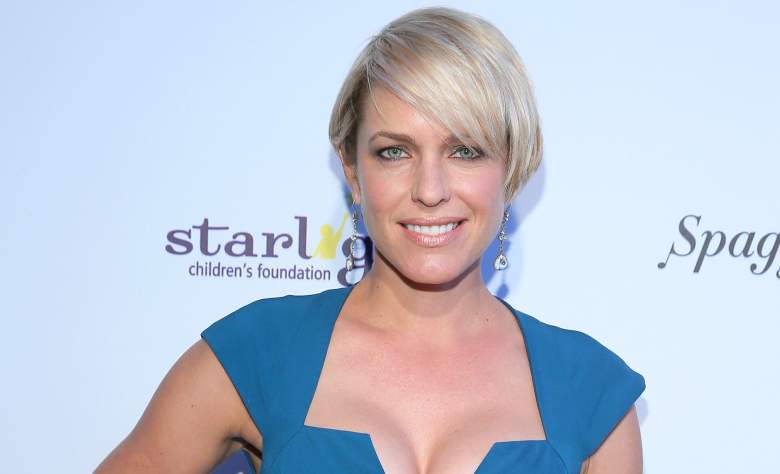 When Donald Trump was on Days of Our Lives, he had a scene with Arianne Zucker. During his appearance, Trump played himself and met with Nicole Walker, who wanted to get a job with the New York businessman, according to TV Line. She becomes romantic with him in the scene, which is why Trump was excited when he saw how attractive Zucker was. At the time, Zucker enjoyed the experience of working with Trump, as she said in a 2005 interview discovered by Entertainment Weekly.

“He was really good. The first take was a little rough because he was sort of figuring out where he was going, not used to the show…It took us three takes the first time, but the second scene was pretty fast and we were in and out,” she said.

Zucker also added in that interview that Trump was “so cute and charming.”

Funnily enough, Trump’s cameo was spoofed on an episode of Saturday Night Live at the time, as observed by the Star Telegram. In a sketch, Darrell Hammond’s Donald Trump messes up all his lines after promising to give the most “dramatic, theatrical, high-rated performance in the history of daytime television.”

In the leaked Washington Post tape, as the bus Trump and Bush are riding in rolls up to Arianna Zucker, Trump tells Bush that he needs some Tic Tacs just in case he tries to kiss the actress.

“I’ve got to use some Tic Tacs, just in case I start kissing her,” Trump says of Arianne Zucker. “You know I’m automatically attracted to beautiful — I just start kissing them. It’s like a magnet. Just kiss. I don’t even wait.”

Trump goes on to say that when you’re a star, women let you do anything to them.

Both Donald Trump and Arianne Zucker were married at the time that these comments were made.

3. She Began Her Career as a Model 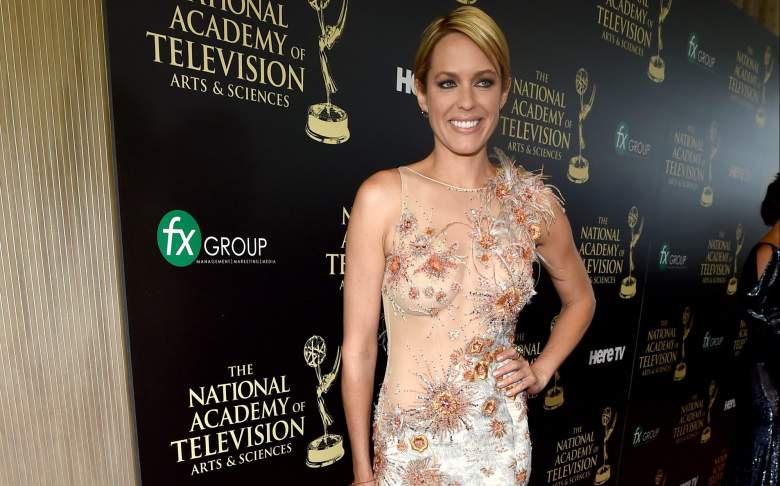 Before getting into acting, Zucker was a model, starting her career in Los Angeles at the age of 16.

She was discovered by It Models, and through working with them, she ended up traveling all over the world, including to France and Japan, according to SoapShows.

Her first exposure to acting was through commercials; she transitioned from modeling into being a commercial actor, appearing in ads for companies like Mazda and McDonald’s.

4. She Married Her Co-star, Kyle Lowder 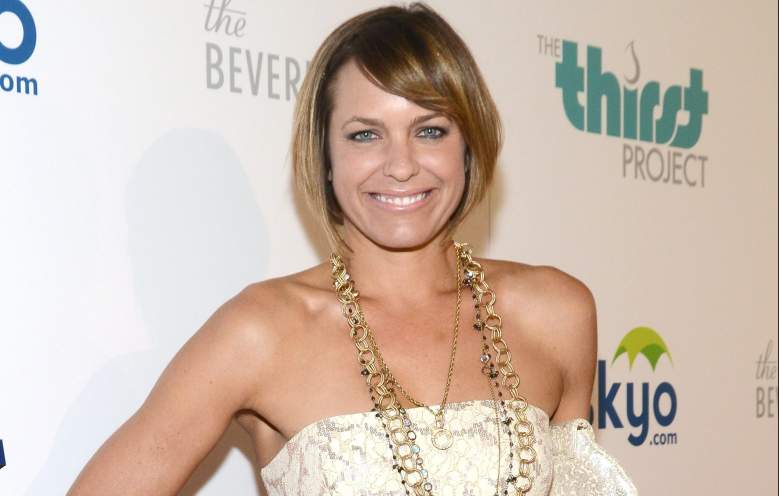 From 2002 to 2014, Walker was married to Kyle Lowder, her co-star on Days of Our Lives. Lowder played Brady Black on the series from 2000 to 2005. This is the man that Lowder was married to while Donald Trump was talking about how he wanted to kiss Zucker and grab her “by the p—y.”

Hubmesh reported that the two separated not for any dramatic reason, but because they had different values and each wanted to pursue their career the way they wanted to. 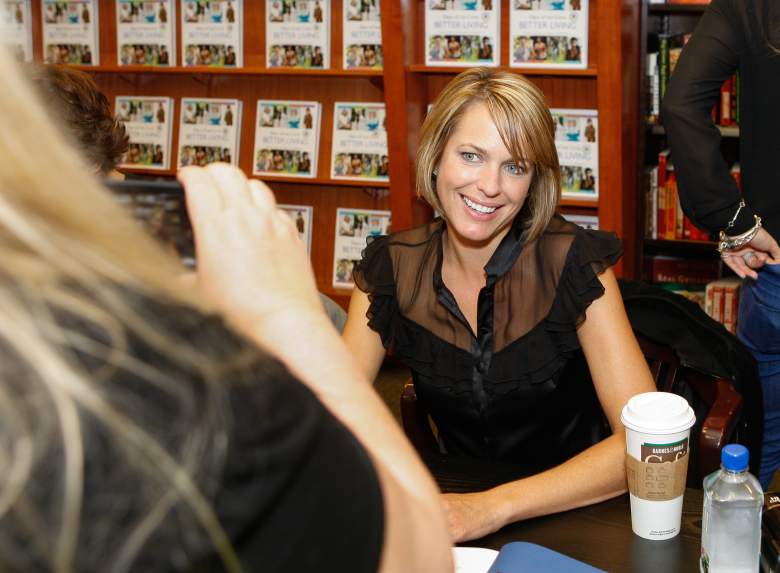 Being on a show as popular as Days of Our Lives for so many years certainly pays off, as according to The Net Worth, Zucker has an estimated net worth of $6 million.

Comparing this to some other Days of Our Lives actors’ finances, Daniel Cosgrove is worth $3 million, Greg Vaughan is worth $2 million, and John Aniston is worth $10 million.

Arianne Zucker has appeared in 1,501 episodes of Days of Our Lives in total.

Read More
Celebrities, Donald Trump
wpDiscuz
11
0
Would love your thoughts, please comment.x
()
x
| Reply
Arianne Zucker is the Days of Our Lives actress who Donald Trump ogled in the controversial leaked Washington Post tape. Here's what you need to know about her.