Then-U.S. Secretary of State Hillary Clinton is sworn in as her husband Bill Clinton and her daughter Chelsea look on. (Getty)

There have been conflicting reports about whether the FBI has been actively investigating the Clinton Foundation recently and whether the Justice Department (and even some FBI officials) tried to block the probe.

It’s unclear whether the probe is still active, as the newspaper said there are conflicting accounts about whether agents were told to “stand down”  in August by officials concerned about the potential for interference with the upcoming political election (a concern that mirrors the controversy surrounding FBI Director James Comey now).

The newspaper article, which was based on unnamed sources, was published on October 30, on the heels of the FBI director’s controversial letter to Congress revealing that the agency was planning to investigate newly discovered emails to see whether they are significant to the FBI’s investigation into Hillary Clinton’s emails.

Comey’s letter has been hotly criticized by Clinton herself and others as inappropriately interfering in the election before the FBI has even assessed the emails; Senate Minority Leader Harry Reid went so far as to say Comey might have violated the federal Hatch act by interfering in an election. Comey has written that he felt an obligation to inform Congress about possible new information because he previously testified the probe was closed.

The FBI has now obtained a warrant to review the emails discovered on the computer of Anthony Weiner, the estranged husband of top Clinton aide Huma Abedin. It’s unclear who sent them or what they contain, but the Wall Street Journal reported, in the story by Devlin Barrett, that they number 650,000.

The report of a possible second investigation that may have continued at least through September was causing some jaws to drop on the Internet, especially as it comes after a series of WikiLeaks’ releases of hacked emails that discussion the Clinton Foundation or, in the words of one Clinton ally, “Bill Clinton Inc.” 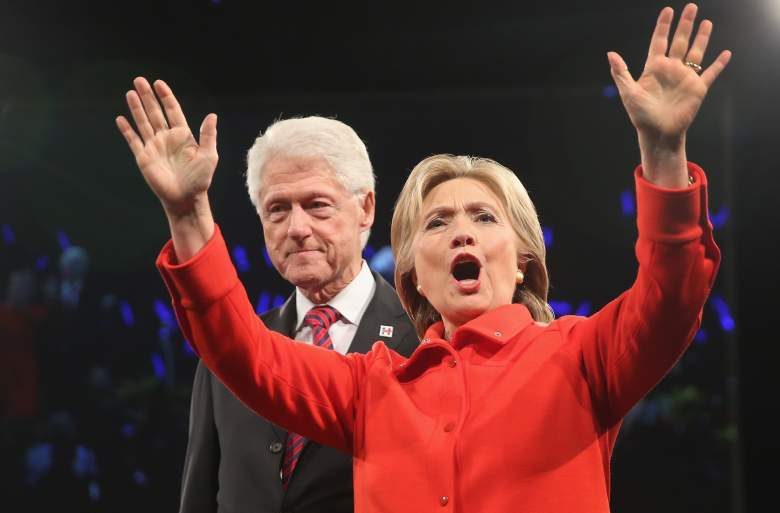 A fissure between Comey and the Justice Department, headed by Attorney General Loretta Lynch, has also been on display in the fallout over the new Comey letter, when it was revealed that Lynch objected to the Comey letter. She had previously said she would defer to Comey’s recommendation on the Clinton email investigation after it was revealed she had a private meeting with former President Bill Clinton on an airplane.

The Wall Street Journal reported there is similar fissure between Comey and Justice over the Clinton Foundation, saying senior law enforcement officials “repeatedly voiced skepticism of the strength of the evidence in a bureau investigation of the Clinton Foundation” and wanted to condense it. The article describes tension between agents and Bureau higher-ups.

The newspaper also contended that Justice would not authorize subpoenas, formal witness interviews or grand jury activity and was upset the FBI was still investigating the Foundation in August because of the upcoming political election.

That concern echoes Justice’s disagreement with Comey over his letter to Congress, which deviated from past practice not to take investigative steps that could be perceived as influencing an election.

Comey is a lifelong Republican (who said recently he was no longer registered as one.) Although both Comey and Lynch were nominated by President Barack Obama, Comey is a former Bush administration official who has donated to past Republican presidential candidates.

However, Fox News reported November 2 that “FBI agents have interviewed and re-interviewed multiple people on the foundation case, which is looking into possible pay for play interaction between then-Secretary of State Hillary Clinton and the Clinton Foundation.” 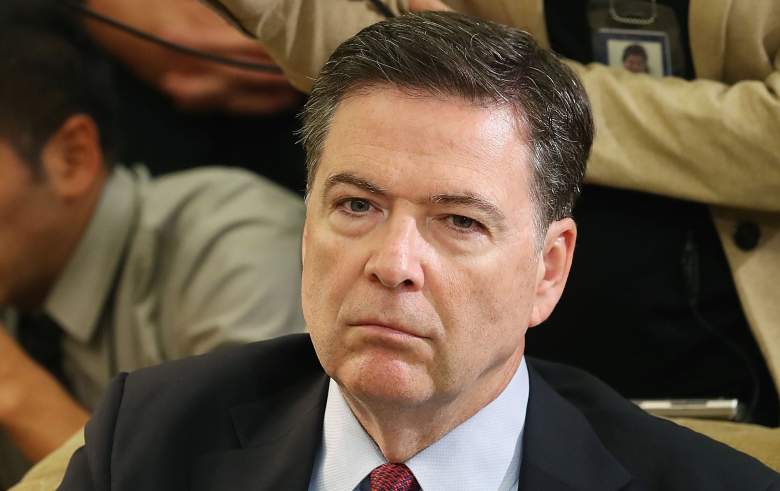 The Wall Street Journal claimed the Foundation probe started over a year ago and was looking into “financial crimes” and “influence peddling.” The newspaper says it encompassed FBI field offices in New York, Los Angeles, Washington and Little Rock, and L.A. agents subpoenaed bank records after getting information in an “unrelated public corruption case.”

The Wall Street Journal contends that there were tense meetings between Justice and the FBI, with some higher ups not believing there was a strong enough case, and said agents nonetheless unsuccessfully sought to review Hillary’s emails in September.

The newspaper has previously reported that the organization for Virginia Gov. Terry McAuliffe – an ally of the Clintons and former board member of their foundation – gave almost $500,000 to the campaign of a top FBI official’s wife; that official, Andrew McCabe, was involved in the Clinton Foundation discussions (and by some accounts wanted agents to stand down, but not in others) and helped run the email investigation, the newspaper reported.

CNN reported in August that, months before that date, “three field offices were in agreement an investigation should be launched after the FBI received notification from a bank of suspicious activity from a foreigner who had donated to the Clinton Foundation.”

CNN added that the FBI wanted to “investigate whether there was a criminal conflict of interest with the State Department and the Clinton Foundation during (Hillary) Clinton’s tenure” but a previous investigation into the Foundation had found insufficient evidence for a case, which made some officials concerned about launching another one.

CNN had reported that the DOJ had declined to open a case on the Clinton Foundation after a meeting months before because of concerns that the investigation was political. That conflicts with the Wall Street Journal’s reporting, which also describes the tense meeting but then says the FBI continued the investigation.

The Wall Street Journal is not the first newspaper to report that.

The Daily Caller reported in August that the New York office of the FBI was investigating the Clinton Foundation, saying that the probe was “being led by Preet Bharara, the U.S. attorney for the Southern District of New York.”

According to his official biography, Bharara was nominated by President Barack Obama and “oversees the investigation and litigation of all criminal and civil cases brought on behalf of the United States in the Southern District of New York, which encompasses New York, Bronx, Westchester, Dutchess, Orange, Putnam, Rockland and Sullivan counties.”

3. A Former FBI Assistant Director Said on Television That There Is an Active Investigation Into the Clinton Foundation

The Daily Caller reported that Tom Fuentes, a former FBI assistant director who is an analyst at CNN, said October 29 on television “that the bureau has an open investigation into the Clinton Foundation.”

Fuentes said, citing sources, that “The FBI has an intensive investigation ongoing into the Clinton Foundation,” the Daily Caller reported.

Fuentes claimed that the August CNN report that an investigation was not opened was wrong.

The Clinton Foundation is a charitable organization; Bill and Chelsea Clinton are on its board. The Foundation’s website says, “We believe that the best way to unlock human potential is through the power of creative collaboration. That’s why we build partnerships between businesses, NGOs, governments, and individuals everywhere to work faster, leaner, and better; to find solutions that last; and to transform lives and communities from what they are today to what they can be, tomorrow.”

Bill Clinton started the Foundation in 2001, and it and the Clintons deny any improprieties.

4. The Clinton Foundation Has Come up in WikiLeaks With Questions Raised About the Activities of Clinton Friend Doug Band

The New York Times said hacked emails show Chelsea Clinton expressed concern about “intermingling of foundation business with Teneo, the corporate consulting firm co-founded by Douglas J. Band, one of her father’s closest aides” and suggested an audit. Emails from Band have featured prominently in recent WikiLeaks’ hacks of the email account of Clinton’s campaign chairman; the Clinton campaign has blamed the hacks on Russia and equated them to Watergate.

According to The New York Times, Band wrote a length memo explaining how he had raised millions of dollars for the Foundation and described arranging “tens of millions of dollars in income for Mr. Clinton in the form of lucrative speeches and consulting arrangements, some of them from foundation donors.”

The Band email said in part, “We have solicited and obtained as appropriate in-kind services for the president and his family – for personal travel hospitality, vacation and the like.”

Doug Band on his Bill Clinton Inc. memo: "I'm also starting to worry that if this story gets out, we are screwed." https://t.co/lx5Sczbtk7 pic.twitter.com/zWo8JSOOE6

The Atlantic says Band “brokered deals for paid speeches that enriched Clinton, and then started a private consulting firm called Teneo that made the Foundation, Bill Clinton, and Band himself even wealthier.” A 12-page memo Band wrote describing how it all worked was released in the WikiLeaks’ hack. You can read it here. He called the enterprise “Bill Clinton, Inc.,” said The Week.

The New York Daily News said the memo contends Band’s company had “raised tens of millions for the foundation and produced between $30 million and $66 million in revenue for Bill Clinton.”

The hacked emails from Clinton campaign chairman John Podesta also show that there were tensions between Band and Chelsea Clinton, with the former calling Chelsea a “spoiled brat kid.” In the hacked memo, Band allegedly wrote that Bill Clinton “is personally paid” by some of the Clinton Foundation’s donors and “gets many expensive gifts from them,” said The Week.

National Review claims “contributions were substantially diverted to pay lavish salaries and underwrite luxury travel for Clinton insiders” and alleged there was “exchange of political favors, access, and influence for millions of dollars in donations.”

5. The Trump Foundation Has Also Received Scrutiny After Questions Were Raised

The New York Attorney General ordered the Trump Foundation to stop fundraising because it had allegedly failed to register as required.

The Trump Foundation’s $25,000 donation to a campaign committee supporting Florida Attorney General Pam Bondi was returned because it was prohibited, and Democrats have called for an investigation after it was revealed it “arrived just days after Florida announced it was not joining a multi-state lawsuit against Trump University,” said BBC. The Foundation ended up paying an IRS penalty, said The Washington Post. 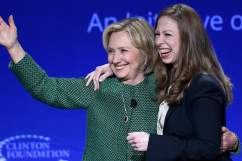 Loading more stories
wpDiscuz
6
0
Would love your thoughts, please comment.x
()
x
| Reply
There have been conflicting reports about whether there is an FBI investigation of the Clinton Foundation and whether the Justice Department has stymied the probe.