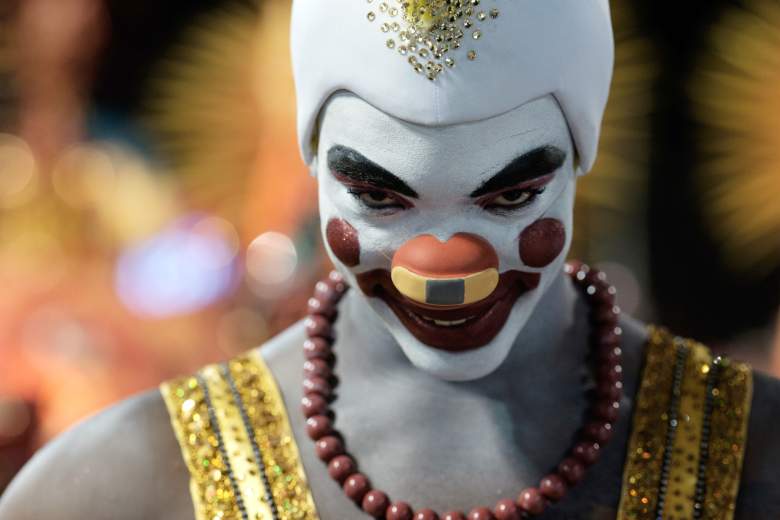 Creepy clowns have been seen all over the country, in at least 32 states but likely more. Although many creepy clown sightings haven’t been authenticated or have even been uncovered as fake, there are still a lot of unexplained sightings left to go around. Meanwhile, some people are fighting back, such as a large group of students at Penn State. We have put together a compilation of videos of clown sightings and clown hunts below. For some of these videos, it’s unclear which are authentic clown sightings and which are hoaxes, but they’ll definitely give you some good videos to share for Halloween. Keep an eye on this article, as we’ll add more videos as they’re available.

Here are the videos you need to see.

In Ocala, Florida, a creepy clown was spotted hiding in the grass on the side of the road. The man who posted the video, Caden Munro Parmelee, wrote: “Me and Christian ran into this clown while driving on the dirt road in OPE. We stopped to record and then he started to move, so we took off. Not trying to die today.”

Girls in Georgia Catch a Clown on a Snapchat Video

In Georgia, this news report shows part of a video taken by two girls who said a clown was outside their apartment in Fort Oglethorpe. They took the video on Snapchat and said it appeared to be waving a knife:

A North Carolina Resident Spotted a Clown Outside Her Home

North Carolina resident Samantha Troncoso took this video and photos of a clown and shared it on Facebook. She said the clown was standing outside her house.

In Ohio, These Men Said They Saw a Clown on a Bridge

We don’t know if this video is authentic or not, but it really looks creepy. It was shared on Facebook by Ohio resident Chase Prior. He wrote: “Well, this morning I had a rather traumatizing experience. I woke up early to go running with Patrick Williams and we parked by the YMCA to hit the bike path… We had no idea this would happen when we started our run. The video is NSFW due to my language, which I apologize for but I was more than a little shook up. Keep an eye out of this guy or someone like him around the area because this was absolutely terrifying…” (Note: It appears this video may have been made private and is no longer available for public viewing.)

Pretty much any video of a clown approaching you appears scary, like this one from Tacoma, Washington:

WATCH OUT Clown Sighting in Tacoma, WA on 26th St. be careful when walking around. pic.twitter.com/M5Yjl1b64j

And here is a video from Sparks, Nevada that started a bunch of sightings of clowns with machetes:

A Clown in an Apartment Complex

This video that Julian Cortes shared on Facebook shows a clown sighting near an apartment complex. There’s no way really to know if it’s authentic or not, but it’s pretty interesting to watch. Keep your volume down because there’s some high-pitched screaming:

On Monday night, a large group of students went on a big hunt for clowns that were spotted on campus. You can read Heavy’s story about the giant hunt here. Here’s one video that Michaela Jane shared on Twitter, allegedly showing one of the clowns on the loose at Penn State:

Here's one of the clowns at penn state @penn_state pic.twitter.com/AUvoKuaKQm

Then students responded by going on a massive hunt:

When Clowns Run Away

Clowns don’t always run up to people, they sometimes run away. Kelsey Kerwin of ABC 17 News shared this photo on Facebook from Moberly, Missouri. Whether it’s real or a hoax, it’s pretty funny:

A Clown Was Driving Drunk in Ohio

Clown arrests continued into late December, when a man in Ohio was arrested after he failed a sobriety test. You can read Heavy’s story about the incident here.

In Fall River, Rhode Island, this video of a dancing clown was shared on Twitter:

Some clown sighting videos seem very suspicious. But they’re still too funny not to share. This one was taken in Quebec, Canada:

And in Clinton Township, ABC 7 reported that a clown was seen waving outside a car wash. Police said the clown wasn’t doing any criminal acts, just waving:

PLEASE SPREAD:we just saw this clown on cass and moravian. He tried to follow our car. This is getting insane.. pic.twitter.com/QvwWoJrSov

And then there was this video, shared from Pasco Sims Park. It’s tough to know if this is authentic or not, since the submitter only goes by “Boozed Noggin” on YouTube and has only uploaded one video, this one: 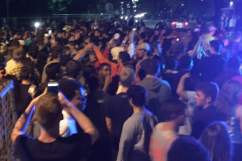