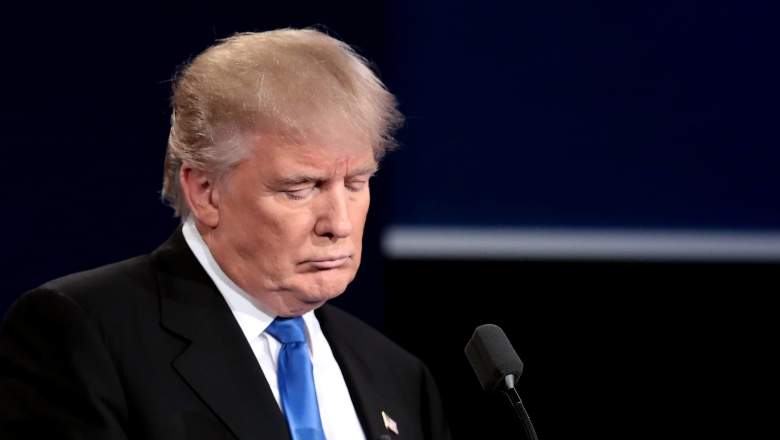 Since Donald Trump’s unusual late-night apology after growing outrage over his lewd comments about women on an old video, rumbling has increased that the unthinkable could happen: What if Trump dropped out?

Is that even possible? The logistics would be very complicated and could rest upon interpretations of Republican National Committee ‘Rule 9.’ There would be issues with ballot access, some people have already voted, and it’s far from clear whether the RNC could force Trump off the ticket at this stage.

Some New York reporters say they’re hearing such talk, even though Trump, in his defiant videotaped mea culpa from Trump Tower, promised to be at Sunday’s 2nd presidential debate. He also pledged to go after Bill Clinton’s past in a big way, saying the former president had “actually abused women” and alleging that Hillary Clinton had “bullied, attacked, shamed, and intimidated his victims.”

Indeed, Trump insisted Saturday that he won’t quit. That means the RNC, if it were so inclined, would have to decide if there was any way to force Trump out, which is a very complicated question under its rules.

According to The Associated Press, Trump told newspapers on October 8: “I’d never withdraw,” adding that there’s “zero chance I’ll quit” and claiming the support he has been getting is “unbelievable.”

BREAKING: Donald Trump tells newspapers that `I'd never withdraw' and there is `zero chance I'll quit' the race for president.

However, speculation was growing. The National Affairs editor for New York Magazine wrote on Saturday, October 8: “Hear Trump huddled in meeting at Trump Tower w/ Rudy, Newt and Jeff Sessions. Source: Sessions arguing Trump should consider dropping out.” However, he also said Trump was being urged to bring up old rape allegations against Bill Clinton, and some are speculating that VP candidate Mike Pence might quit instead in anger over the lewd comments unearthed on the Billy Bush tape.

Former Utah Governor Jon Huntsman got the ball rolling early, calling for Trump to drop out of the race. Other Republicans have withdrawn their endorsements from Trump in the wake of his crass comments about women to former Access Hollywood host Billy Bush, and House Speaker Paul Ryan booted Trump from a Wisconsin campaign appearance on Saturday, even though Wisconsin is an important swing state.

Some big Republican names want Trump to drop out. John Thune is a prominent Republican senator from South Dakota. He posted this statement on Twitter, calling for Pence to assume the nomination:

Obviously, if Trump were to drop out, it would be unprecedented, unheard of, and utterly explosive. Then, again, this has been a campaign season dominated by the predictable, and there’s nothing typical about Trump as a candidate.

Going down the rabbit hole of possibilities for a moment, let’s say Trump did drop out or the RNC wanted him out. What would happen next? Is it even possible?

It’s Unclear Whether the RNC Could Force Trump to Quit

The Washington Post reports that the RNC can’t just call Trump and tell him to quit. They have to follow the RNC rules. The Post says that some experts consider the word “otherwise” in the rule ambiguous enough that RNC officials might be exploring whether it would allow them to boot Trump, but it was really designed to replace a candidate who was ill or deceased.

However, ABC News reported back in August, when dropping out speculation also raged, that “officials say there is no mechanism for forcing him to withdraw his nomination” and “Trump would have to quit on his own.” Thus, this is a complex and uncertain question that could revolve around the meaning of and intent behind the word “otherwise.”

Just had a short back-and-forth with a top GOP rules source on trying to oust Trump. "Practically and politically not going to happen."

Politico reports that top RNC lawyers have been studying Rule 9 all weekend but concluded Trump would have to voluntarily quit. However, the legal analysis is still underway, Politico said.

The bottom line: It’s an open question whether the rules allow the RNC to boot Trump as its nominee or Trump would have to withdraw on his own volition. And it’s very late in the game to start figuring that out.

Rule 9: How Does the RNC Rule Work if Donald Trump Drops Out?

If Trump were to step aside or somehow be booted as the party’s nominee, the process is governed by “Rule 9” in this handbook of RNC rules. See above. Rule 9 continues:

Lawnewsz.com says the rules allow Republicans two choices if Trump steps aside or is forced aside: They can reconvene their convention and have the delegates vote again or the replacement choice would be made by “the 168-member committee” of the RNC.

That committee “could decide with each member getting a portion of votes based on the population of the state they represent. Number 2 seems like a more likely scenario,” reports Lawnewsz.

That means 168 high-level Republican party officials would possibly be choosing a new nominee.

Some People Want Mike Pence to Become the New Nominee

Donald Trump is seen with running mate Mike Pence at a rally at Stranahan Theater in Toledo, Ohio on September 21, 2016.
Don King, Mike Pence, and Bobby Knight all spoke before Trump took the stage. (Getty)

The drumbeat was growing on Saturday morning for Trump to drop out. What started out Friday night as a smattering of Twitter speculation has gained some prominent voices.

In addition to Huntsman, those calling for Trump to drop out now range from a Republican senator to former Republican primary candidate Carly Fiorina. Those asking Trump to drop out typically favor Indiana Gov. Mike Pence, Trump’s running mate, as a replacement. However, Pence released a statement supporting Trump.

Republican Rep. Mike Coffman has also called for Trump to “step aside,” CBS Denver said. Pence’s stock rose after the first vice presidential debate, in which his performance was widely praised.

Enough is enough. Donald Trump should withdraw in favor of Governor Mike Pence. This election is too important.

Kelly Ayotte, Republican senator from New Hampshire who is in a tight race for her own seat, announced she is writing Pence in.

I will not vote for Donald Trump. Read my statement here: pic.twitter.com/F8zajgDZpg

House Speaker Paul Ryan also cancelled the joint appearance with Trump in Wisconsin, a key swing state, on Saturday, but had not called on Trump to drop out.

How do states determine whose name appears on the ballot? That varies by state. The problem here is that some state deadlines for ballot access have already passed.

That means that, even if the RNC booted Trump for Pence, it’s likely Trump’s name would still appear on some states’ ballots, said LawNewz.com. Because of the ballot access issue, ABC reported, experts had said Trump needed to drop out by early September to get a replacement on the ballot “in enough states to win.” That’s led some too argue it’s too late.

According to Think Progress, as but one example, West Virginia law means that candidates who want to withdraw from the election – and thus not appear on the ballot – must do so by filing a statement “not later than eighty-four days before the general election.” Obviously, the election is a month away.

Think Progress pointed out that some states also bind their delegates to the candidate their state’s voters preferred in the primary, and the Electoral College chooses the president. Concluded Think Progress, “Thus, even if Trump’s name is removed from the ballot in states like South Carolina or Alabama, the electors may still be bound to vote for Trump if they previously declared their intention to do so.”

At Chicago Board of Elections, Pres Obama casts his ballot in early voting. pic.twitter.com/DvZ14sGLFI

Here’s a big problem with the “Trump dropping out” scenario: Some Americans have already cast their ballots in the 2016 presidential race because early voting has started. Trump himself has encouraged early voting on Twitter:

Critically, thousands of Republicans have already voted in swing states where the margin is close, and the Republicans need every vote to prevail. The Post says 8,000 early votes were cast already in North Carolina, and 5,000 in Florida.

Pros & Cons for Republicans If Trump Drops Out

A voter registration sign is seen before a viewing event for the first Presidential Debate between Donald Trump and Hillary Clinton at the Harvard University Kennedy School of Government on September 26, 2016, in Cambridge, Massachusetts. (Getty)

Republicans might be weighing whether a Trumpless ticket would salvage down ticket races (like Republican Senator Rob Johnson, who is in a tight race in Wisconsin to save his seat) even if it cost them the presidency.

On the other hand, there is still a chance that Trump could win the presidency, giving Republicans at least some of their agenda (he’s pledged to nominate Supreme Court justices they would like, for example). Trump isn’t that far out in the polls and until the first presidential debate, he was in a virtual tie with Hillary in national polls and also in some key swing states, like Florida.

However, since the first presidential debate, in which Trump repeatedly interrupted Hillary and she brought up his old comments on a beauty queen’s weight, Clinton has inched back ahead in the polls. The RealClearPolitics polling average has her up an average 4.6 percentage points on October 8. 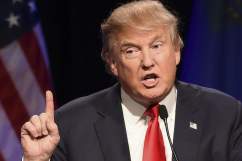 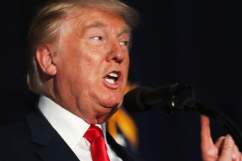 Loading more stories
wpDiscuz
5
0
Would love your thoughts, please comment.x
()
x
| Reply
Rumbling has grown about Donald Trump dropping out of the 2016 presidential race, possibly for Mike Pence. What would happen next if that did happen? How would this work?