The list of top Republicans calling for Republican nominee Donald Trump to quit or who are pulling their endorsements is growing in the wake of revelations that Trump used crass comments to refer to women in an old videotape.

It’s unprecedented for so many top Republicans to demand that their party’s nominee step aside for his running mate Mike Pence with only a month to go until the election. But that’s what some big names are doing.

On Friday October 7, a few Republicans – such as former Utah governor Jon Huntsman – demanded that Trump step aside and allow Pence to assume the top of the ticket. By Saturday, as one national reporter put it, the “floodgates” had opened, with more and more top Republicans adding their voices to that chorus. Some didn’t call on Trump to drop out but said they wouldn’t vote for him anymore.

Either way, the pulled support could make a crucial difference in some battleground states where Trump was closing the gap. Take Wisconsin as an example. Trump was supposed to appear Saturday in that swing state – where the polls had tightened – alongside the governor, attorney general, House Speaker Paul Ryan and other top state officials. Now he’s not.

For his part, a defiant Trump said on Saturday that there was “zero chance” he would quit. He claimed he has been buoyed by support. In his highly unusual apology on Friday evening, presented on video from Trump Tower, Trump said he was sorry for the comments he said to then Access Hollywood host Billy Bush but also indicated he would be at the second presidential debate Sunday and would launch an attack against Bill Clinton for abusing women, and Hilly Clinton for bullying those women.

That push back hasn’t stopped the list of top Republicans wanting Trump out from growing, even though at this stage it would be logistically almost impossible for the Republican National Committee to select a new nominee.

Here’s the list of top Republicans demanding that Trump drop out or saying they will no longer vote for Trump, as of October 8:

John Thune is a Republican senator from South Dakota. He posted this statement on Twitter, calling for Pence to assume the nomination:

Thune holds positions in Republican leadership within the U.S. Senate.

New Hampshire Senator Kelly Ayotte is already in a tough re-election bid in her home state. On Saturday, the Republican senator said she will write Mike Pence in on election day.

I will not vote for Donald Trump. Read my statement here: pic.twitter.com/F8zajgDZpg

The support of Republicans like Ayotte could matter in tight races in swing states.

U.S. Sen. Mike Crapo, an Idaho Republican, urged Trump to drop out of the race and said he won’t endorse Trump anymore.

I can no longer endorse Donald Trump. Read my full statement: pic.twitter.com/lfa9mYZbdC

Mark Kirk, Republican Senator from Illinois, was one of the first top Republicans to call on Trump to drop out.

Dan Sullivan, the Republican senator from Alaska, is calling for Trump to drop out.

Sullivan wants Pence to take over and argues that Trump can’t take the lead on domestic violence and sexual assault issues. 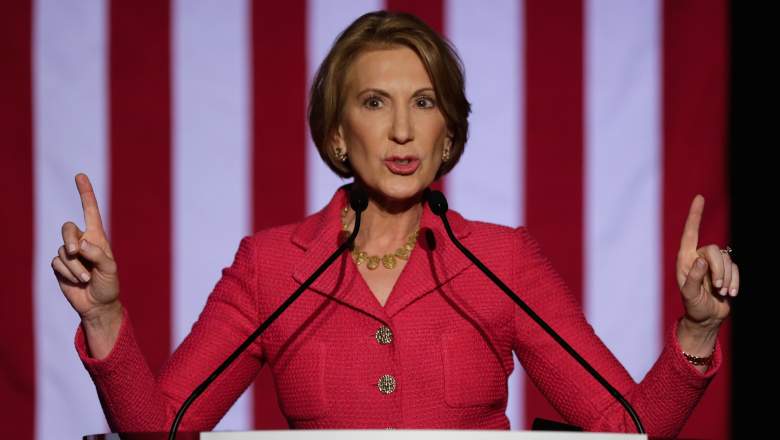 Carly Fiorina is a former business executive who ran against Trump in the Republican presidential primary. On Saturday, she released a statement saying Trump should drop out in favor of Pence.

Fiorina wrote that Trump had “manifestly failed” in his duties as nominee. 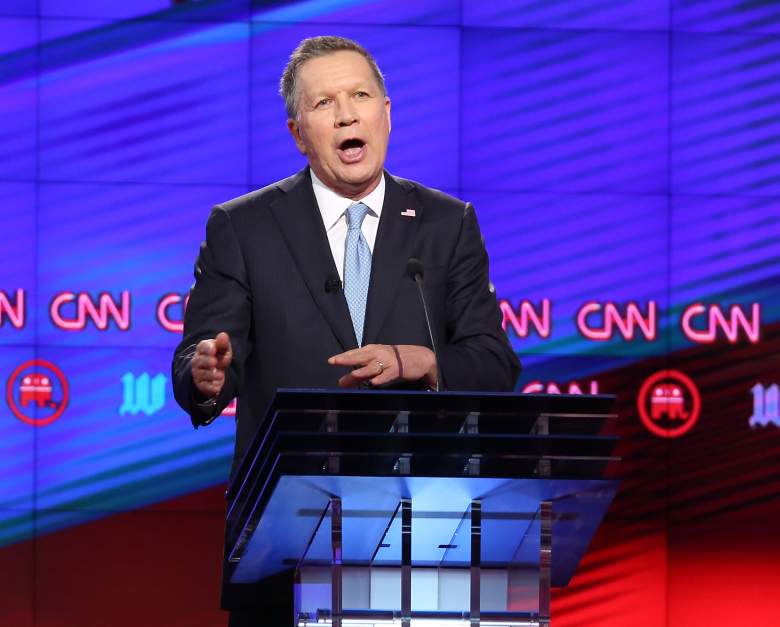 John Kasich is looking to win his home state of Ohio. (Getty)

Although John Kasich, Trump’s former primary opponent and governor of a key swing state, didn’t call on Trump to quit, he released a statement saying he won’t vote for Trump. Kasich’s vote had always been unsure, though.

.@JohnKasich statement on Donald Trump: "I will not vote for a nominee who has behaved in a manner that reflects so poorly on our country." pic.twitter.com/heXuyVSWp1

Kasich, of course, stayed in the primary until there were only three candidates left. There’s been no word yet from Ted Cruz, the other one of those three final primary candidates. Ben Carson, another primary candidate, released a statement calling Trump’s behavior unacceptable but not pulling his endorsement.

The Republican governor of South Dakota, Dennis Daugaard, is one of those demanding that Trump step aside.

Enough is enough. Donald Trump should withdraw in favor of Governor Mike Pence. This election is too important.

The Argus Leader reported that Daugaard, governor since 2011, had previously supported Trump.

The Republican Governor of Utah didn’t call on Trump to drop out, but he announced he won’t vote for him anymore.

Donald Trump's statements are beyond offensive & despicable. While I cannot vote for Hillary Clinton, I will not vote for Trump. #utpol

However, Herbert said he won’t vote for Hillary Clinton, either.

Rep. Jason Chaffetz on Donald Trump: "This was not just locker room talk. This was offensive." https://t.co/wXisqF5Idm

Chaffetz was one of the first people to pull his endorsement of Trump after the revelations of the Billy Bush tapes. 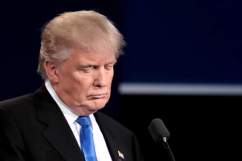 Donald Trump Dropping Out Scenarios: What Would Happen Next?

Loading more stories
wpDiscuz
11
0
Would love your thoughts, please comment.x
()
x
| Reply
See the growing list of top Republicans now calling on Donald Trump to withdraw from the presidential race for Mike Pence or who are pulling endorsements.