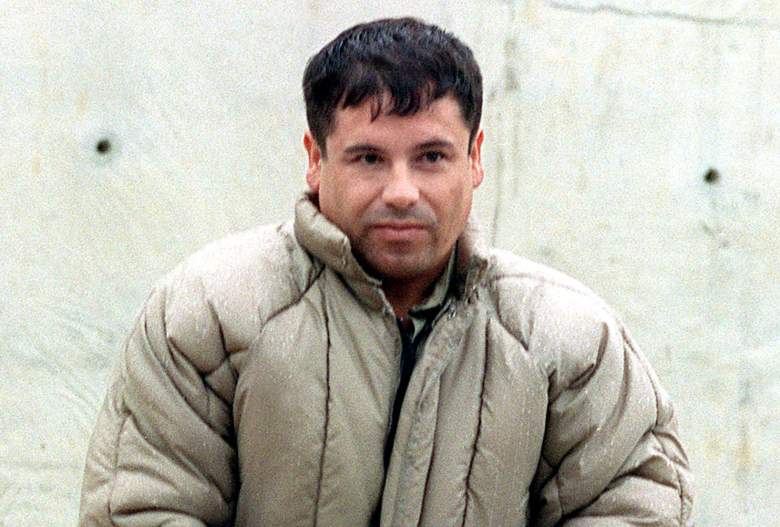 The federal judge who presided over the case of notorious Mexican drug lord Joaquin “El Chapo” Guzman has been murdered while jogging.

The assassination was captured on video (see it below; warning, it’s graphic, although the moment of the actual murder has been edited out).

Judge Vicente Bermudez Zacarias was shot in the head on October 17 near Mexico City, according to the San Antonio Express-News. Some news sites gave his name as Vicente Bermudez.

El Chapo is the legendary leader of the Sinaloa drug cartel who has repeatedly escaped from Mexican prisons and who is responsible for trafficking massive quantities of illegal narcotics into the United States. The Chicago Crime Commission has dubbed him “Public Enemy Number 1.”

1. The Judge’s Assassination Was Captured on Video as He Jogged

A video shows the assassin run up behind the judge and shoot him in the back of the head before fleeing. The judge then crumples to the ground.

The killer has not been identified, said The New York Post. You can watch the video above.

The Post said the judge “became a district judge in December 2013 and served in the Fifth Tribunal for appeals and civil judgments in the State of Mexico.”

Mexican drug trafficker Joaquin Guzman Loera aka “el Chapo Guzman” (C), is escorted by marines as he is presented to the press on February 22, 2014 in Mexico City. (Getty)

The news site says Guzman’s lawyers “have filed numerous legal challenges aimed at preventing his extradition,” while the drug lord sits in a prison just across the border from El Paso.

3. The Judge Was Not Given Any Protection Despite His Dangerous Assignments

The San Antonio Express-News said the judge was not provided protection even though El Chapo’s case was not the only one he handled involving a drug lord.

“Security Coordination Bermudez explained that Zacarias had no protective measures assigned for such officials,” said the Spanish-language publication SPDNoticias.com.

He was also presiding over the case of Abigael Gonzalez Valencia, leader of Los Cuinis cartel, says the newspaper. Zacarias was rushed to a clinic, where he died, said SPDNoticias. The New York Post said the judge also handled a tax fraud case involving a businessman, Naim Libien Kaui, “whose family is accused of links to drug traffickers.”

President Enrique Peña Nieto condemned the murder and ordered the attorney general’s office to handle the murder investigation, according to The New York Post.

SPDNoticias reported that Luis María Aguilar Morales, the president of the Supreme Court of Justice of the Nation, condemned the murder of the judge.

“During plenary session, he requested a minute of silence” and “demanded that the authorities investigate the murder and demanded that the security of judges is guaranteed,” said the news site.

5. El Chapo Has Broken out of Prison Twice & The United States Is Trying to Extradite Him

According to the Voice of America, El Chapo has staged two dramatic prison breaks.

The head of the powerful Sinaloa cartel, which traffics cocaine, heroin and other narcotics across the Mexican border into the United States, El Chapo is facing “charges that include murder and money laundering in Texas and another for drug distribution in California.”

He was recaptured last January.