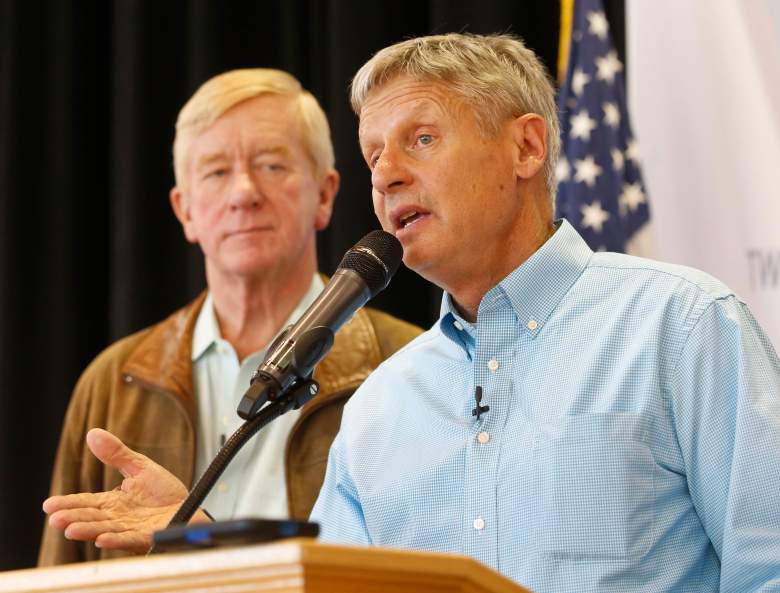 Gary Johnson live tweeted during the second presidential debate. His opinions are driving home the message that Johnson really should be allowed in the third and final debate.

Here are some of their best tweets during the debate.

An apology does not include shifting this to Bill Clinton. #debate

And he followed up by agreeing with Hillary Clinton:

Got to agree to with @HillaryClinton, he doesn't apologize for anything. #debate

Johnson also echoed a point that Clinton made during the beginning of the debate about the need to focus on the issues.

23 minutes in, and we still have had no serious discussion about #jobs, #debt, or our security. #debate

He was not impressed with the second debate, and many viewers agreed:

I did not think that #debate number 2 could be more pathetic than debate number 1 and yet to this point, it is.

One supporter responded: “How can we get you up there. These clowns are pathetic.” Someone asked about Aleppo in response and another person tweeted: “a city that Gary Johnson won’t bomb but Hillary and Trump will…”

Johnson is polling around 7 percent in the major national polls. He needs to reach 15 percent to be included in the last debate. His supporters are hoping that Trump’s recent problems may open the door for Johnson to poll better and get into the finale debate. Another person mused:

@mlsgregg @GovGaryJohnson this is not a debate. How are emails and voice recordings going to help me? ?

Johnson did start tweeting about the issues once the candidates started talking about them. He first addressed his answer to healthcare:

Bring competition to #healthcare! A #freemarket approach is needed, and recognize that healthcare is far removed from the free market.

He also disagreed with Clinton and Trump’s paths to safety and security:

He disagreed with Trump’s immigration plan:

But he also disagreed with Clinton:

The unforgivable in life is #hypocrisy: doing one thing and saying another. You are guilty of hypocrisy when it comes to Wall Street Hillary

But it wasn’t long before the debate turned back to scandal, and Johnson voiced his dissent:

If you're tired of this now, imagine what four years of this would be like.
America can do better. #debate

He later pointed out a flaw with Clinton’s foreign policy ideas for Syria:

The civil war in Syria is heart-breaking. W/o strong diplomacy, Hillary's safe zone ineffective and would require U.S. boots on the ground.

And he shared his views on free trade:

While the campaigns talked about how much money they had raised, Johnson added his own two cents:

Our campaign has raised $10M, the vast majority from small donors. We're the campaign that's not for sale. #debate

All in all, Johnson and many third-party supporters were disappointed by the debate. He mentioned the alternative that he and Weld can bring: 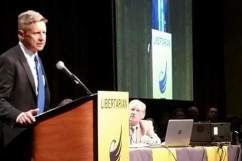 Will Trump’s Tape Help Gary Johnson Get Into the Last Debate?