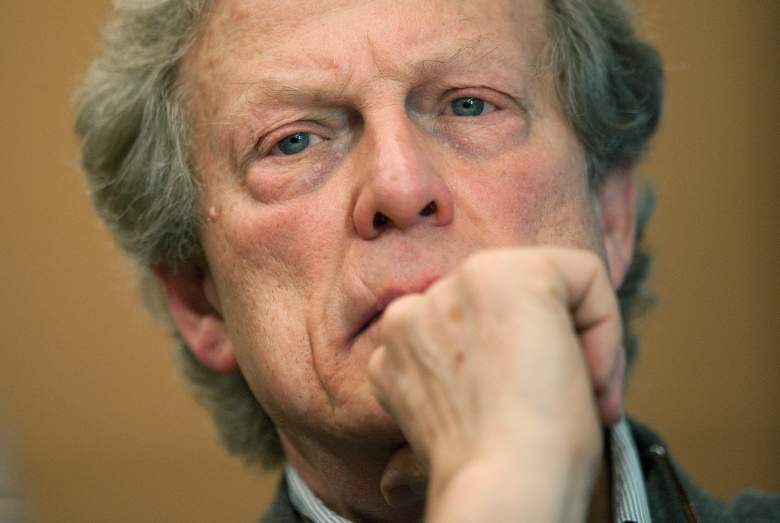 Gavin MacFadyen has passed away. (Getty)

Gavin MacFadyen has passed away. The Centre for Investigative Journalism tweeted the news about its founder on Saturday, after WikiLeaks created a stir when it tweeted a photo of MacFadyen without any explanation. How did the highly respected investigative journalist die?

The Centre for Investigative Journalism posted an article on Saturday, October 22, about MacFadyen’s passing. The Centre did not, however, mention a cause of death at first. Later, they amended the story to clarify that MacFadyen died of lung cancer on October 22. He was surrounded by loved ones when he passed away.

MacFadyen founded the Centre for Investigative Journalism in 2003 to address a worsening climate regarding in-depth reporting and journalism. He trained thousands of reporters around the world and mentored many who went on to have amazing careers. CIJ describes MacFadyen as “one of life’s bravest, most passionate and courageous souls…” CIJ’s article goes on to read:

His loyalty to those under attack from powerful forces, particularly whistleblowers and journalistic groups like Wikileaks, will remain a beacon for years to come.”

MacFadyen’s passing fueled conspiracy theories from some, who were concerned about WikiLeaks’ supporters following rumors about Julian Assange and news that his Internet connection was cut at the Ecuador Embassy. However, tweets that were shared before his cause of death was announced indicating that he had been suffering from ill health:

Gavin MacFadyen, purest and bravest human I've ever met. The countless people that love you are with you now, sending u our love and thanks! pic.twitter.com/ypPSn0jrwR

We send our loving thoughts to Gavin MacFadyen and his family at this very difficult time. pic.twitter.com/hZKiIlujaA

Many are taking to Twitter to share their sadness about MacFadyen’s passing. And the Center for Investigative Journalism has requested that anyone with memories and stories about MacFadyen email GavinTributes@tcij.org with their stories.

Was hoping Gavin MacFadyen had taken over for Assange (since cut off). Very sad to hear of his illness & passing. Keep fighting @wikileaks

@wikileaks Gavin MacFadyen passed away. He was an awesome warrior for the truth and an avid fighter for Wikileaks. https://t.co/wHHH68o0OP

@kellykolisnik @wikileaks this is a tremendous loss. RIP MacFadyen

Gavin MacFadyen lived a meaningful life dedicated to truth and justice. He was a friend. Terribly sad. Signing off. https://t.co/LnysddZYI3 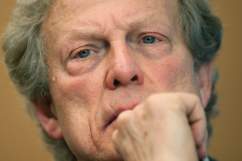 Why Did WikiLeaks Tweet a Picture of Gavin MacFadyen?