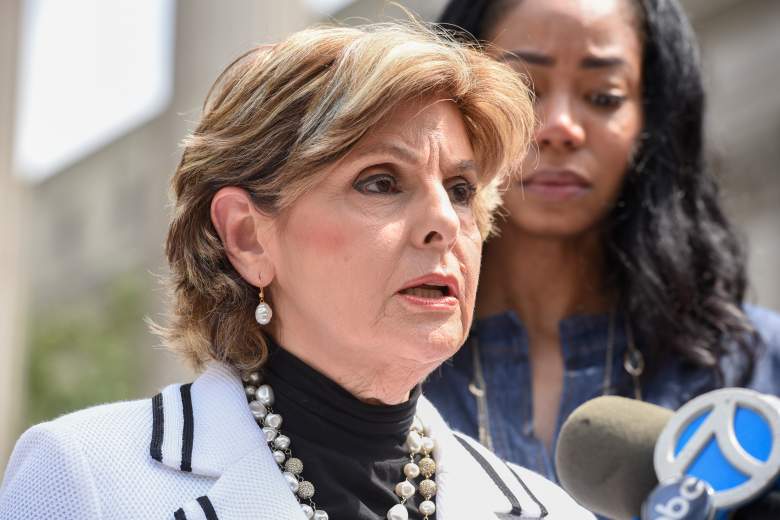 Gloria Allred and actress La Rivers announce the filing of a lawsuit at a press conference outside of New York Supreme Court on June 1, 2016. (Getty)

Attorney Gloria Allred will have a press conference this afternoon with another women accusing Donald Trump of sexual assault.

Over the course of her career, the 75-year-old civil rights lawyer has been involved in some of the most high-profile cases imaginable, from the O.J. Simpson murder trial to even Roe v. Wade. She typically takes on cases related to women’s issues, frequently representing sexual assault victims.

Here’s a look at some of Gloria Allred’s most famous clients. 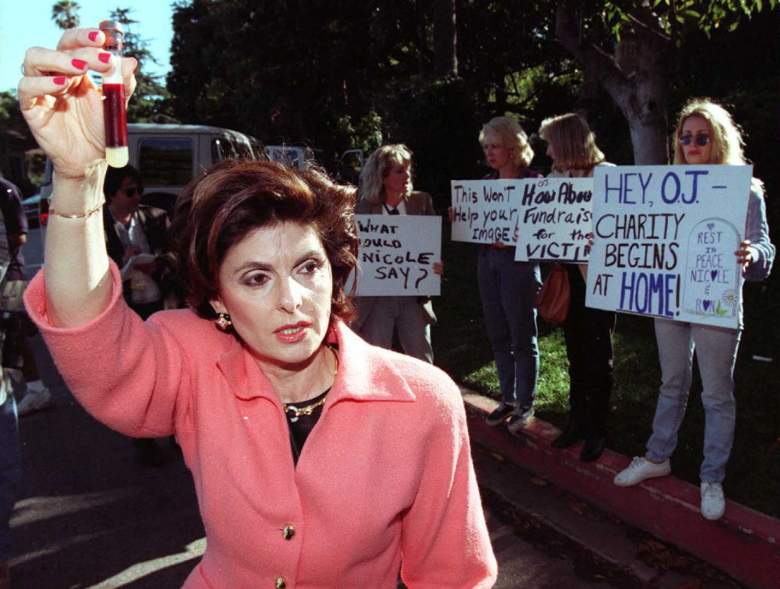 Gloria Allred, spokesperson for the family of murder victim Nicole Brown Simpson, holds a vile of blood in symbolic protest of a fundraising event held at O.J. Simpson’s estate in Brentwood, California. (Getty)

Allred was involved in perhaps the most high-profile court case in American history, representing the family of Nicole Brown Simpson during the O.J. Simpson trial.

Of course, O.J. Simpson was ultimately acquitted of the murder of Nicole Brown Simpson, but it was this case that allowed Allred to become well known across the country.

In an interview with Fox News earlier this year, Allred reflected back on the case and said that the justice system failed Nicole. 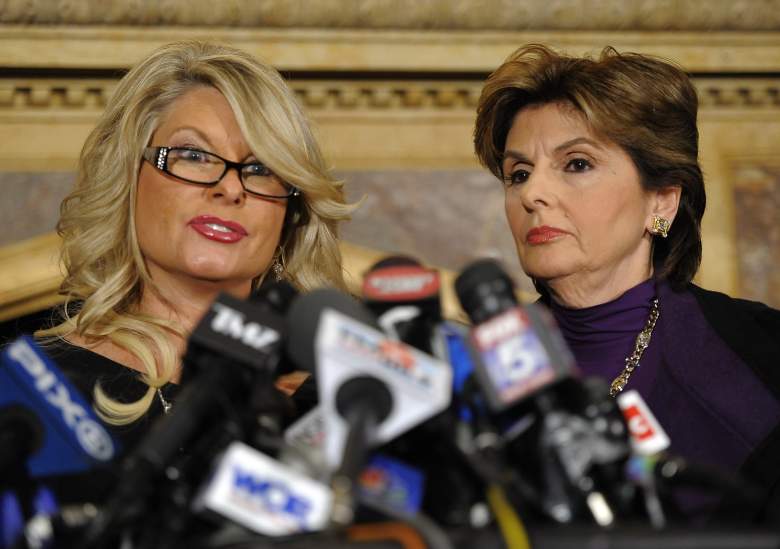 Gloria Allred speaks with Sharon Bialek during a news conference in New York on November 7, 2011. (Getty)

During the 2012 election, when Herman Cain was seeking the Republican party’s nomination, a woman named Sharon Bialek came forward to allege that Cain had sexually harassed her.

Bialek says that in the 1990s, when she met with Cain to seek advice on getting a new job, Cain made advances towards her and tried to grab her crotch.

The Cain campaign completely denied the allegation, releasing a statement that said, “Just as the country finally begins to refocus on our crippling $15 trillion national debt and the unacceptably high unemployment rate, now activist celebrity lawyer Gloria Allred is bringing forth more false accusations against the character of Republican front-runner Herman Cain.”

This, in addition to a woman named Ginger White alleging that she had had an affair with the Republican candidate, led to the collapse of Cain’s campaign and forced him to drop out of the race in December 2011. 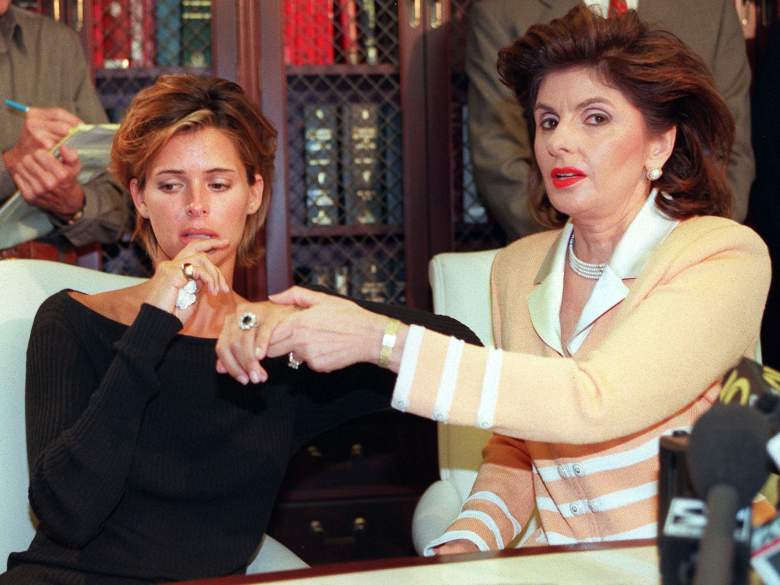 Kelly Fisher and her attorney Gloria Allred show off the large sapphire and diamond engagement ring given to her by former Egyptian fiancee Dodi al-Fayed. (Getty)

In the late 1990s, Dodi Fayed became involved romantically with Princess Diana, and his fiance, Kelly Fisher, decided to sue him for a breach of contract.

Fisher said that Fayed had bought her a wedding ring and promised to purchase a Malibu house for the two of them, and him abandoning her for Princess Diana meant he was not fulfilling that promise. She said in a press conference that Fayed had  “led her emotionally all the way up to the altar and abandoned her when they were almost there.”

The case was dropped when Fayed and Princess Diana died in a car crash. 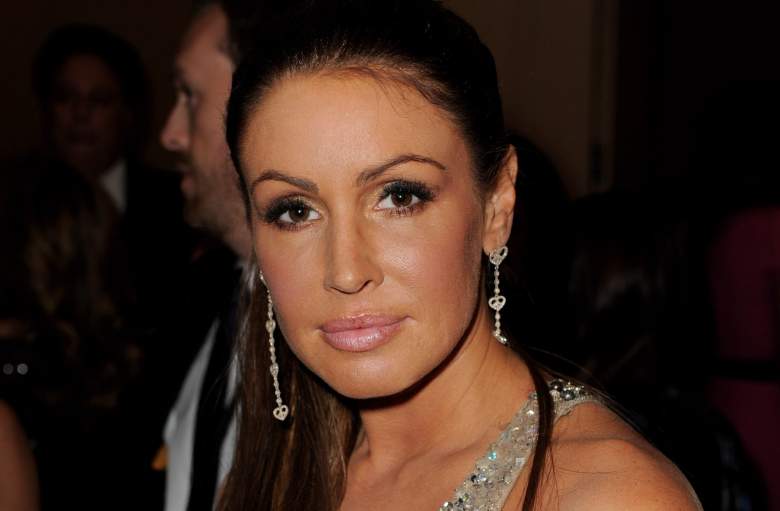 Rachel Uchitel arrives at the 32nd Anniversary Carousel of Hope Gala at the Beverly Hilton Hotel on October 23, 2010 in Beverly Hills, California. (Getty)

In 2009, Allred represented Rachel Uchitel, the woman who The National Enquirer revealed Tiger Woods was having an affair with.

This lead to an intense media frenzy, and after it became clear that the story about Woods and Uchitel was true, over a dozen more women came forward saying they too had affairs with Woods.

Woods and Uchitel reached a confidentiality settlement rumored to have been worth about $700,000. 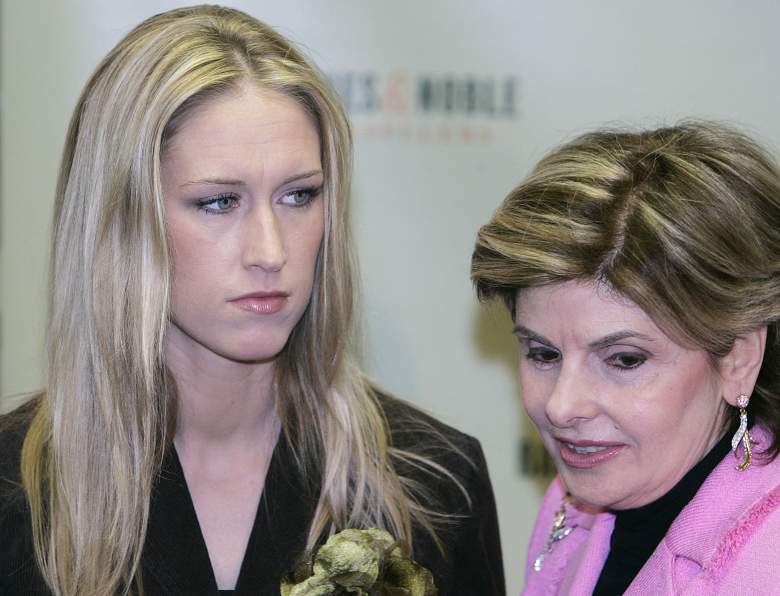 Amber Frey makes a promotional appearance for her book, “Witness” with her lawyer Gloria Allred. (Getty)

Allred was also involved in the Scott Peterson trial, which involved a man who was accused of killing his pregnant wife, Laci Peterson.

Allred represented Amber Frey, the woman with whom Peterson was having an affair prior to the murder. Frey testified in the case, and her hours of recorded conversations with Peterson helped to convict him of first-degree murder. He was ultimately sentenced to death, and he is currently on death row in California.

“I don’t regret anything,” Frey told The Today Show last year. “As crazy as it sounds as what came out and whatnot, I would do it all over again because it wasn’t about me. There was a missing woman carrying a child that if I had something that would help, without question [I would].” 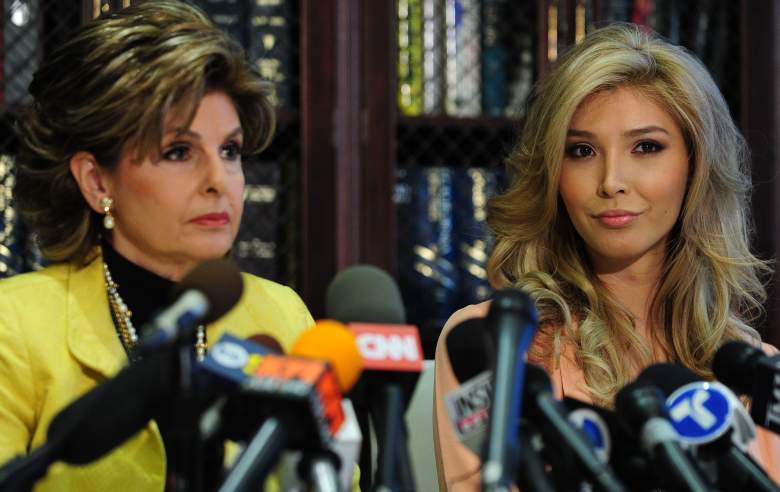 Jenna Talackova speaks at a press conference in Los Angeles on April 3, 2012. (Getty)

Jenna Talackova, a transgender woman, was disqualified from entering the Miss Universe Canada 2012 competition because she was born male.

Gloria Allred represented Talackova, and it was during this case that Allred crossed paths with Donald Trump, owner of the Miss Universe pageant. The case never ended up going to court, with the pageant reversing its decision and allowing Talackova to compete after all.

“As long as she meets the standards of legal gender recognition requirements of Canada, which we understand that she does, Jenna Talackova is free to compete in the 2012 Miss Universe Canada pageant,” Michael Cohen, special counsel to Donald Trump, said at the time. 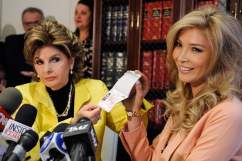 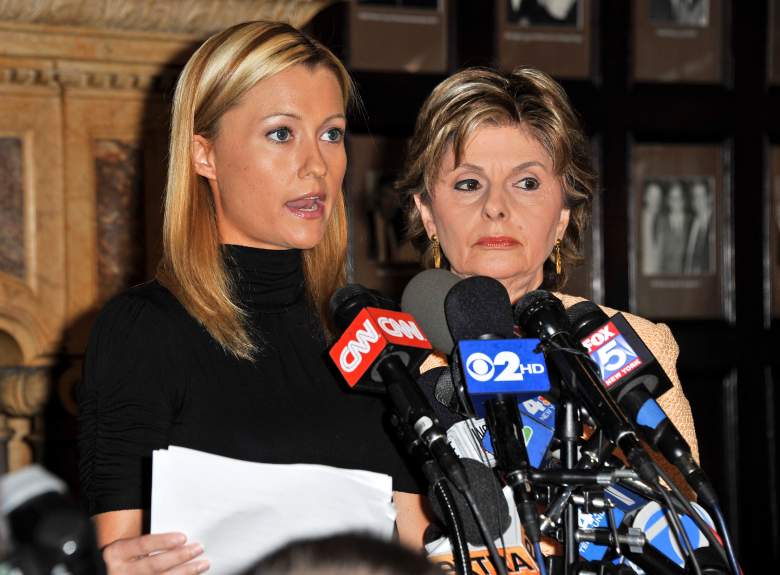 Gloria Allred looks on as Ginger Lee reads a prepared statement during a press conference. (Getty)

Lee soon had a press conference saying that while she had talked with Weiner online, she never sexted with him and always changed the topic whenever it got explicit.

Lee also said that she believed Weiner should resign, and she offered to testify during any subsequent investigation.

“I think that Anthony Weiner should resign, because he lied to the public and the press for more than a week,” Lee said during her press conference with Gloria Allred, according to The Huffington Post.

Weiner ultimately did resign from congress. 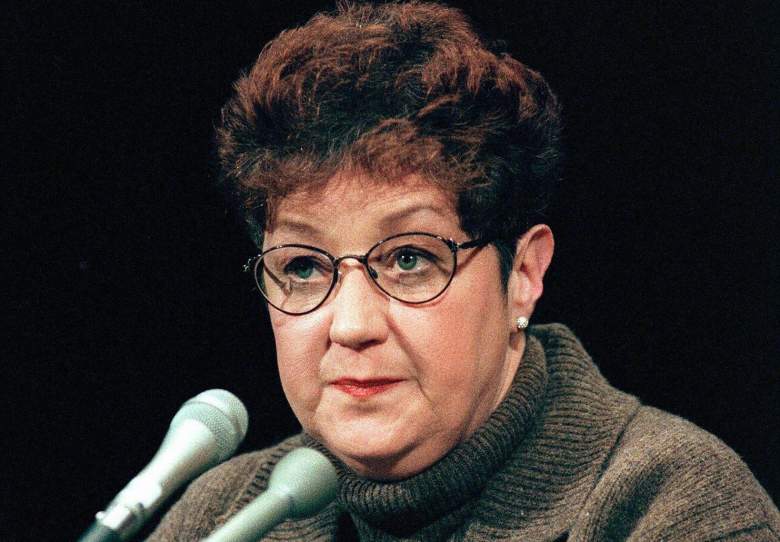 During the landmark court case of Roe v. Wade, one of the key figures was Norma McCorvey, a woman who was trying to get an abortion in Texas, a state that only allows the procedure to be conducted in cases of incest and rape.

Though Gloria Allred was not involved in the court case itself, she represented Norma McCorvey and helped her adjust to being a public figure after her alias was lifted and her name became famous.

McCorvey has since said she is pro-life, while Allred is pro-choice.

“I support her right to have whatever opinion she wishes to have and to choose her path,” Allred told The Huffington Post. “Obviously I would respectfully disagree with her. I’m more strongly pro-choice now than I’ve ever been in my life.” 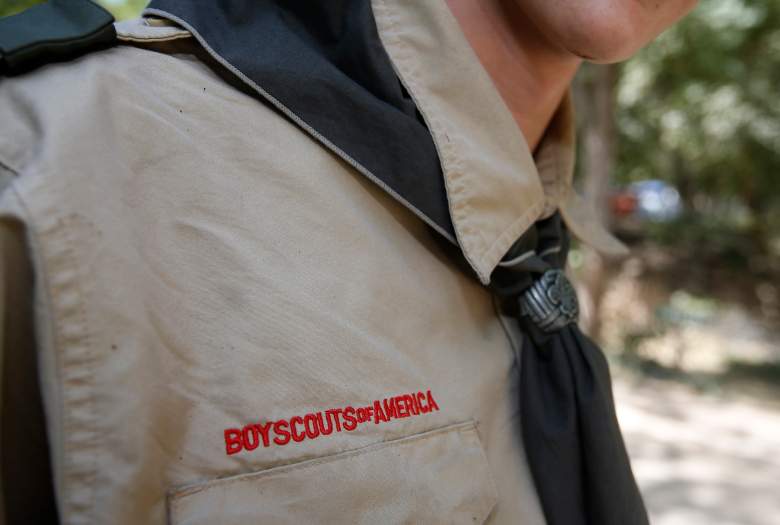 In the 1995 case of Yeaw v. Boy Scouts of America, Allred represented Katrina Yeaw, a young girl who wanted to join her brother’s Boy Scout troop.

She accused the Boy Scouts of America of discrimination for not letting her join due to her gender.

The case was ultimately unsuccessful, with the California Supreme Court deciding that the Boy Scouts could decide its own membership criteria. 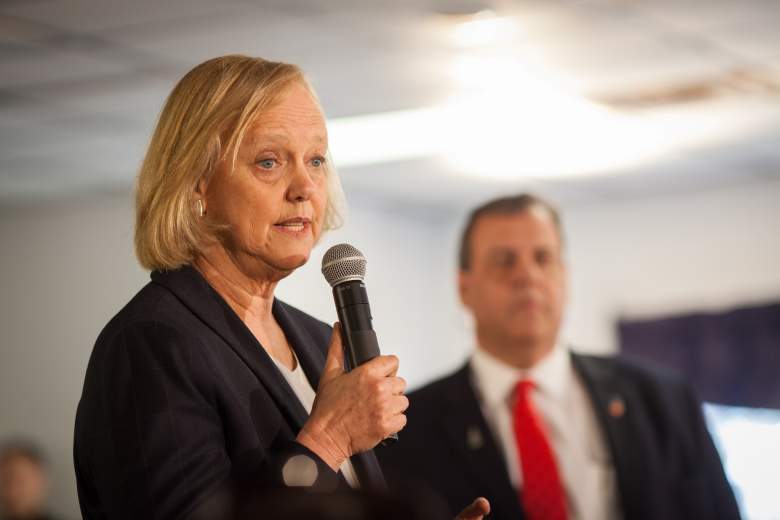 In 2010, Allred represented Nicandra Diaz Santillan, an undocumented immigrant who was fired from her job as a housekeeper for California gubernatorial candidate Meg Whitman.

Allred accused Whitman of lying to the public, saying that Whitman knew the woman was undocumented when she hired her and did not find out right before the firing as claimed.

One previous case Allred dealt with that involved sexual assault was that of Occidental College.

In 2013, several women came forward in a press conference with Allred saying that the school was discouraging sexual assault victims from reporting incidents.

The U.S. Department of Education later held an investigation and determined that the school did not properly address some student complaints but that it “did not otherwise violate federal civil rights laws,” according to the LA Times. The school agreed to implement new policies when it comes to reports of sexual assault. 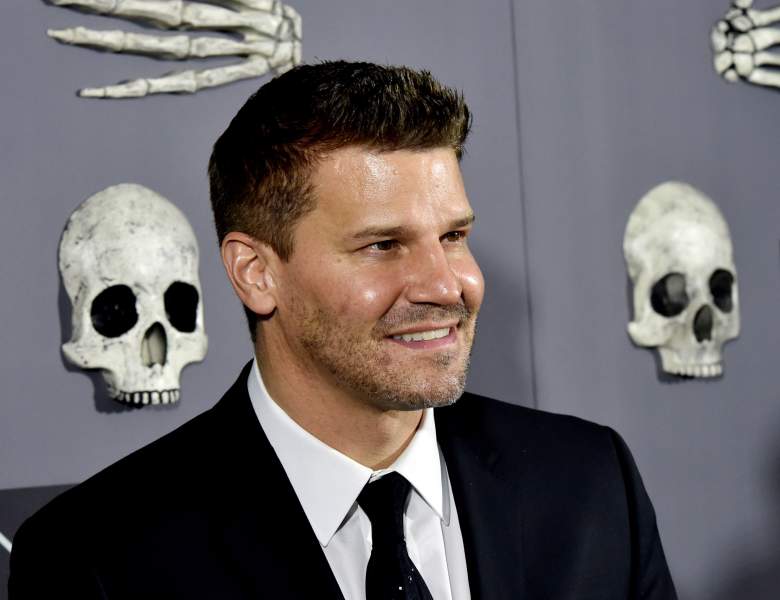 Another sexual assault case Allred took on was that of Kristina Hagan, a woman who sued actor David Boreanaz for sexual harassment.

Hagan said that when she appeared on Bones, Boreanzas repeatedly tried to kiss and touch her without consent.

The case was ultimately settled out of court, according to the New York Daily News. 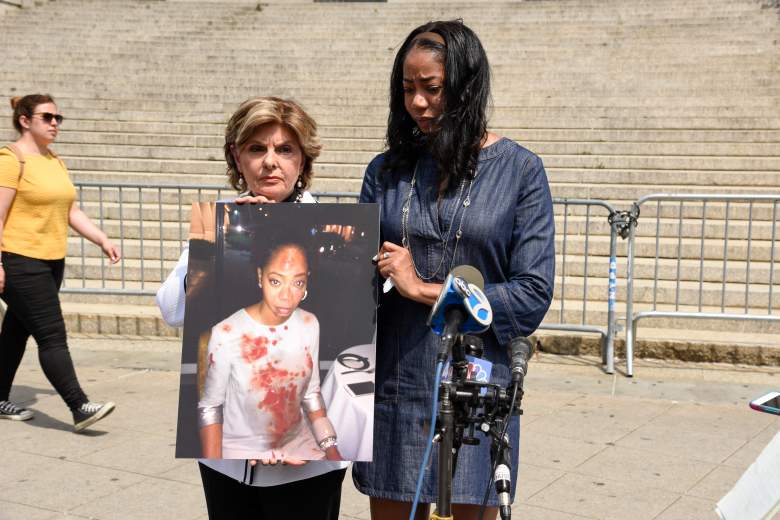 Gloria Allred and actress La Rivers announce the filing of a lawsuit at a press conference outside of New York Supreme Court on June 1, 2016 in New York City. (Getty)

In June of this year, Allred announced that she would be representing La Rivers, an actress who alleges that had been assaulted by nightclub manager Edward Moffett, according to The New York Daily News. 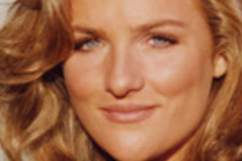 Loading more stories
wpDiscuz
3
0
Would love your thoughts, please comment.x
()
x
| Reply
Gloria Allred will have a press conference with a women accusing Donald Trump of sexual assault. Here's what you need to know about Allred and her clients.