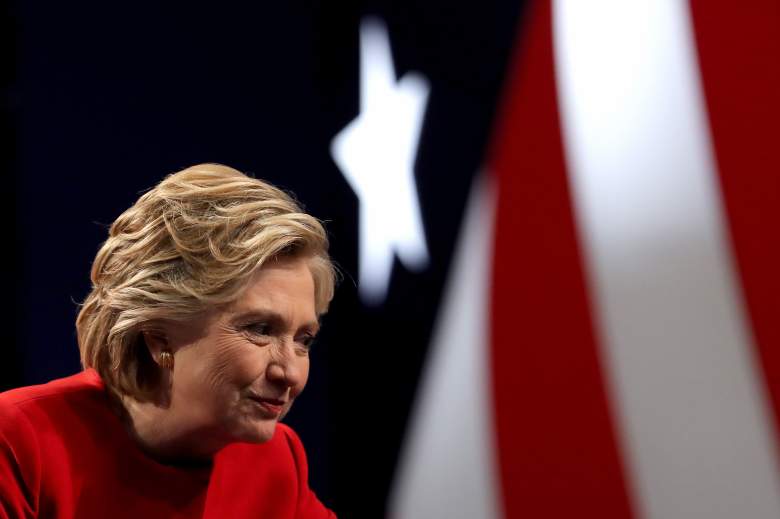 Hillary Clinton and Donald Trump faced off in the third and final presidential debate Wednesday night at the University of Nevada, Las Vegas.

The 90-minute debate was full of tense moments, and memorable lines. Trump, who has recently claimed that the election is rigged against him, refused to say on Wednesday night that he would accept the results of the presidential election.

Clinton called his answer “horrifying,” and accused him of “talking down our democracy.”

Here are Clinton’s best and memorable quotes from the debate.

“I understand and respect the tradition of gun ownership. It goes back to the founding of our country. But I also believe that there can be and must be reasonable regulation. Because I support the second amendment doesn’t mean that I want people who shouldn’t have guns to be able to threaten you, kill you or members of your family,” Clinton said in regards to the second amendment and gun control.

“And so when I think about what we need to do, we have 33,000 people a year who die from guns. I think we need comprehensive background checks. We need to close the online loophole, close the gun show loophole.”

“I will defend Planned Parenthood. I will defend Roe v. Wade and I will defend women’s rights to make their own health care decisions,” Clinton said on the topic of abortion and a woman’s right to choose.

“And we’ve come too far to have that turn back now. Indeed he said women should be punished, that there should be some form of punishment for women who obtain abortions. And I could just not be more opposed to that kind of thinking.”

“I was thinking about a young girl I met here in Las Vegas, Carla, who was very worried that her parents might be deported because she was born in this country, but they were not,” Clinton said while discussing her immigration plan. “They work hard and do everything they can to give her a good life…and you’re right, I don’t want to rip families apart. I don’t want to be sending parents away from children. I don’t want to see the deportation force that Donald has talked about in action in our country.”

Clinton turned an answer on border security into the an attack on Putin for the hack of her campaign’s emails, which the U.S. government has said was done by the Russian government.

“I actually think the most important question of this evening, Chris, is finally will Donald Trump admit and condemn that the Russians are doing this and make it clear that he will not have the help of Putin in this election, that he rejects Russian espionage against Americans which he actually encouraged in the past?”

“I think when the middle class thrives, America thrives. And so my plan is based on growing the economy, giving middle class families many more opportunities.”

When Trump said Clinton’s only experience was “bad experience.” She responded by saying she would gladly compare.

“Back in the 1970s, I worked for the Children’s Defense Fund and I was taking on discrimination … he was getting sued by the Justice Department for discrimination,” she said.

“And on the day I was in the Situation Room monitoring the raid that brought Osama bin Laden to justice, he was hosting Celebrity Apprentice.”

Clinton criticized the way Trump attacked the women who accused him of unwanted sexual advances, specifically on their appearance.

“He went on to say look at her. I don’t think so. About another woman, he said that wouldn’t be my first choice,” Clinton said. “He attacked the woman reporter writing the story, called her disgusting as he has called a number of women during this campaign. Donald thinks belittling women makes him bigger.”

“I’m reaching out to all Americans, Democrats, Republicans, and independents because we need everybody to make our country what it should be. … We need your talents, your skills, your commitment, your energy, your ambition,” Clinton said in her closing statement.

“I know the awesome responsibility of protecting our country and the incredible opportunity to be working for all of you,” she added.”

Loading more stories
wpDiscuz
0
0
Would love your thoughts, please comment.x
()
x
| Reply
Read on for the top best quotes by Hillary Clinton during the third presidential debate with Donald Trump.