Justin Ross Harris, 35, of Marietta, Georgia, went on trail this week on murder charges in the June, 2014, death of his 22-month-old son. Harris is accused of deliberately leaving the boy inside a sweltering hot car until he died, in an attempt to make the child’s death look like the result of a tragic accident.

Prosecutors also say that Harris, as his son slowly perished inside the hot car, not only went to work at his Home Depot jobs, he also engaged in “sexting,” exchanging explicit text messages with six different women — including a 16-year-old girl — while little Cooper Harris lay dying in the hot car.

Watch gavel-to-gavel coverage of the Justin Ross Harris murder trial in the video below. [Note: Due to the that posed by Hurricane Matthew, the Jstin Ross Harris trial will recess at the end of Wednesday’s proceedings, and then resume on Monday, October 10.]

In opening statements, Harris’s lawyers admitted that the dad is at fault in his child’s death — but that it was indeed a horrible mistake, and Harris did nothing criminal.

“The state is right about one very important matter and that is Ross Harris is responsible for his child’s death. It’s his fault. There’s no doubt about it,” defense lawyer Maddox Kilgore told the jury on Tuesday.

Wednesday, October 5, marked the first full day of testimony in the Harris trial, after prosecutors and defense lawyers spent the previous two days on opening statements.

One witness, James Hawkins, broke down crying as he recalled finding the lifeless body of Cooper Harris, according to an Atlanta Journal-Constitution report.

“His tongue was sticking out. His hands were clinched. He was just straight up dead,” Hawkins recounted in his emotional testimony.

Hawkins recalled attempting to administer CPR to the stricken child.

“It was blowing into a busted bag,” Hawkins recalled, according to CBS News. “He was gone. He was dead.”

Defense lawyers for Harris also did not try to justify the dad’s sexual behavior, which including sending a picture of his genitals in a state of arousal to one woman, via text message, as Cooper was trapped in the hot car.

What is the defense in the Justin Ross Harris hot car death trial: https://t.co/2KLyjW7zqN via @CNN

“Ross’ sex life, no matter how perverse and nasty and wrong that we think it is, it doesn’t have a thing in the world to do with the fact that he left that little boy,” his lawyer told the jury. “They’re completely unrelated. Got nothing to do with each other … It isn’t some kind of motive to murder the person he loved more than anyone in the world.”

According to police, Harris also went online just days before his son’s death, to research the effects of being trapped in a hot car on a child, viewing an online video on the topic not just once, but twice.

This story will be updated with new details as they become available. 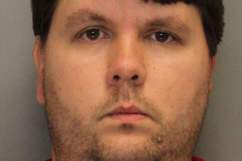